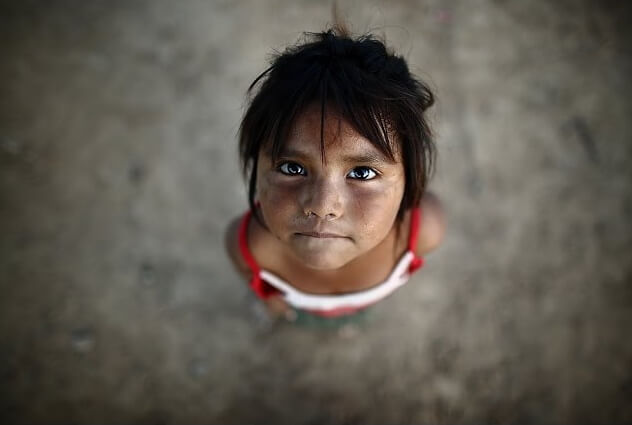 Na Sam (What is Ours)

A film that gives voice and presence to a culture that is dueling to exist
Support our journalism. Become a Patron!

“Na Sam” is a documentary film that sheds light on the modern Chorote way of life.

After being subjugated into a group of insecure land occupiers on their own land, the Chorote have arrived at a desperate pass.

Located in the central-western Chaco region of Argentina, the Chorote are witnessing the desertification of their homeland, widespread soil impoverishment and a loss of biodiversity stemming from indiscriminate felling of native forest and extensive cattle rearing enterprises

Industrial harm to the Pilcomayo River–a crucial source of fresh water and fish–has caused even more damage. The river now presents high levels of mercury contamination and other heavy metals due to spillages in the mining areas of neighboring countries.

Various other development plans, implemented on Chorote lands without consultation, have caused further alteration and degradation to areas of traditional use, leading to increased malnutrition and poverty and reduced access to fresh water.

Beneath this surface of harm, the Chorote are struggling now more than ever to maintain their language and traditions, and their cultural heritage, while adapting to this changing world.

Theirs is culture that is dueling to exist after generations of invisibility and oppression.