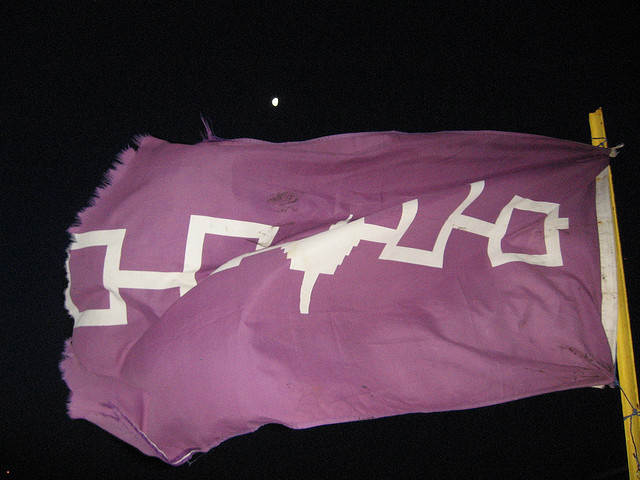 The Mohawk Councils of Kahnawà:ke, Tyendinaga and Akwesasne have issued a joint statement rejecting the planned shipment of nuclear waste through the Great Lakes and St. Lawrence Seaway system.

On Feb. 4, the Canadian Nuclear Safety Commission (CNSC), gave Bruce Power one full year to get 16 containers filled with radioactive waste to Sweden, where the waste can be recycled.

However, before the containers can get there, Bruce Power would take them on a risky tour “from Lake Huron, down the St. Clair River through to Lake Erie, Lake Ontario and then on through the St. Lawrence Seaway to the Atlantic Ocean,” notes APTN.

Though Sweden itself turns out to be far from neutral when it comes to Canada’s nuclear industry, the Mohawks’ concerns hit much closer to home. 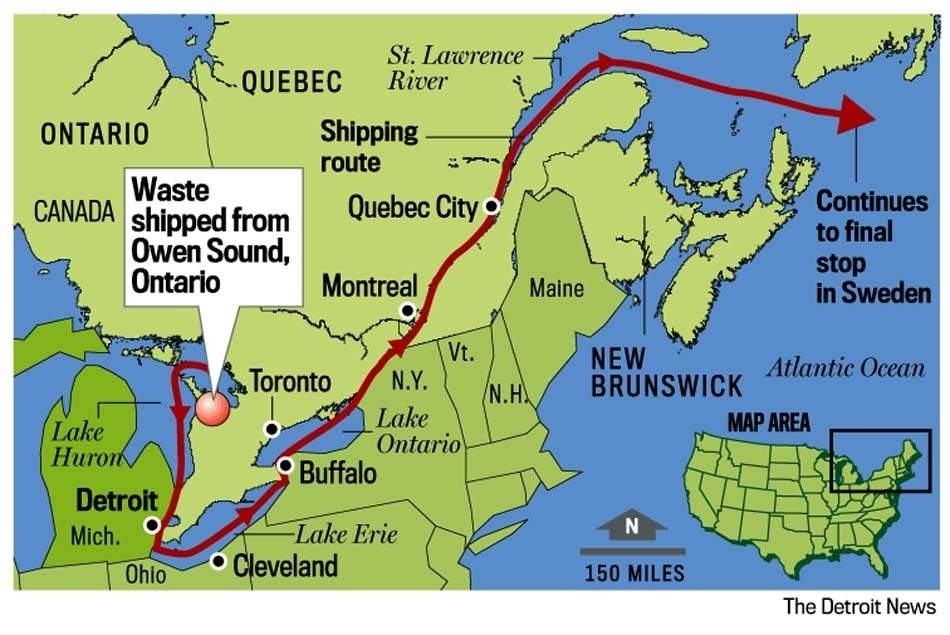 “The St. Lawrence River provides drinking water to some 40 million people,” says Kahnawà:ke Grand Chief Michael Ahrihron Delisle, Jr., in the joint statement issued Feb. 9 “But for us, it’s much more than that. If there is an accident, there is no place for us to go. This is our home. We cannot and will not tolerate the passage of nuclear waste through our Territory. There is no excuse for this to take place.”

The Mohawk people have been living in the area of the St. Lawrence for at least 9,000 years – and they’re still there today.

“We wish to make it clear that we are absolutely, 100% against this plan,” states Tyendinaga Grand Chief Don Maracle. “We have an obligation to protect Mother Earth and her inhabitants. We would be derelict in our duties if we turned a blind eye to this dangerous plan.”

“It is disturbing that the CNSC has placed the interest of Bruce Power before the concerns shared by our Mohawk brothers and sisters,” says Akwesasne Grand Chief Mike Kanentakeron Mitchell. “We were never consulted even though the shipment is planned to pass through our territorial waters. As a result, we condemn the Commission for disregarding our concerns and our desire to protect our great waterway for future generations.”

Their joint statement concludes, “We strongly urge the Commission to consider alternative plans to dispose or store the nuclear waste. Our three communities have pledged to work together to ensure the safety of Canadian, American and Indigenous people in this matter.”

In addition to the three Mohawk communities, the Anishinabek Nation, which represents 39 communities across Ontario, has issued its own statement against the planned shipment; because, they say, it violates Canada’s “rule of law”.

“The Supreme Court has stipulated the requirement for consultation and accommodation with First Nations,” states Grand Council Chief Patrick Madahbee. “First Nations have to be accommodated on activities that could have an impact on our traditional territories. The United Nations Declaration on the Rights of Indigenous Peoples says handling of hazardous materials in our territories requires our free, prior, and informed consent.”

“The Great Lakes were never negotiated by treaty and we have inherent and treaty rights to all our waterways. Neither the Nuclear Safety Commission nor Bruce Power can guarantee that a disaster will not happen with this shipment. The spillage of any hazardous waste would infringe on our constitutionally-protected rights to fish, hunt, and gather lake-based traditional foods and medicines.”

Thankfully, the Anishinabek and the Mohawks won’t have to face this alone. Their concerns are shared by numerous environmental groups, U.S. Republican Rep. Candice Miller and The Great Lakes and St. Lawrence Cities initiative, which represents 73 cities on both sides of the US/Canada border.

– In the four-part series “The Origin of Nuclear Power”, author Frederick Loberg explains that the Oskarshamn nuclear power plant in Sweden has been getting its uranium from the Rabbit Lake mine since the 1970s. Located on Dene Territory in northern Saskatchewan, the mine is wholly owned by Cameco. The Dene were staunchly opposed the project; but their rights and concerns–like those of the Mohawks–were ignored.