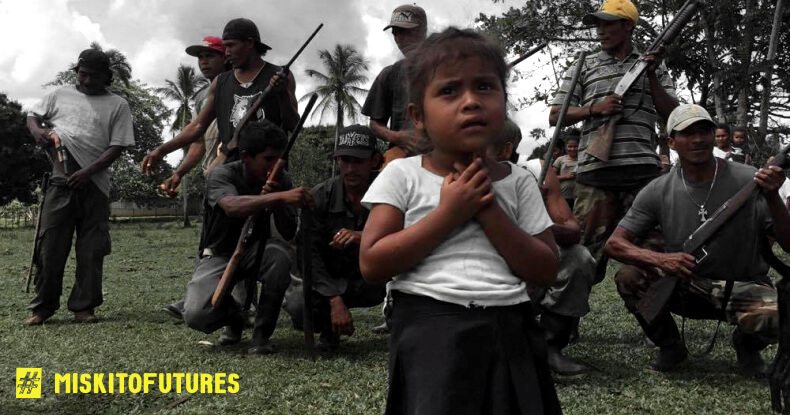 A Miskito girl stands in front of a group of armed defenders of Miskito Peoples and territory. Photo: Courtney Parker, Intercontinental Cry, 2016
Support our journalism. Become a Patron! 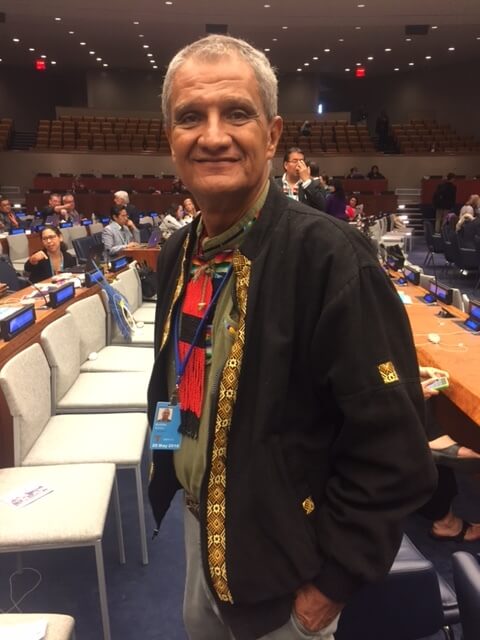 Brooklyn Rivera is the head of Yapti Tasba Masraka Nanih Aslatakanka (YATAMA) a Miskito political party that was founded in response to the 1998 Central American peace accords. A former guerilla leader of the historic Miskito resistance movement, today he is widely regarded as a liaison between the Miskito communities of Nicaragua’s Atlantic coast and Daniel Ortega’s Sandinista government.

Beyond the gaze of the international community, and unbeknownst to many Nicaraguans, the Miskito are living under a cloud of conflict and fear. Illegal land prospectors known as ‘Colonos’ are streaming in from the Pacific coast carrying illegal land permits and attacking Miskito villages in order to illegally evict them from their traditional lands. No one knows where the land permits are coming from; however, even Daniel Ortega himself is part of the overall consensus that the permits are illegal. 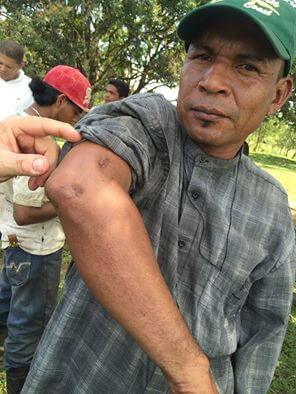 YATAMA secretary, Rosman Flores was shot by a Sandinista soldier while traveling through the conflict zone in September of 2015. Photo: Courtney Parker, Intercontinental Cry 2016

Adding to the devastation and confusion, Nicaraguan military personnel stationed in the region often appear complicit in the Colonos’ activities. If left unchecked, this human rights crisis runs the risk of spawning a physical genocide of the Miskito Peoples. In fact, many Miskitos fear that the invasion is a deliberate means to that unthinkable end; their traditional lands harbor some 80% of Nicaragua’s overall wealth of natural resources. Accusations are swirling among Miskito inner circles. No one is sure who to trust.

Rivera’s personal statement to Intercontinental Cry, ‘Pillage and Dispossession in Nicaragua’, cuts to the heart of the issues that have turned the beautiful tropical rainforest of Miskitia into a violent and deadly conflict zone.

When IC visited Miskitia in February of this year, word on the street was that Miskito groups were organizing themselves toward an armed militia in the event that the Ortega government failed to issue a timely response to their calls for justice and peace in their communities.

As the end of the month drew near, community leaders collectively issued an ultimatum. They gave the Ortega government three months to take action and responsibility for its myriad roles in the Miskito’s current struggle – which includes a lack of access to healthcare and education guaranteed under the socialist system, as well as negligence in dealing with the perpetrators of the armed conflict. Now, in May, this grace period is officially coming to an end.

Read the words of Brooklyn Rivera, accompanied by some photos IC retrieved as part of our on the ground investigation into the conflict zone of Miskitia.