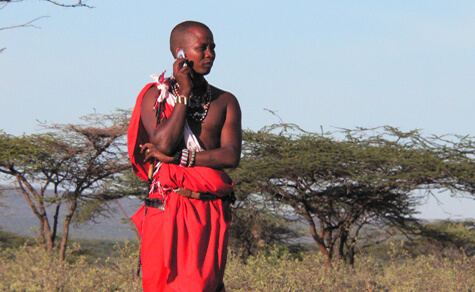 Milking the Rhino, is a new documentary film that attempts to get away from the cliches of nature documentaries to reveal the complex reality of human-wildlife coexistence in “post-colonial” Africa.

The film focuses on the Himba tribe in Namibia and the Maasai in Kenya – two of oldest cattle cultures in the world – who are both in the midst of upheaval.

Having emerged from a century of “white man conservation,” which converted their lands to game reserves and propagated a general resentment for wildlife, the two Peoples now find themselves struggling to protect local wildlife and provide for their communities, while at the same time protect their livestock, their lands, and occasionally even themselves.

The documentary was produced by Kartemquin Films and will be airing on the PBS series Independent Lens in the spring of 2009. To learn more about the film, you can visit www.milkingtherhino.org