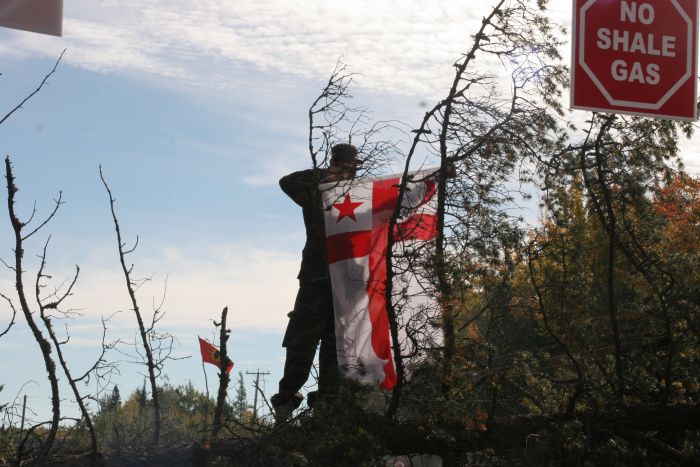 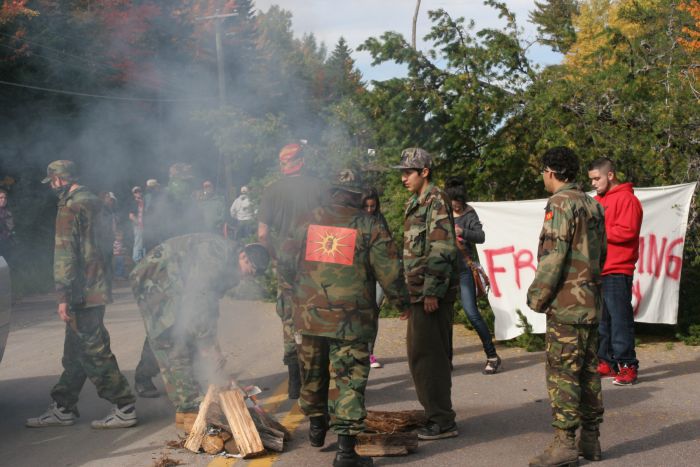 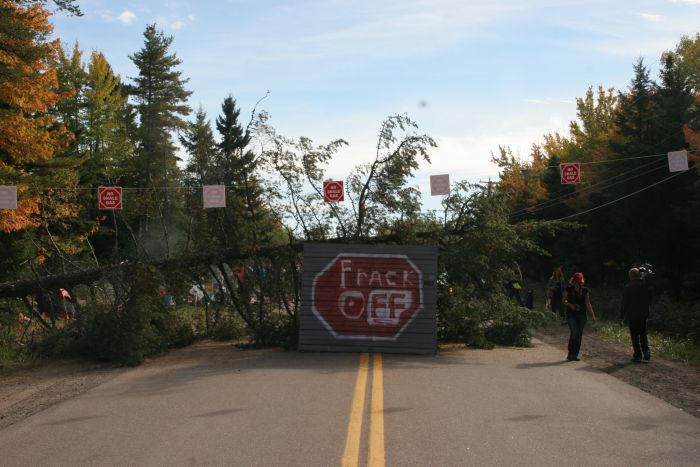 Members of the Mi’gmaw Warriors Society, an independently-run group that self-describe themselves as a ‘Homeland Security’ force, have felled several pine trees and are in the process of lighting fires along the highway. One van and numerous pine trees now also block access to the Irving-owned, gated compound that currently houses five of SWN Resources Canada’s seismic testing trucks, or ‘thumpers’. The thumpers are perceived by the activists to be a key piece of SWN’s equipment, without which the Texas-based gas giant will be unable to continue seismic testing in New Brunswick.

Jim Pictou of the Mi’gmaw Warriors Society notes that this action is a direct response to the RCMP moving their line of police cruisers closer to the make-shift encampment earlier this morning.

“The RCMP acted aggressively, so we’ve responded with an aggressively action,” says Pictou of the road bock. “This doesn’t mean that negotiations are over.”

This work by Miles Howe / MediaCoop.ca was re-published under a Creative Commons License.