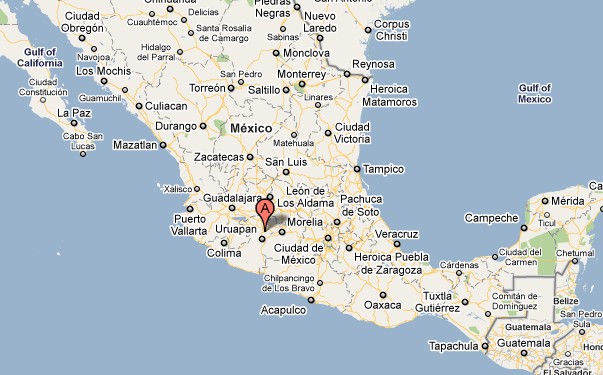 A Purepecha community is standing up to organized criminal gangs in the state of Michoacan, western Mexico.

On April 15, Purepechas from the indigenous community of Cherán detained a group of five loggers who were attempting to transport illegally-logged timber from their land.

Hoping to turn the loggers in, the Purepechas later informed local authorities about what had happened. But, two hours after doing so, a police car arrived in the community with two pick-ups that were occupied by more than a dozen heavily-armed men.

The armed men proceeded to open fire on the community, seriously injuring one person, Eugenio Sánchez Tiandón, who was shot in the head and remains in a coma.

Following the attack, the Purepecha, with few other options, declared an emergency “state of siege” and closed off all access points to the community.

The self-imposed state of siege is ongoing.

According to a May 5 report by Amnesty International, on April 23, “the community presented the five illegal loggers to representatives of the Federal Attorney General’s Office (Procuraduría General de la República, PGR) along with 140 complaints from residents.”

Four days later, another group of illegal loggers tried to gain access to the community; but they, too, were stopped by the Purepecha.

Unfortunately, the community came under fire once more–only this time, the armed men didn’t have a police escort. Two community members, Pedro Juárez Urbina and Armando Hernández Estrada, were killed in the attack.

It has been over three weeks since the two Purepecha men were killed on April 27; however, the community reports that warnings of reprisals have been sent to community leaders by the armed gang, which is believed to have ties to the main drug cartel in Michoacan.

According to the very latest reports on the “Cheran rebellion” as it’s been labelled by the press, the Mexican government has sent troops and federal police to patrol the outskirts of the community; something the Purepecha had been calling for since the state of siege began. But it remains to be see if they’ll actually do anything.

Providing some background, a community spokesperson recently told reporters that Cheran has been under attack for the past three years. Speaking on the condition that he remain anonymous, the spokesperson said that, since 2008, a total of nine people have been killed and five others have been disappeared.

In that same amount of time, Illegal loggers have deforested nearly 80 percent of the region’s 30,000-acre forest. “But during the past year, the groups seem to be supported by organized crime groups,” the spokesperson said.

In light of the ongoing state of siege and the clear need for justice in Cheran, Amnesty International asks you to PLEASE WRITE IMMEDIATELY in Spanish or your own language to support the Purepecha: