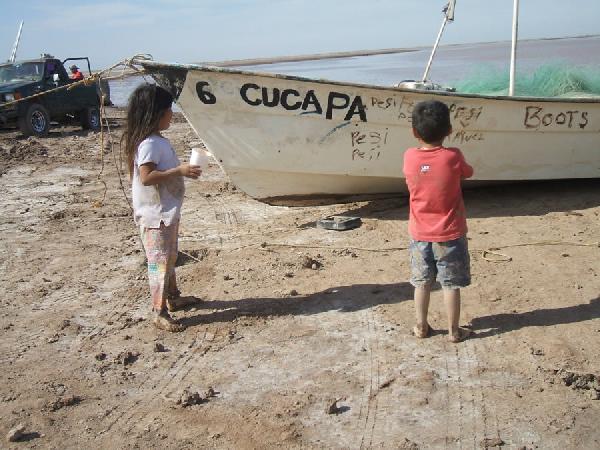 Mexico Confiscates Fish from the Cucapa

Apparently, non-indigenous fisherman saw them catching the fish and told federal authorities, alleging they were violating a seasonal ban that started last week. It was later confirmed that the Cucapa were violating the ban.

The fishing community, however, maintains their right to harvest the Corvina, also known as the weakfish, because they depend on it for subsistence.

Frontera NorteSur quotes Hilda Hurtado, a Cucapa leader, “We’re surrounded by federal police and soldiers as if we were delinquents,” says Hurtado. “The federal government’s action is very denigrating. It’s very bad. We are indigenous and fisherwomen who work from March to May in order to live the entire year.”

Frontera NorteSur goes on to explain,

Cucapa leaders and legal representatives [also maintain] that current federal regulations ignore centuries of indigenous traditions and uses. Alejandra Navarro, a researcher with the Autonomous University of Baja California, contended that Mexico’s federal government has not delivered scientific studies solicited by the Cucapah group that would prove the need for the fishing restrictions.

“What do they want us to do in order to survive?” Hurtado said. “This is honorable work, and we are proud to be indigenous people and fisherwomen. Maybe there are few of us Cucapahs, and we do not generate a lot of votes, but the government has gone too far and we don’t know what is going to happen.”

An estimated 150 Cucapah families depend on fishing in the Gulf of California and Colorado River Delta. Almost two years ago, the indigenous-federal conflict drew some international attention. Garnering the backing of the Zapatista-inspired “Other Campaign,” Subcomandante Marcos visited the Cucapah to show his support of their cause.