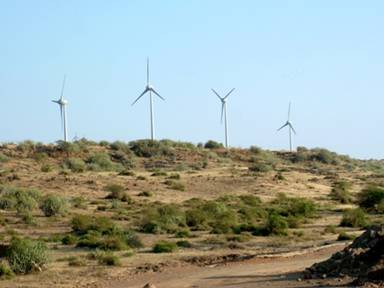 Hundreds of Indigenous campesinos have been tricked into giving away their lands for a wind farm project on the Isthmus of Tehuantepec in Oaxaca, Mexico.

The non-Spanish speaking agrarians signed tenancy agreements with a number of different companies, some of which last up to 60 years. Now the companies refuse to fulfill their end of the agreements.

For instance, the Spanish company Union FENOSA promised agricultural aid to Faustina López Martínez, from the village of Juchitán, so they can run a set of windmills on her 3 hectares of land for the next 30 years. The company, however, will not give her the aid – offering only the lesser part of the agreement, 150 pesos (less than US$15) a year.

Divided between FENOSA, berdrola, Endesa, Preneal, Gamesa and others, there are at least 185 different contract violations like like this. A group of lawyers from human rights organizations in Oaxaca and Mexico are attempting to annul them.

Perhaps serving a greater example — if anything, about the limitations of privately-owned land — the Santiago Niltepec community, located east of the Isthmus, refused to sign a tenancy contract with FENOSA.

“José Santiago Ramírez, secretary of the Santiago Niltepec Community Goods Commission, says the Spanish transnational offered 30-year contracts and 1,000 to 1,200 pesos — $98 to $117 — per hectare (2.5 acres) to the campesinos annually to rent their lands. But no company can have a contract directly with the landowner since 95 percent of the population’s lands is communal,” notes the Latin America Press.

The example, is that instead of having to deal with (as in manipulate) one individual, the company must face an entire community. Further, if the Niltepec had chosen (perhaps by a referendum) to sign the contract with FENOSA, who then betrayed it, at least the community would be in a strong position to defend their land and rights.

It’s always better to be a part of a community than to stand alone, dependent on the kindess of strangers.