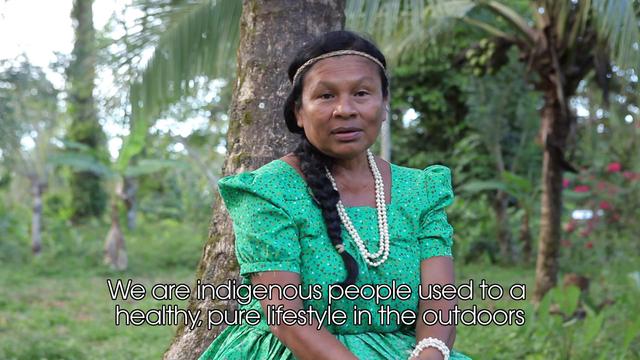 Message to the world from the Naso Indigenous people in Panama

The Panamanian government has plans to build a massive hydroelectric plant within the Naso Indigenous Reserve. In this short interview by the Selva Rica Project, a Naso matriarch shares her views on what will become of her people if that project is allowed to move ahead.

Editor’s Note: I recently spoke to Selva Rica to find out more information and details on what kind of support the Naso Peoples want from the international community.

We were informed that the situation is quite complicated right now due a leadership dispute between two individuals who both claim to be the rightful king of the Naso (the Naso are traditionally governed by a Monarchy). Furthermore, the Naso still do not have legal title to their lands.

In light of this, Selva Rica recommends that the best course of action at this time is to spread the word and inform people about what is going on.

Intercontinental Cry will to do just that. IC correspondent Jennifer Kennedy, who resides in Panama, will be visiting the Naso People later this year to address the issues.