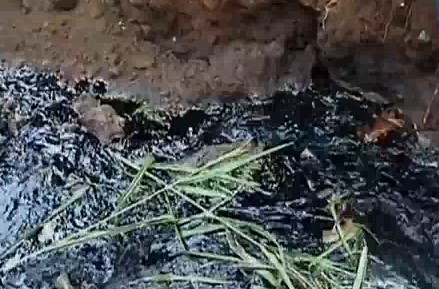 A heartfelt message from Amazon rainforest communities in Ecuador to the new Chairman and CEO of Chevron: “We don’t want to continue dying of cancer.”

Over the course of three decades in Ecuador, Chevron dumped more than 18 billion gallons of toxic waste water and spilled roughly 17 million gallons of crude oil. “Surpassing the Exxon Valdez spill by millions of gallons, it is one of the worst environmental disasters on the planet. Thousands of indigenous people have been paying the price, suffering from mouth and uterine cancer, birth defects, and spontaneous miscarriages.”

This video message is an appeal for the California-based oil company to finally do the right thing in Ecuador: clean up its massive contamination of the rainforest.

In addition to the video, Amazon Watch has set up a petition drive to support the communities’ demands for a clean-up, as well as compensation for the health and environmental impacts, and access to health care and potable water for all affected people.

Below, a letter from Atossa Soltani, the founder and Executive Director of Amazon Watch, to the New CEO:

You Have an Opportunity to Resolve Human Tragedy in Ecuador

I write to you on behalf of Amazon Watch to express our hope that as Chief Executive of Chevron Corporation you will have the fortitude and vision to genuinely address the most painful and immediate challenge facing your company – the Ecuador disaster.

Our hope is that you will not miss this critical opportunity to resolve the human and environmental tragedy in Ecuador and transform Chevron into the responsible 21st century energy company professed in ‘The Chevron Way’ and in your ‘Human Energy’ advertising campaigns.

Your company is currently facing a $27.3 billion financial liability in Ecuador. We ask that you reflect on Chevron’s handling of the Ecuador situation over the course of the last decade. You should remember Chevron’s Annual General Shareholder Meeting in April 2001 – on the eve of the Texaco acquisition – when I delivered to your company a binder, titled “El Dorado,” with more than 500 pages of comprehensive evidence documenting Texaco’s massive environmental contamination in the Ecuadorian Amazon. At that meeting, I warned Chevron that by acquiring Texaco the company would not only take on the moral responsibility of rectifying the tragedy in the Amazon, but also assume a very costly financial liability.

Despite increasing shareholder and analyst concern, the growing public demand that Chevron take responsibility for its actions in Ecuador, and the resulting multi-billion liability they have spawned, Amazon Watch has witnessed your company pursue an expensive, ethically questionable, and counterproductive policy with regard to the Ecuador case.

Mr. Watson, as you surely know, the situation on the ground is dire. Thousands of acres of once pristine rainforest have been devastated by oil pollution. More than 30,000 indigenous peoples and campesinos have been left without clean water to drink. Children play beside toxic waste pits. Young women have been ravaged by stomach and uterine cancer due to poisoned water. As you are well aware, Texaco has admitted to having deliberately released 18 billion gallons of toxic wastewater into the waterways of the Ecuadorian Amazon, and to having left hundreds of abandoned unlined pits filled with crude oil and poison sludge over the course of more than two decades of oil operations. And now, as a direct result, a devastating public health crisis has consumed the region.

We are keenly attuned to Chevron’s public relations strategy with respect to this matter. The basic approach is to consistently blame the contamination of the Amazon on Petroecuador, Ecuador’s National Oil Company. Petroecuador’s poor record of environmental stewardship – largely because it has used an oil production system built by Texaco and designed to pollute – does not diminish Texaco’s responsibility for catastrophic contamination from 1964 to 1990. Texaco’s deliberate dumping dwarfs any subsequent pollution. Rather than continuing to shift the blame to Petruecuador, it is time for Chevron to assume the responsibility for Texaco’s legacy in Ecuador.

To remind you of Texaco’s unethical practices in the 1970’s, we have attached here a confidential memorandum from the Chairman of the Texaco Board of Directors to the Acting Manager of Texaco in Ecuador in 1972. The memo instructs the staff only to report “major events as per Oil Spill Response Plan” if they attract “the attention of press and/or regulatory authorities” and goes on to instruct: “no reports are to be kept on a routine basis and all previous reports to be removed…and destroyed.” We trust that as the incoming CEO of Chevron, you do not condone this kind of denial, neglect and obfuscation made plain in the 1972 Texaco memo. We are interested in hearing your position on the matter.

Furthermore, and perhaps most importantly, it is our understanding that you have never been to Ecuador, Mr. Watson. It is of great concern to us, and should be to you, that the information and advice provided to Chevron senior management since the Texaco acquisition has lacked integrity and independence. We do not believe that a well-informed and responsible senior management team could reasonably pursue the current “blind fight” legal and public relations strategy if it indeed possessed accurate information. Consequently, and with the best intentions, we would like to invite you to visit the affected region of Ecuador in the sincere hope that seeing the abandoned toxic waste pits and poisoned waters and hearing the innumerable stories of human suffering will move you to do the right thing.

Until Chevron takes meaningful steps to resolve this case, it will continue to play out in the courts of Ecuador, as well as in the global court of public opinion. You have a choice between allowing the ongoing suffering and environmental devastation in Ecuador to tarnish your company’s reputation, or providing a bold example of ‘The Chevron Way,’ which states “We respect the law, support universal human rights, protect the environment, and benefit the communities where we work.”

Rather than continue to battle the communities that have already paid a heavy price to enrich Chevron, we believe you have an opportunity to help bring an end to their decades of needless suffering.

We don’t make these suggestions lightly or symbolically; we appeal to you to resolve this human and environmental tragedy, and lead Chevron into a new era of meaningful corporate social responsibility.

We look forward to your response.