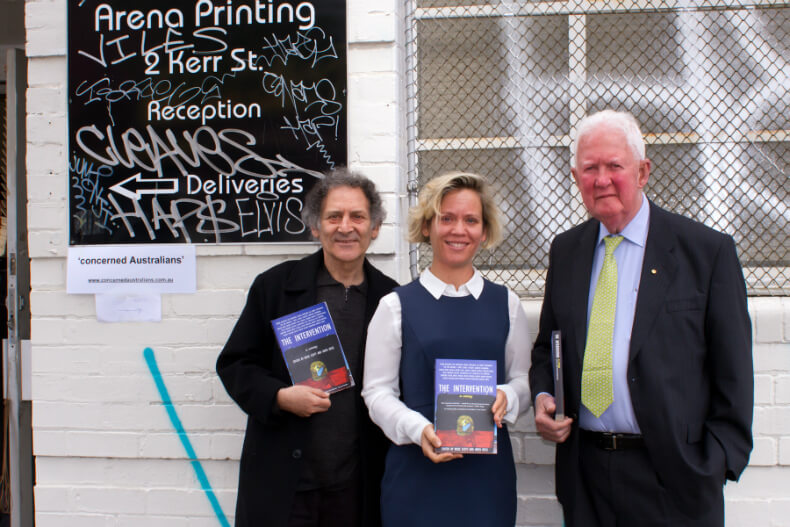 In the second half of 2015 it is becoming clearer that many Aboriginal people and their communities “are now so fed up with Government orchestration of the so called policy consultation process that they are asserting their right to discuss the issues on their own and where necessary challenge or resist the oppression,” Jeff McMullen AO.

This is leading to growing calls and meetings across the country for the right of Aboriginal people to determine their own futures and for recognition of their sovereignty through treaty or treaties.

Nowhere is this more pronounced than in the Northern Territory where Aboriginal people have now lived under the Intervention for eight years with its consequent disempowerment of Aboriginal communities. In 2012 the Intervention was re-badged and extended for ten years (Stronger Futures and other related package of three laws). This imposed further punitive controls over Aboriginal peoples of the N.T.

With this context the newly published book, “The Intervention – an Anthology”, is very timely.

More than twenty award-winning and internationally recognized Aboriginal and non-Aboriginal Australian authors have taken a stand by using the power of their words to generate much needed discussion and debate. Importantly, as well, the Anthology includes statements from a number of N.T. Elders about the Intervention. Indeed, this book chronicles a very shameful page of [Australia’s] history.

The book gives a broad-sweeping assessment from people who live under the destructive impacts of intervention controls, as well from writers and Aboriginal leaders who clearly see the damage the Intervention continues to do long after it has disappeared from the mainstream psyche.

Contributor, Nicole Watson writes, “In spite of the profound consequences for Aboriginal people, the public debate over the measures has been minimal.” Nicole, of the Birri-Gubba people, will join one of Melbourne’s contributors, Arnold Zable, and well known Australian author in speaking at the Melbourne launch.

Arnold Zable speaks of the importance of ‘listening’ and quotes, “Been too much intervention not enough listening…Side by side, on equal ground. Working it out. Sitting with the community, sitting with the elders…Where there is intervention, there will be resistance.”

The Honourable Alastair Nicholson AO RFD QC, retired Chief Justice of the Family Court, who has passionately and frequently spoken out about the injustice of the Intervention will also speak and launch the book. He states,

The experience of so called “consultation” by successive Federal Governments has led to a complete loss of confidence in such a process on the part of many Aboriginal and Torres Strait Islander people to the point that it is questionable whether any agreements based on consultation can ever be legitimate.

Representatives of the Aboriginal and Torres Strait Islander people appointed /elected by them must be permitted to negotiate as equals with Governments to arrive at binding agreements acceptable to both. Such agreements could take the form of a legally binding treaty perhaps enshrined in and given effect by the Constitution.

This book, The Intervention – an Anthology, adds to the litany of actions that have oppressed and continue to oppress Australia’s First Nations People for over the last 237 years. The book should be widely read by Australians young and old.

It is time to “listen” to the people and allow their rightful place and voice in their lands. 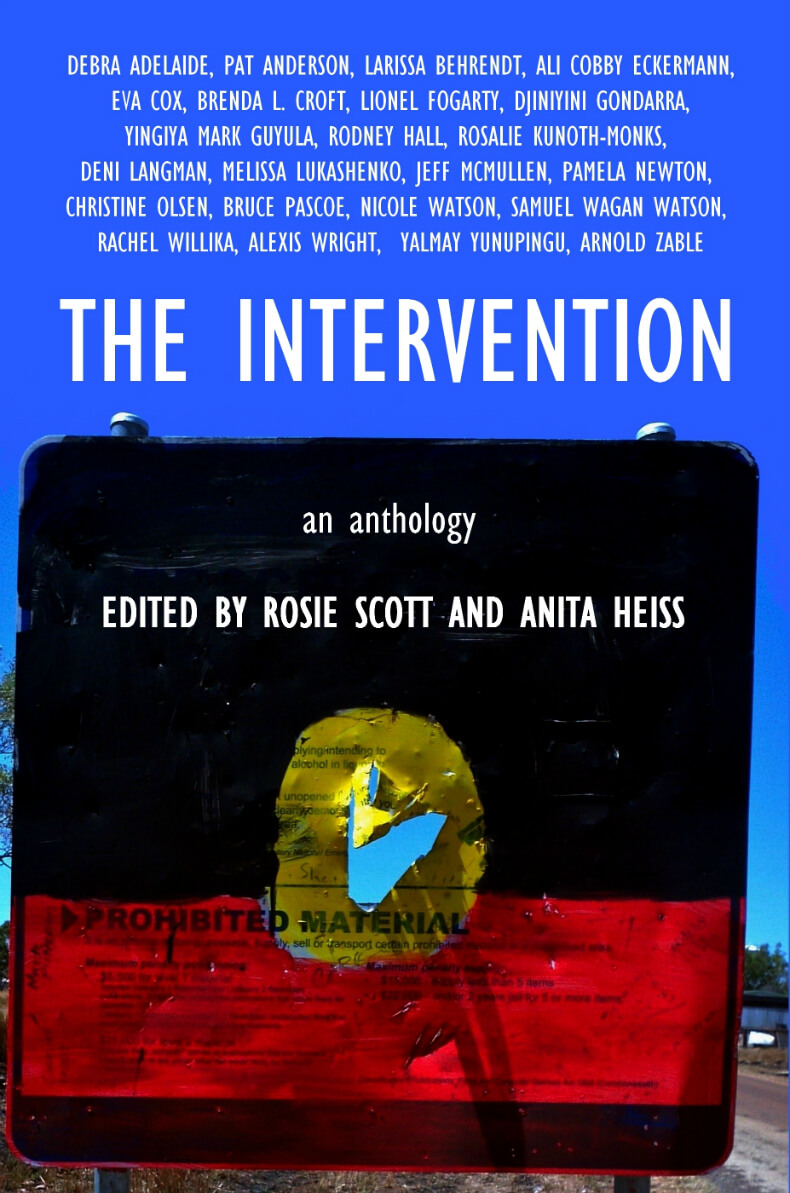 The Intervention: an Anthology

In this historic anthology, award-winning writers Rosie Scott and Dr Anita Heiss have gathered together the work of twenty of Australian’s finest writers both Indigenous and non-Indigenous together with powerful statements from Northern Territory Elders to bring a new dimension and urgency to an issue that has remained largely outside the public radar.

The book may be purchased online via: www.booktopia.com.au