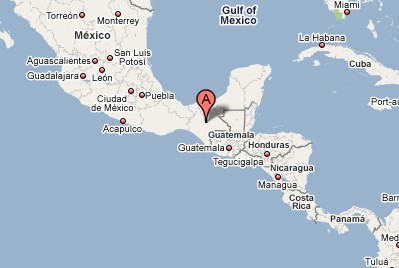 Mayans: “We’re not leaving, even if we have to die”

In a coordinated effort with “civilian aggressors”, as many as 260 police officers tried to evict 500 Mayan families from a 6-acre lot of land they occupied last month, near the town of San Cristobal de las Casas, in Chiapas, Mexico.

The eviction ultimately failed, but not before twelve Mayans and fifteen police were injured and about 100 homes were destroyed.

The attempted eviction took place on the morning of March 26, following an order from the Mayor of San Cristobal de las Casas. At the prompting of civilians from the town, the Mayor said the Mayans have to be evicted because the land is owned by “the National Commission for the Development of Indigenous Peoples” (CDI), a Federal Agency that is supposed to “protect and promote the interest and well-being of [Indigenous Peoples] with due regard to their beliefs, customs, traditions and institutions.”

According to eye witnesses, the police, who were armed with pepper spray and riot shields, cordoned off the area while the civilians began to raid and set fire to the Mayans’ homes. The civilians were themselves armed with gasoline, sticks and Machetes.

“They said nothing. They began to hit us and destroy things,” said one Woman. “They treated us like animals.”

Needless to say, the community defended itself, picking up stones, sticks, and whatever else was on hand. The police “tried to respond the same way” says the EFE News Service, but they finally decided to withdraw without managing to expel the [Mayans].”

The community has since warned that they have no intention of leaving the land. “We’re not leaving, because we have nowhere to live and even if we have to die, we’re staying here.”