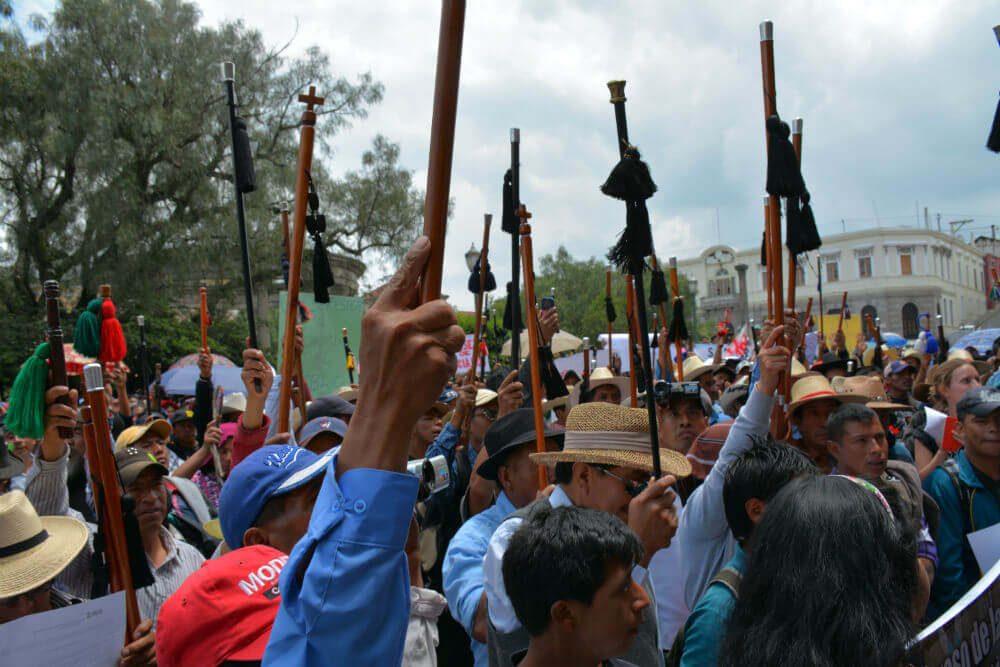 On Monday, June 23 in Guatemala, the Mayan People’s Council, known as CPO, declared a national strike in support of, and in solidarity with, the Mayan people of Guatemala. Local indigenous populations took to the street at 29 different locations all over the country in demand for equality in dignity and rights.

Lolita Chávez, Maya Quiché, and member of the political commission of CPO, explained: “We want the Government to respect our way of living and the society we want, and in which hydroelectric and mining projects as well as monocultures have no place.”

Eliu Orozco, Maya Mam and another member of the political commission of CPO, added: “The initiative to call for a national strike was aimed at creating an understanding of what significance the Mayan population has sustaining the economy. Our political proposal is to institutionalize the practice of “Vida Digna” in politics. Therefore, we promote the effective participation of the local authorities that have been elected in local assemblies and thus are legitimate representatives of the Mayan people. With respect for the rule of law, we have taken action through legal ways in order to demand the Government to respect our legitimate rights recognized in the Constitution and in international conventions. However, we continue to accumulate ‘NOs’, that is, to express that we lack rights.”

Udiel Miranda, Maya Mam, lawyer and human rights defenders from CPO explains: ‘We have filed petitions to the highest national court, the Constitutional Court, but we have not been heard. We are not respected as citizens of our own country and the law does not apply to us.”

Udiel Miranda also pointed out that there is a call for a cease of the political repression and persecution of all those who stand up for rights and social causes. 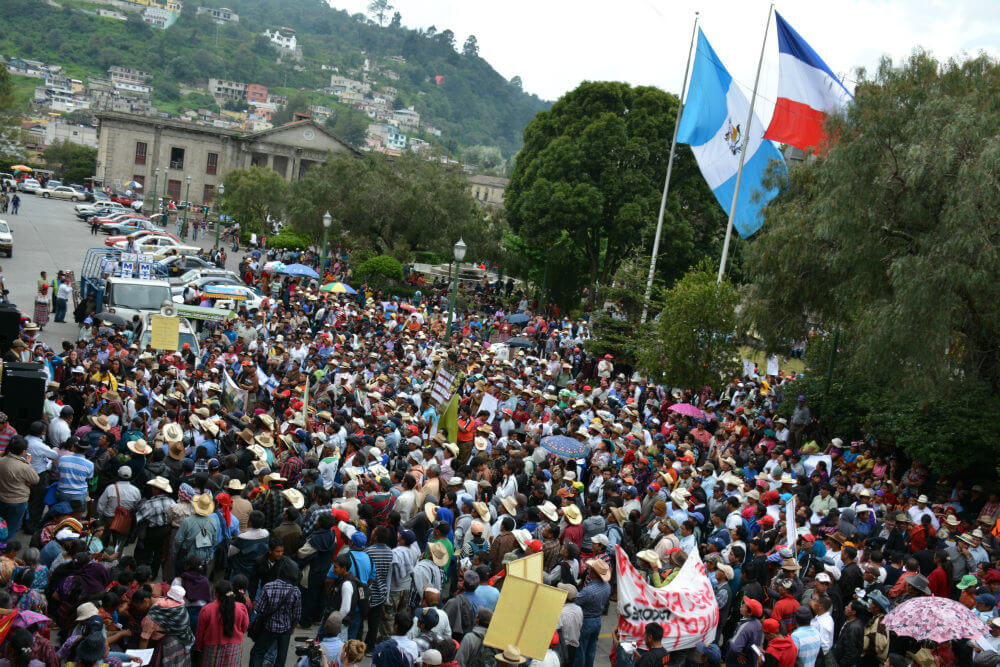 The majority of the 50,000 people who participated were not only local authorities from several Mayan groups, but also union members, workers from the health sector and other social groups, in a joint force which some referred to as a historical day.

Archbishop Alvaro Ramazzini talked to the people who had gathered in the Central Park of Quetzaltenango, the second city of Guatemala: “It is a historical moment to see all of you here today and with such a great consciousness. I can see this lead to the fundamental change of the state structure that we need in order to create an inclusive society, without racism and discrimination, providing common good for all of its citizens.”

Ramazzini also warned that the tactic for domination in Guatemala has always been, and still is, to “divide and rule.” He explained that the political parties are especially keen to apply this strategy and therefore the citizens must vote with great consciousness at the next election in 2015.

The mass media painted the event as an impediment to the traffic caused by the trade unions, with very few references to the demands of the indigenous Mayan people.

The government had announced their intention to ensure the circulation of traffic, but apart from some difficulties getting past some of the demonstration points in the capital and the highway to the western parts of the country, there were no reported arrests or violence between police and protesters. 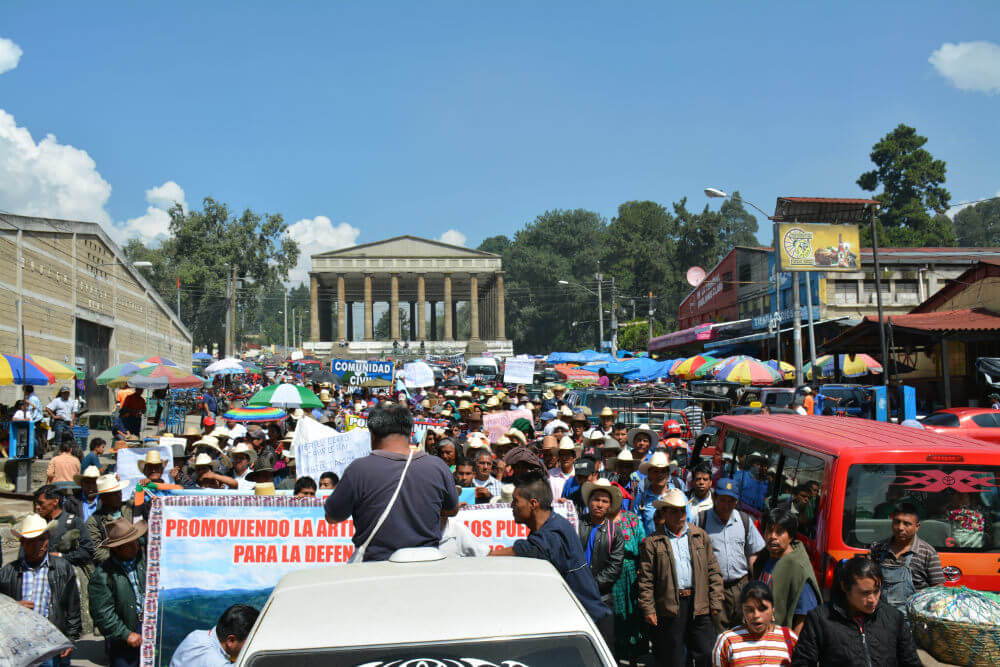 Hermann Girón, President of CACIF, a powerful organization monitoring the interests of the business sector in Guatemala expressed his critique of the strike in the daily national newspaper, El Periodico: “These kinds of actions cause serious harm to the families and companies of this country…. It is of fundamental importance that the constitutional rights are being protected and that the responsible people are being subjects to legal actions.”

The Mayan People’s Council concluded their communiqué of the national strike: “Our participation during the upcoming general elections will contribute to a balance of power in the existing entities and facilitate a peaceful and democratic transition toward a new plurinational constitutional reform process. Without our effective participation, an inclusive and sustainable development directed towards combating poverty, will not be possible.”

Article originally published at Upside Down World. Republished with permission