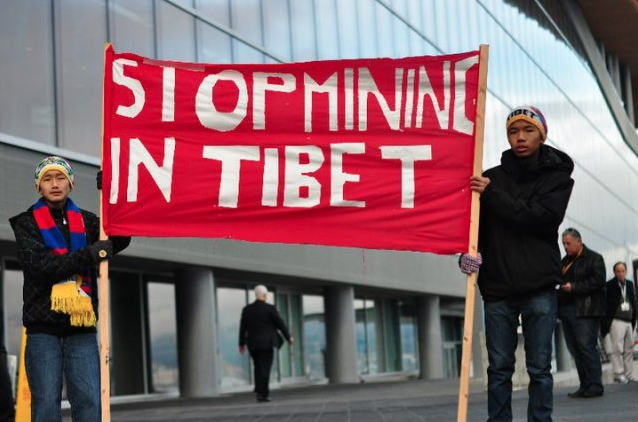 Photo from www.stopminingtibet.com
Support our journalism. Become a Patron!

While the mainstream media says almost nothing about the struggles and hardships of the Tibetan people, they say even less about China’s Western Development Strategy in Tibet; that is, what the Chinese government is actually doing there and who’s helping them do it.

Some would claim that the Western Development Strategy is a ‘champion’s march’ to develop “the economically backward regions of western China,” as China Dialogue recently put it.

Others would strongly disagree with that assessment, including the international network Students for a Free Tibet (SFT), who describes the strategy, launched in 1999, as “[a] politically motivated plan designed to further consolidate control over Tibet through economic rather than military means.”

“Claiming that the plan will bring ‘development’ and ‘prosperity’ as well as ‘national unity’ to the region, million dollar investments have been made in large scale transportation and communication infrastructure, most notably the construction of the China-Tibet railway and major extractive projects like mine operations and oil pipelines,” continues STF on their campaign website Stop Mining in Tibet.

A new map, published this week on Tibetan Plateau, shows us just how many extractive projects SFT is talking about. 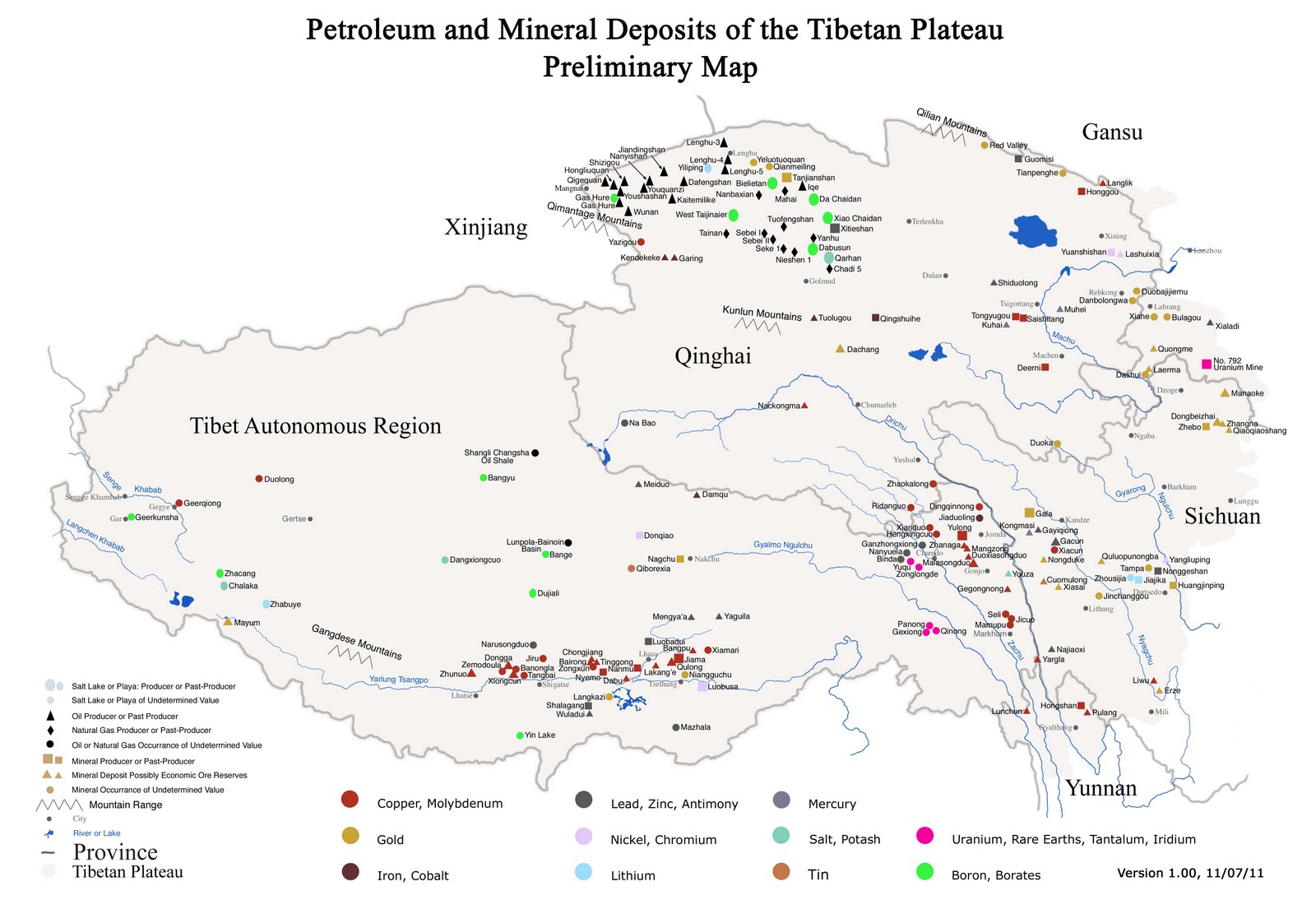 The Tibetan people themselves have little or no involvement in these projects, and they certainly don’t benefit from them. Rather, according to SFT, China relocated “millions of ethnically Chinese settlers into Tibet” and the resources they now help to extract go directly “to China’s industrial provinces along the Eastern seaboard”.

Another map, published earlier this year, highlights the number of Canadian companies currently or previously operating on the Plateau: 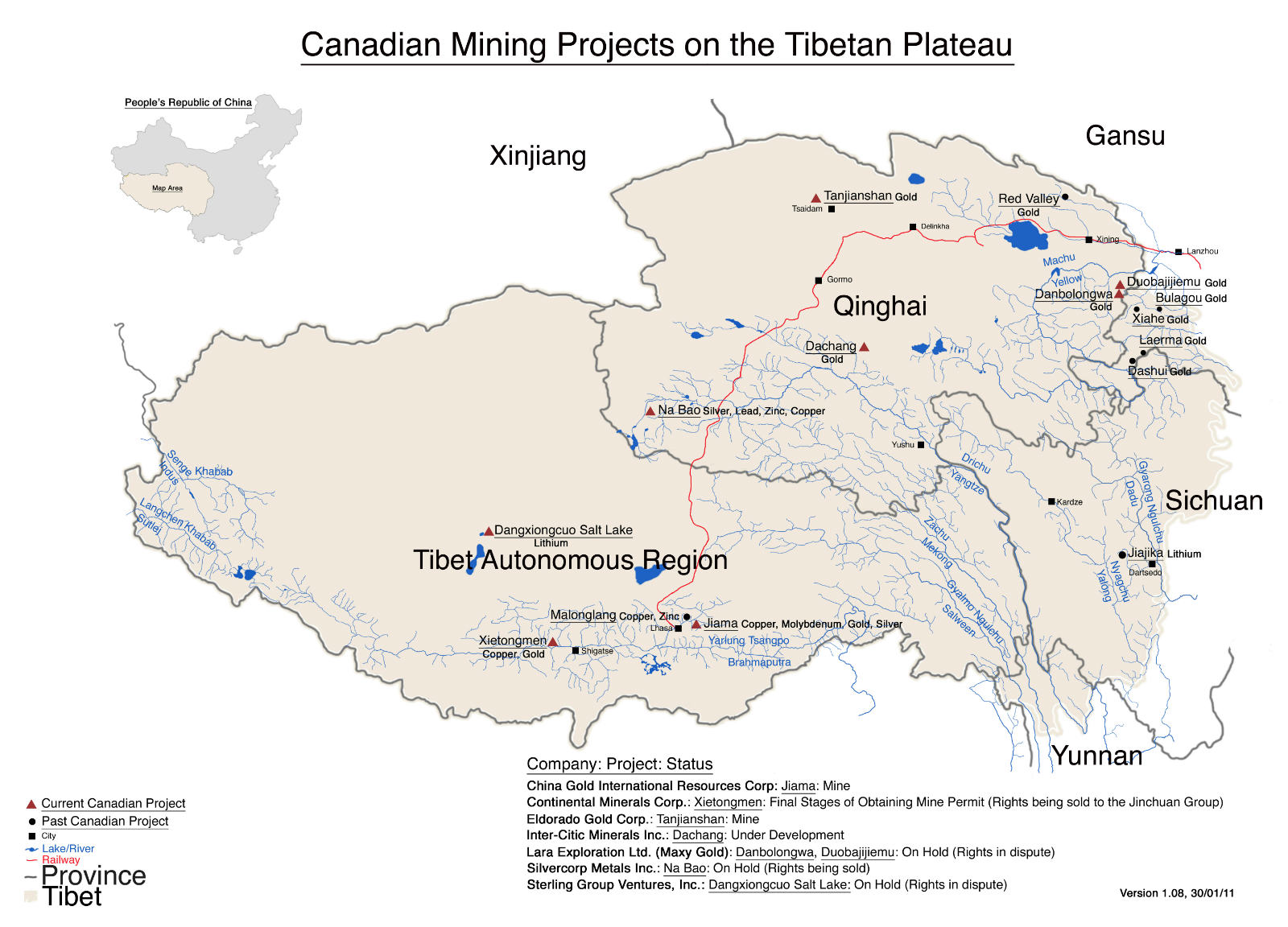 Relatively speaking, there really aren’t that many Canadian mining companies in Tibet; but even one is, perhaps, one too many, given China’s colonial aspirations for the region. The Chinese government literally wants to wipe Tibet from the face of the Earth… The country has already been wiped from many of National Geographic’s maps and Google Maps.

Through the Western Development Strategy, Canadian companies are helping China carry forward its aspirations. They are, in effect, validating China’s claims by taking advantage of the political situation which is threatening the survival of Tibetan Culture and Identity.

Of course, you wouldn’t know it if you rely on CNN, Fox News, Reuters, AP and other mainstream news agencies for your daily dose of news. In fact, if you buy into all the propaganda, you may not know that a place like Tibet even exists.