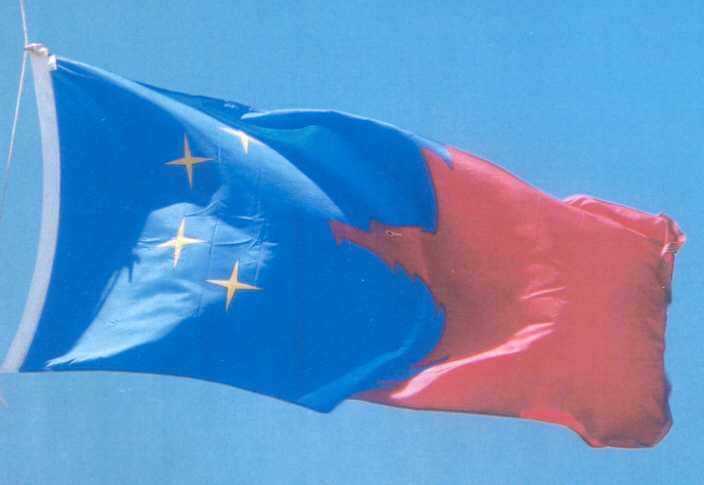 Cross Lake, Man. — Pimicikamak Executive Council and its representatives worked diligently with Manitoba Hydro in good faith to assure safe passage for Hydro personnel to restore power on Tuesday to two homes in Cross Lake that had been without power for six days due to a burned out transformer.

But before repairing the transformer, Hydro disconnected two other homes which was not the terms of the agreement made between Hydro and Pimicikamak.

One of those homes belongs to a 70-year-old woman and the other to a family with young children.

“It is very disheartening to see first hand that Hydro has no remorse or conscience for their actions leaving an elderly woman or that young family with small children with no heat or lighting in the bitter cold nights during this fall season. This is the very region where they reap their wealth from” says David Muswaggon

Pimicikamak (pim-i-chick’-a-mak) authorities understood that Manitoba Hydro would meet with them in the future to discuss outstanding bills owed by consumers of hydro- electricity and understood that Hydro agreed they would not disconnect any more homes in the interim.

“We agreed to certain measures and steps with Hydro, and they did not honour their word,” said David Muswaggon, a member of the Pimicikamak Executive Council.

In terms of the issue of outstanding hydro bills by consumers, part of the problem is the combination of exceptionally high bills—due to substandard housing and cold temperatures—and lack of economic opportunity for Pimicikamak citizens.

“It’s really hard for people to keep up with their bills,” says Muswaggon, adding that all the hydro rate increases hit people in the north especially hard.

Had these customers lived in Southern Manitoba, they would have not been disconnected. Centra and Manitoba Hydro are not allowed to disconnect natural gas and electricity customers between October 1 and May 14 each year, in order to ensure that those customers can heat their homes through the winter. Customers in Cross Lake do not enjoy that protection.

The irony is that people living nearest the dams and nearest to the damages, have some of the highest hydro bills in the province yet the wealth is generated from their territory.

The greater irony is that Pimicikamak citizens are surrounded by tremendous wealth, but much of that wealth flows right past the community to the south. In the last fiscal year, Manitoba Hydro produced an average of $3.58 million worth of electricity every day from waters that pass through Pimicikamak territory.

If Pimicikamak had fair access to the economic opportunity right around it—whether in the form of water rentals, or funding for world-class environmental clean up, or funding to make buildings more energy efficient—and if Hydro and government would work constructively with Pimicikamak rather than engaging in petty battles, there could be good news stories coming out of Cross Lake.

“Pimicikamak shares the same concerns with Hydro that customers who owe have a responsibility to pay for what they consume” says David Muswaggon.

“Hydro expects Pimicikamak consumers to live up to their obligations for service provided and pay in a timely manner. Pimicikamak agrees that any parties who agree to such promises have a responsibility to live up to those sacred covenants much like the Treaty promises Hydro made in the 1977 Northern Flood Agreement.”

Instead, Manitoba Hydro appears to be trying to put Pimicikamak citizens against their elected leaders. According to an article published October 8 on www.winnipegfreepress.com, Manitoba Hydro spokesman Glenn Schneider said, in reference to a woman living in one of the homes affected by the transformer burn-out: “She lives in a community where her political leaders have made decisions she now has to live with.”

Cross Lake reported a routine maintenance problem where one of Manitoba Hydro’s transformers fuse blew nearby a neighbourhood. “What was a $60 problem and a 5 minute fix turned out to be a 6 day health risk trek and anxiety for one family” says David Muswaggon. A simple routine maintenance.

Hydro took advantage of the situation to add fuel to the fire by refusing to attend Cross Lake to put political pressure on the leadership and putting the health and safety of two families at risk. The two additional disconnections in late fall now has compounded Hydro’s action by assuming the liability for the lives of the other two families.

“We cannot be held liable for the recent actions of Hydro exposing these families and others without electricity that northerners rely on” says David Muswaggon.

“We were very concerned when we heard hydro employees were threatened for doing work at Cross Lake. Pimicikamak leaders have asked Hydro to bring specific reports to them about such incidents so the leadership can work with Hydro to address those problems with its citizens. Hydro has not reported back any such threats to Chief and Council. Our priority much like Hydro is the preservation of life and the health and safety of any employee at any work place” says Muswaggon.

Pimicikamak Citizens have verbally reported the antagonizing behaviour of local hydro employees while disconnecting electricity from peoples homes which has resulted in some tension between individual customers and the local workers.

“We have relayed these concerns to Hydro Management that such behaviour of Hydro employees on the ground is not acceptable and does not help Manitoba Hydro in its efforts to normalize relations with Pimicikamak people” says David Muswaggon.

“We do not accept Crown utility personnel using our citizens as political pawns,” says Muswaggon. “We need constructive, good-faith dialogue, not PR games.”

Pimicikamak applauds and supports IBEW Local 2034 with its recent statement that Manitoba Hydro’s Bully antics and this type of profiling is not acceptable anywhere and that Hydro has a duty to provide service to paying customers.

“Continuing to disconnect the old, the infirmed and pre-dominantly unemployed people during the cold nights now is not humane” says David Muswaggon.

Schneider is also reported to have said that Pimicikamak leaders went on local radio to tell residents not to pay their hydro bills. This is incorrect.

Pimicikamak leaders have been in close communication with senior government and Hydro officials this week regarding the power outage, ultimately providing the requested letter of safe passage.

“We have many big issues to deal with,” says Muswaggon. “We’re pleased the Provincial Government has expressed interest in working with us. We invite Hydro to do the same. Our people are solutions oriented and have always made efforts to accommodate Hydro and others and will continue to.”

On October 9,2013, the CEC was in Cross Lake to hear first hand stories of Manitoba Hydro’s projects and how it adversely affects the lands, natural resources and the Pimicikamak people. Pimicikamak people have suffered in silence for the past 40 years from Hydro development but continue to tell all Canadians the truth that Hydro projects are not clean, green and renewable. The members of the CEC, Hydro and their proponents were welcomed peacefully and accommodated to carry out their work.

Hydro’s recent actions are seen by many Pimicikamak Citizens as a bullying and intimidating an impoverished people on one hand, while reaching out its other hand and asking for cooperation or “Consent” to get its application for a licence approved to construct keyask dam.

“We all have a duty and a right to know that decisions are being made by people with authority who have not considered all the risk and liability factors. Hydro has spent so much money on legal, technical and public relations experts to promote its projects without bona fide and meaningful consultation and consideration of all of the risks. As a woman who brings life into this world, I honor my sacred responsibility to life and mother earth. All women should be concerned how water is adversely affected by Hydro Projects. We will all pay either through the effects of the environment or through the tax system” says Chief Cathy Merrick of Pimicikamak.

Under Canadian Law for any major economic activities on lands of the original people, the Crown is required to meet Consultation Standards established by the Supreme Courts of Canada.

“In simple terms, the Crown has a duty to answer to Candian Law how they are going to minimize the effects on aboriginal and treaty rights of indigenous peoples. The onus is on them to accommodate us. They are responsible for consulting with us at our time and pace until such time my people understand the adverse affects of the projects” says David Muswaggon.

Pimicikamak has worked hard educating Canadians of our moral, ethical and environmental responsibilities.

“We have been profiled in so many ways as fighting, wanting more money. This is not the case. Its about doing the right thing. If the public understand our plight, we ask you to stand beside us in supporting the concerns we publicly speak about in defending our lands, natural resources, waters and our people.” Says Tommy Monias, an NFA Executive Council representative.