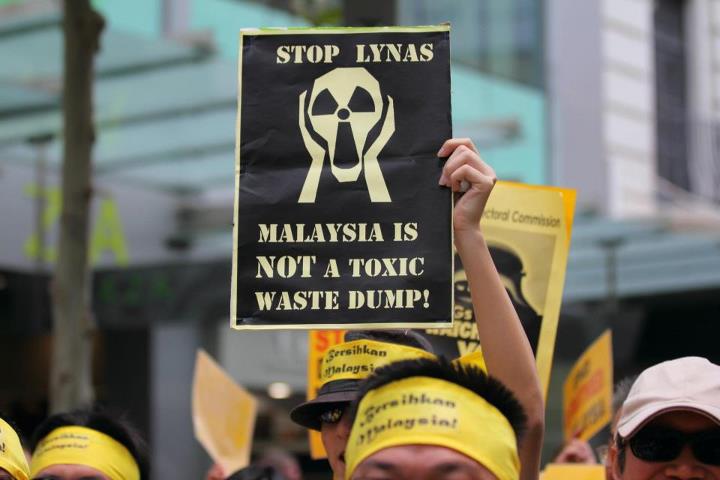 With a snap election widely expected in malaysia in the next few months, a rare earths plant built by an australian company is emerging as a hot political issue.

Rare Earths are used in our iphones, laptops, flat screen TVs and wind turbines, but have you considered what the process involves to extract rare earths? Did you know there is potentially a radioactive fallout from rare earth processing?

Australian corporation Lynas wants to export rare earth from Fremantle, Western Australia to Gebeng, Kuantan in Malaysia to process the ore. But the proposed Lynas Advanced Materials Plant (LAMP) has been imposed on local communities in Kuantan without their consent.

Touted as the largest rare earth refinery, the LAMP will use 720 tons of concentrated Hydrochloride Acid (sulphuric acid) per day and leave behind 28,000 tonnes of solid waste per year, enough to fill 126 olympic size swimming pools. A by-product of this waste is radioactive Thorium (Th) which is dangerous to human health.

There are approximately 700,000 people living within 30 km from the LAMP and it is located near coastal tourist resorts and an environmentally sensitive fishery area. Construction of the plant has begun in secrecy and ahead of proper environmental and waste management plan. 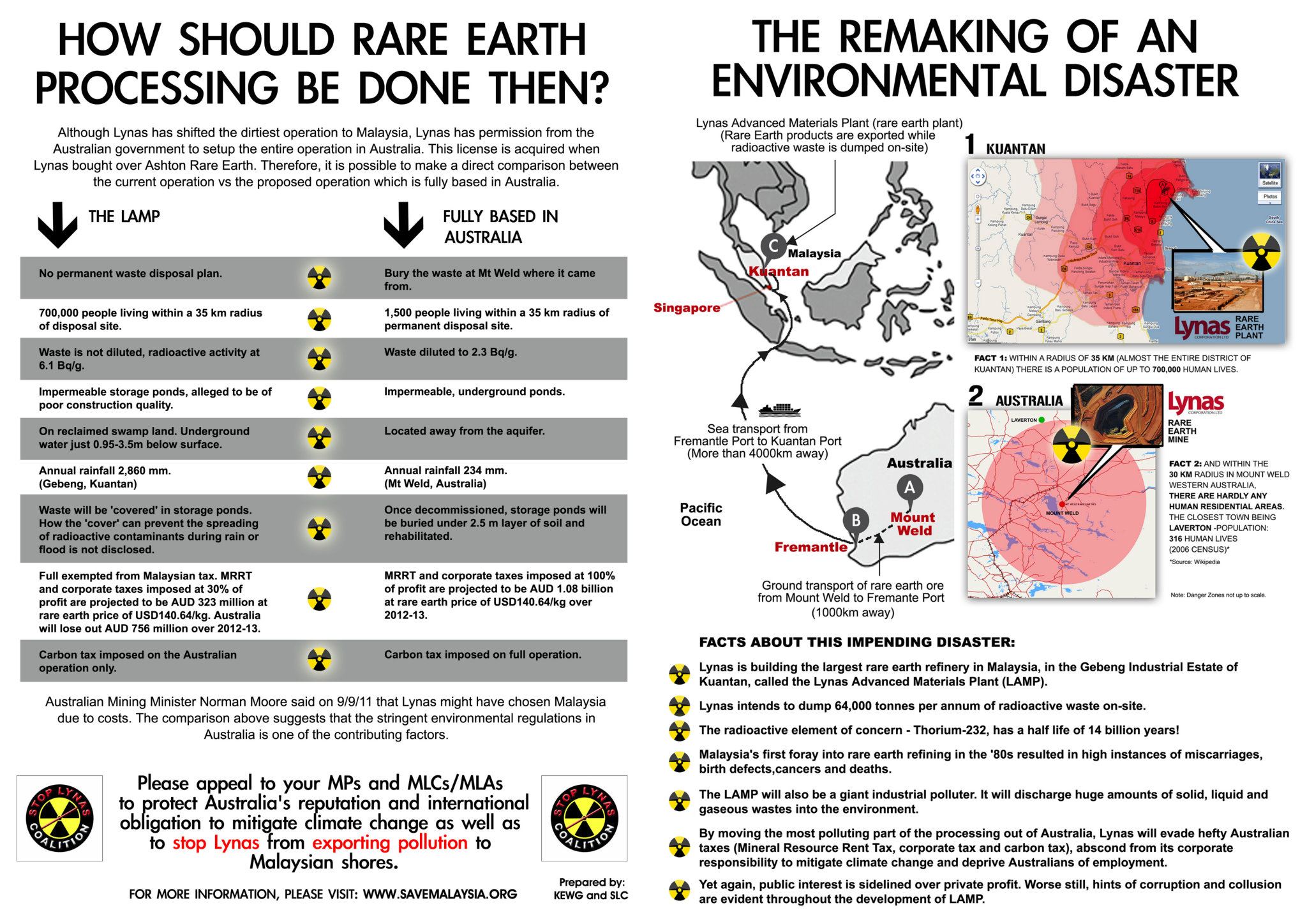 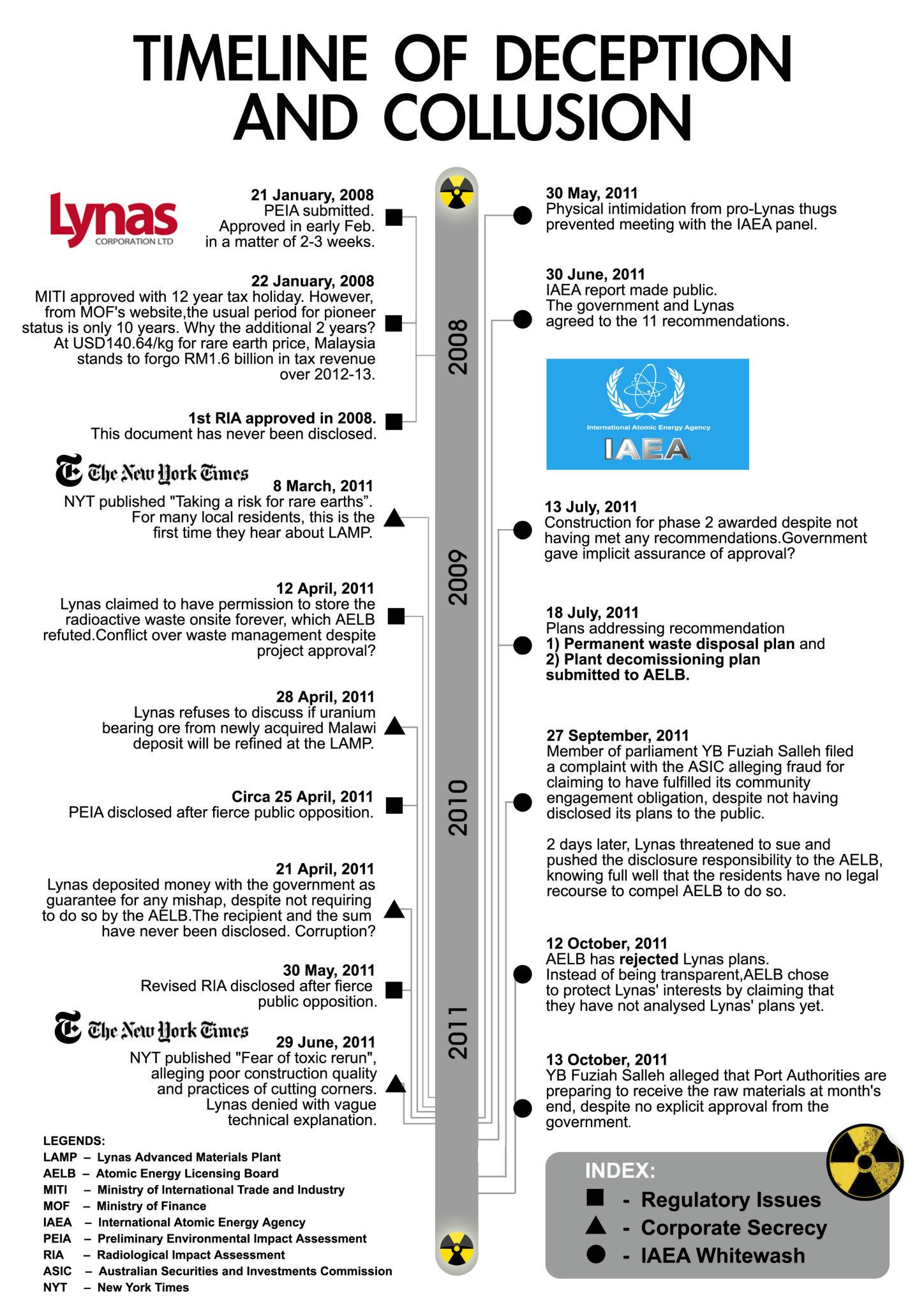