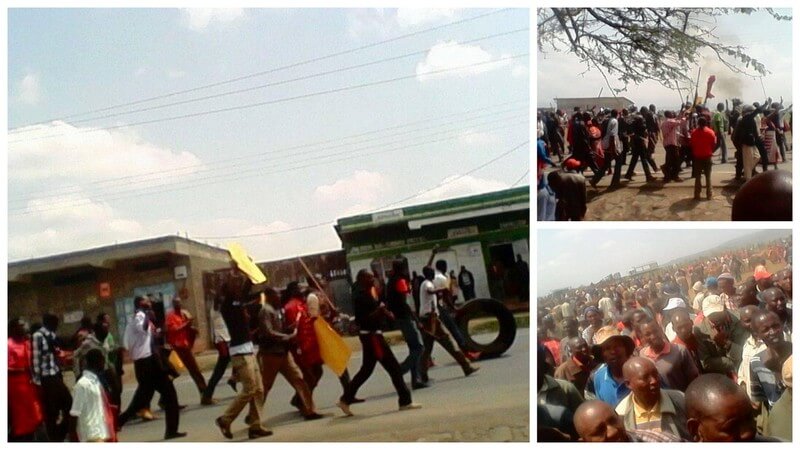 Geothermal energy, when compared to other sources of power generation like coal and oil, is generally considered to be environmentally friendly. While there are some negative environmental impacts to harnessing the Earth’s natural heat sources1,perhaps this is the reason the Kenya Government has embarked on a major exploratory process in the Rift Valley to harness the potential of massive geothermal deposits. The prospects from south to north include: Lake Magadi, Suswa, Longonot, Olkaria, Eburru, Badlands, Menengai, Arus Bogoria, Lake Baringo,Korosi, Paka, Silali, Emuruangogolak, Namarunu and Barrier2.

The geothermal potential of the Kenya Rift Valley was recognized in the mid-1950s. In 1956, two wells were drilled at Olkaria about 10 km west of Longonot. With promising results, the UNDP and the Kenya Power and Lighting Co. carried out an extensive exploration program in the Rift Valley in 1970. This survey identified Olkaria as the best candidate for exploratory drilling3. By 1976, six deep wells had been drilled and the first 15 MW generating unit was commissioned at Olkaria in 1981.

One of the greatest undoings of these projects is the lack of consultation with the local Pastoralist Maasai communities who live off the land where these prospects are located. According to local elders, ever since the beginning of the exploration processes, they have been repeatedly forced to move to adjacent lands only for them to be moved again, when a new project phase is initiated. This is done without any due consideration that the Maasai depend on the land and that every move has a direct impact on their survival because it reduces grazing land for their livestock, their mainstay.

The plight of the Maasai in the region was made even worse by the annexation of lands to create the Hells Gate National Park– established in 1984 through executive orders–where an American Power Company, Orpower, was granted concessions by the government to drill wells and generate power. Many Maasai families were forced to leave the area for this project without any compensation whatsoever. As noted by a letter of complaint from Nature Kenya, KenGen violated Clean Mechanisms principles through the clearance of vegetation, pollution and erosion which has led to loss of about 32 KM2. of wildlife habitat4.

Over the years, multinationals have continued to fund such projects despite any existing safeguards and impacts that such geothermal expansion projects have on the lives of local Maasai. DEG (Deutsche Investitions- und Entwicklungsgesellschaft mbH) together with KfW Entwicklungsbank (KfW Development Bank), provides Orpower 4 Inc. (Orpower), the owner and operator of the Olkaria III geothermal power plant in Kenya, with a long-term loan to the amount of US$40 million5. Recently, Overseas Private Investment Corporation (OPIC), the US Government’s development finance institution, gave Kenya $310 million to increase the generating capacity of the Orpower IV geothermal plant from 48 megawatts to 100 megawatts6. The World Bank reports that it has invested $409 million in geothermal development since 2007; in 2013 it announced plans to raise another $500 million for geothermal projects in the Rift Valley and other parts of the world. None of this budget has been allocated to fairly compensate the Maasai community, whose land has been usurped to make room for the projects; and where such compensation is offered, KenGen has resorted to using ‘gatekeepers’ who get rewards from the company such as lucrative security, transport, and other tokens. The evictions violate international human rights law, including the UN Declaration on the Rights of Indigenous Peoples, ILO Convention 169, and the African Charter on Human and Peoples’ Rights.

In the most recent past, the Kenya Government has continued to appropriate land within the greater floor of the Rift Valley by awarding concessions to various multinational companies to further explore and extract geothermal energy. Africa Geothermal International Limited, WalAm Geopower Inc. and local companies associated with the leading political elites Marine Power and Akira are among those that have received concessions. All the companies are now past the initial surface exploration phase of their projects. They have all now mobilized equipment and personnel to the sites.

This has not gone over well with the Maasai community who claim their indigenous right of ownership of the land, who have cases dating back to early 1913; one of many things that was prominently featured in the Truth Justice and Commission which the president apparently declined to make public and the National Land Commission which is being starved of government funding.

Furthermore, geothermal resources in Olkaria have been exploited with no regard for the health or the environment of local communities. Despite being touted as a green energy, KenGen’s Environmental and Social Impact Assessment shows that geothermal power plants release certain pollutants into the environment including noise pollution, hydrogen sulphide gas, and trace metals like boron, arsenic, and mercury. Toxic waste from the power station in Naivasha have been emitted into the air and disposed in local waterways in violation of applicable international environmental standards.

Despite these hazards, KenGen failed to conduct adequate consultation with the local community which first expressed its dismay at the assessment in 2012. The Maasai have not been able to raise money to conduct an independent study on the harmful effects of the plant, but they have nevertheless observed and noted an increase of gastronomic and skin diseases, stillbirths in cattle, premature death of livestock, and an increased rate of premature delivery in pregnant women. The company’s environmental impact assessment notes potential health risks associated with the plant and recommends safe distances in the Narok district. However, since there was no effective consultation with community members, people were never informed of these health risks.

Going by recent events in Narasha, and lately in Suswa where the Maasai held demonstrations against geothermal projects that were accompanied by the usual lack of consultation and compensation–and frequently, state sponsored forced evictions–there is a need for local solutions that also require all multinational financiers to re-examine existing terms and conditions for financing such projects that subject massive populations to social, physical and economic harm, including the loss of life, property and cultural heritage.

The area is important to the Maasai both for its history and their dependency on the land for their livelihoods and culture. Mt. Longonot is central to the Maasai’s religious and traditional practices; further dispossession will separate the community from their historical prayer sites, places of ritual, and other ceremonial areas. Such areas were used regularly for local ceremonies, and annually for cultural festivities involving Maasai from across the entire region.

The Maasai have resorted to the courts to stop further evictions, arguing that the government of Kenya is in violation of international law by forcibly and continually removing them from their ancestral lands around Mt. Longonot in the Naivasha Administrative Districts and the Narok North Administrative Districts within the Rift Valley Province, without adequate prior consultation or compensation7. The Maasai are seeking compensation for past evictions along with assurance against potential future evictions, by provision of alternative land.  Evictions for the next stage of geothermal development would displace over 3,500 families, prevent access to the communities’ two churches and the Maasai cultural center, and take over 1,000 children out of school in Narasha and Olomayiana. The Maasai are also demanding the government and the multinational conduct direct consultations rather than select a few individuals who are corruptly rewarded to sign on behalf of the whole community.

According to the Maaai, African Geothermal International (AGIL) and Marine Power along with Akira I and Akira II have disregarded court injunctions instituted by the Maasai, proceeding to deploy their heavy machinery to their proposed project sites without due diligence or consultations with local communities. The concession areas, which cover hundreds of thousands of acres, are home to thousands of Maasai pastoralists8.

The communities feel that their rights have been grossly violated because each of the companies have failed to adhere to the Maasai Bio-cultural Community Protocol, which was developed in line with the UNEP model and based on the Convention on Biological Diversity, to require all external actors to respect Indigenous Peoples’ customary laws, values and decision-making processes; particularly those concerning stewardship of their lands and territories.

The companies have also disregarded a current dispute between Kedong Ranch Ltd. and the Maasai community along with key provisions from the Constitution of Kenya (2010). Article 40 of the Constitution provides for the protection of the right to property (of any kind) without discrimination and just, prompt and full compensation where acquisition is of national interest. The right to a clean and healthy environment is equally guaranteed under Article 42 in addition to the right to a cultural heritage.

It is the expectation of the Maasai that the government of the Republic of Kenya–being a signatory to the United Nations Declaration on Human Rights and International Covenant on Economic, Social and Cultural Rights, and having provisions in the Kenya Constitution 2010 that protects the rights of its citizens–safeguard their rights to life and property. Kenya should recognize the indigenous pastoralist tribes’ right to free, prior and informed consent regarding any infrastructure or development project that would affect their lands, natural resources, property, cultural expression, and sacred sites; as well as require all development projects, including road construction, oil and geothermal exploration and exploitation, and tourism development projects underway or planned meet the highest international standards and best practices,

To forestall future conflicts, the Maasai recommend that: