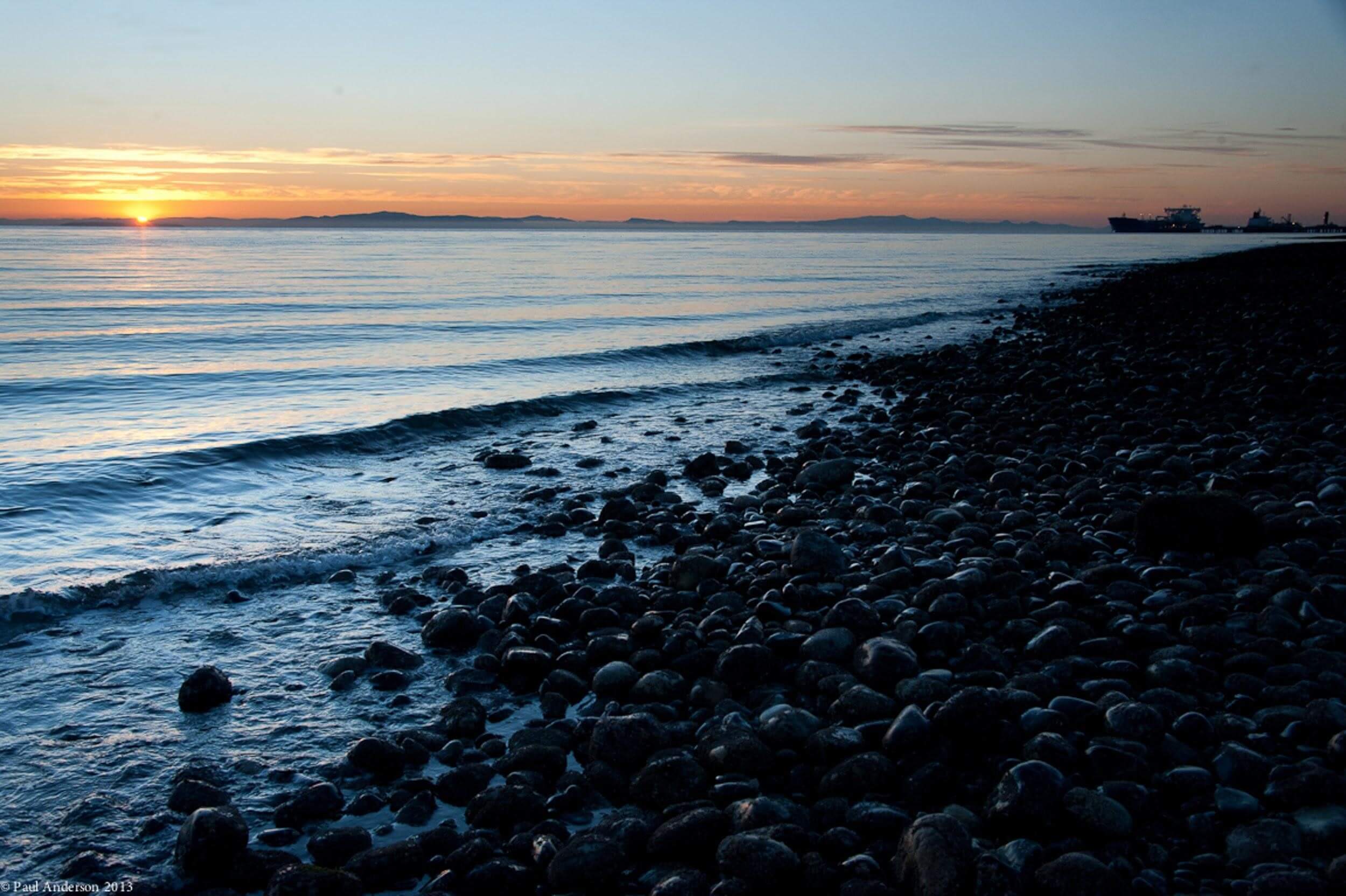 Lummi Nation Chairman Ballew to Senator Daines: ‘That day is no more’

This photo looks northwest from the exact area where the proposed Gateway Pacific Terminal would be built at Xwe'chi'eXen (Cherry Point). Photo by Paul K. Anderson, 2012 paulkanderson.com
Support our journalism. Become a Patron!

United States Senator Steve Daines (R-MT) is on a mission to do whatever it takes to get the Gateway Pacific Terminal (GPT), a 48 million metric-ton-per-year coal export terminal, permitted and built. The GPT project is proposed in Whatcom County, Washington, and would be sited at Xwe’chi’eXen (Cherry Point), along the shoreline, which is part of the Lummi Nation’s traditional fishing area. The company proposing GPT is Pacific International Terminals (PIT), a subsidiary created for the project by SSA Marine.

Tens of thousands of people who steadfastly oppose GPT are standing in the way of Senator Daines, SSA/PIT, and the coal companies like Cloud Peak Energy which have financial interests in seeing that GPT is built and operating. Also standing in the way is the Lummi Indian Tribe, a sovereign nation, standing tall in defense of its treaty rights.

On July 29, Senator Daines’ official website featured a press release about the senator and Congressman Ryan Zinke (R-MT), having led a group of sixteen senators and seventeen members of the House in sending two July 28, 2015 letters (one from the Senate and one from the House) to the U.S. Army Corps of Engineers. The letters urged U.S. Assistant Secretary of the Army Jo-Ellen Darcy, to complete the environmental review process for the proposed GPT project prior to the Corps making a determination whether impacts to any tribes’ U&A (usual and accustomed) treaty fishing rights are more than de minimis, or too trivial to warrant legal review.’

An August 3, 2015 Lummi Nation press release announced that Lummi Indian Business Council (LIBC) Chairman Tim Ballew II sent an August 3 letter to Senator Daines, cc’d to the thirty-two legislators who signed onto those letters, and the Senate Committee on Indian Affairs. In his letter, Ballew reminded them of the U.S. government’s obligation to protect and preserve the Lummi Nation’s treaty fishing rights.

In determining whether Lummi Nation’s treaty-guaranteed rights of access to its U&A fishing grounds and stations, and harvest of fish, would be adversely impacted by GPT, the Corps will be applying a de minimis threshold standard. Any impacts considered to be greater than de minimis by the Corps would warrant the GPT permit denial requested by the Lummi Nation.

The fact that the Corps “owes the highest fiduciary duty to protect Indian contract rights as embodied by treaties” is entrenched in case law. That solemn duty and obligation owed to the Lummi Nation by the U.S. federal government is something the agency takes extremely seriously, and addresses separately from any Environmental Impact Statement (EIS) the Corps is tasked with on proposed projects.

Treaty fishing rights of the Lummi are secured to them by the U.S. federal government in the Treaty of Point Elliott of 1855. Article 5 of the Treaty provides that, “The right of taking fish from usual and accustomed grounds and stations is further secured to said Indians in common with all citizens of the Territory. . .”

Xwe’chi’eXen: What it means to the Lummi

This photo looks northwest from the exact area where the proposed Gateway Pacific Terminal would be built at Xwe’chi’eXen (Cherry Point). Photo by Paul K. Anderson, 2012 paulkanderson.com

Lummi Nation’s Sovereignty and Treaty Protection Office Director Jewell James provided some important insight on the significance of Xwe’chi’eXen (Cherry Point) to the Lummi, in the August 2013 issue of Whatcom Watch:

The Lummi have usual and accustomed fishing grounds scattered throughout the San Juan Islands and on the mainland of Whatcom County up to the Canadian border. Not only were our (fishing) village sites located throughout the territory, but the associated burial grounds are located at these sites, as well. Among the most important of these cultural landscapes is Xwe’chi’eXen (Cherry Point).

“Review of the impacts associated with this project, including, but not limited to, those analyzed in the Gateway Pacific Terminal Vessell [sic] Traffic and Risk Assessment Study lead to the inescapable conclusion that the proposed project will directly result in a substantial impairment of the treaty rights of the Lummi Nation throughout the Nation’s ‘usual and accustomed’ fishing areas. The Lummi have harvested at this location since time immemorial and plan to continue into the future.” 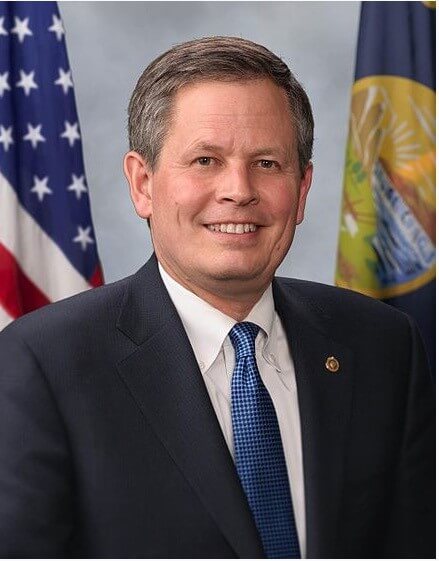 It’s no surprise that Senator Daines is willing to be Montana coal industry’s point person on the proposed GPT project, because according to opensecrets.org, in 2014, Daines received over $50,000 in total campaign donations from the following contributors connected to the GPT project: Cloud Peak Energy, SSA Marine, FRS Capital Corp. (ultimate parent company of SSA Marine), Peabody Energy, BNSF, Boich Companies (part owner of Global Coal Sales Group, and the National Mining Association (an active advocate for the coal industry).

It’s also not surprising that the legislators who signed onto the July 28 letters to the Army Corps, altogether, received over $400,000 in contributions in 2014, from the same GPT-related interests listed above.

According to the August 3 Lummi Nation press release previously mentioned in this article, it turns out that the two July 28 letters sent to the Corps by the thirty-two legislators came after three failed attempts by Senator Daines to attach a specifically crafted amendment to various pieces of unrelated legislation. The amendments were designed to try to prohibit the Army Corps from making its determination regarding the Lummi Nation’s treaty fishing rights relating to GPT, before the final EIS would be completed for the project. 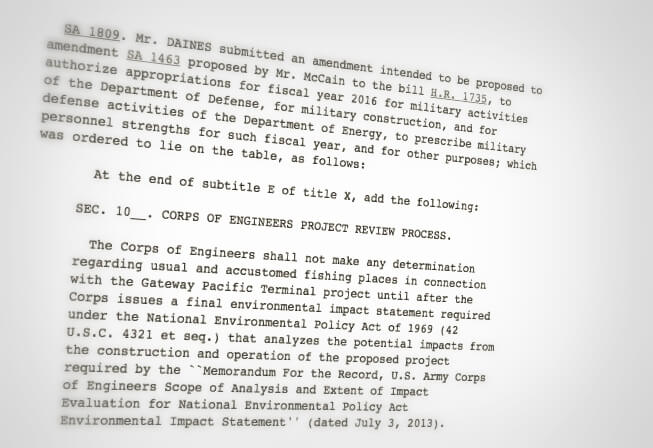 One of those amendments, Senate Amendment (S.A.) 1809, was proposed by Senator Daines on June 8. It was an amendment to Senator John McCain’s (R-AZ) Senate Amendment (SA 1463) attached to a piece of unrelated legislation, the National Defense Authorization Act (H.R. 1735) for fiscal year 2016. 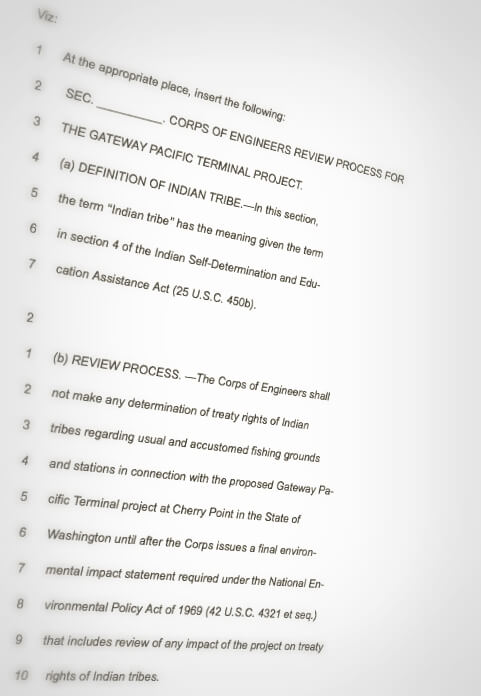 An excerpt from S.A. 1809 reads, “The Corps of Engineers shall not make any determination regarding usual and accustomed fishing places in connection with the Gateway Pacific Terminal project until after the Corps issues a final environmental impact statement. . .” S.A. 1809 never received debate as it was withdrawn, so it did not move forward to a vote.

Another example of Senator Daines’ attack on Lummi treaty rights was cited in LIBC Chairman Tim Ballew’s August 3 letter to the senator. His letter included a copy of the language that Daines apparently tried to insert as a proposed amendment to yet another piece of unrelated legislation (H.R. 22). The amendment text was the same language that was proposed in S.A. 1809.

Senator Daines has repeatedly sought to interfere in the Army Corps’ regulatory review process by seeking to attach legislative amendments to various bills moving through Congress. It’s unconscionable that, as a member of the Senate Indian Affairs Committee, he chooses to ignore treaty rights. He has repeatedly tried to diminish the rights of the Lummi Nation using “middle-of-the-night” stealth legislative tactics that have prevented stakeholders from weighing in.

Amendments are often attached to unrelated bills, but riders that undermine treaties and sacred sites are particularly egregious. In December 2014, Senator McCain successfully buried an amendment he attached to the 1600-page 2015 National Defense Authorization Act (H.R. 4435). The must-pass NDAA legislation that Congress moves yearly was used as a vehicle by McCain to pass a morally suspect public lands exchange package involving land at Oak Flat, in Eastern Arizona.

Senator McCain’s “midnight” rider which disregards and diminishes treaty rights of the San Carlos Apache and other nearby tribes that he managed to sneak through in 2014, and the repeated legislative attempts by Senator Daines to trample Lummi treaty rights, illustrate the serious harm that can befall the Lummi Nation every single day that passes before the Army Corps makes its determination.

SSA Marine’s vice president Skip Sahlin, sent a May 12, 2015 letter to the Army Corps asking for an extension to respond to the Lummi Nation’s request to the Corps for an immediate denial of the GPT permit application because the terminal would interfere and impinge on the Nation’s treaty-protected fishing rights. In that letter, Sahlin claimed that allowing SSA/PIT the requested additional time “will not harm the Tribe or its treaty rights. . .”

The treaty rights of the Lummi Nation are under attack, and their Nation has had to expend untold efforts to defend those rights secured to them in 1855 by the United States. Every day that passes as the Army Corps is making its decision on the fate of the GPT permit, is another opportunity for coal-backed legislators such as Senator Daines to craft legislation aimed at weakening Lummi Nation’s treaty rights. Reasonable persons would conclude that despite Mr. Sahlin’s claim to the contrary, harm has been done to the Lummi Nation each day that has passed since February 2011, when SSA/PIT first submitted the application for its proposed GPT project to Whatcom County’s planning department. 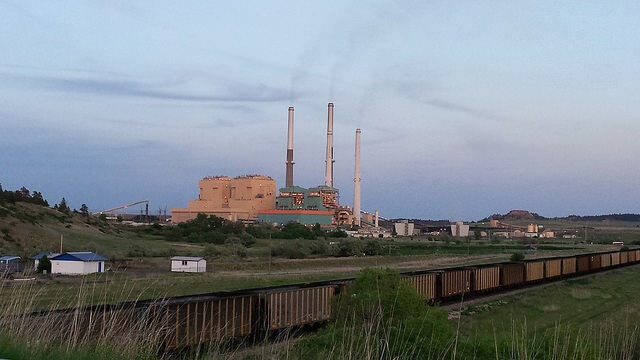 Chairman Ballew made it clear in his letter to Senator Daines that the Lummi Nation will fight resolutely to defend and protect its treaty rights: “I can assure you, that if the Lummi Nation’s Treaty Fishing Rights are jeopardized by any efforts to allow the project to proceed, we will fight vigorously by all means necessary. In times past, our Nation and its leaders did not have the resources and were unable to stop prior efforts to construct commercial terminals in our region. That day is no more.”

This article was published in an abridged form at Intercontinental Cry. The original, unabridged version is available at www.CoalStop.com