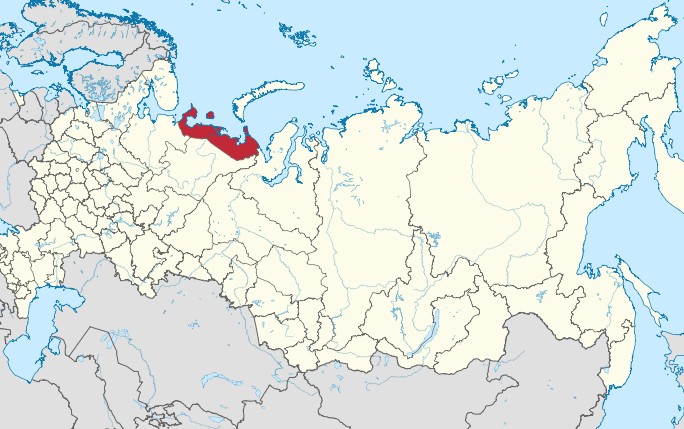 An oil spill in northern Russia from a joint venture between Lukoil and Bashneft has damaged fragile reindeer pastures in yet another blow to the indigenous Nenets people. Environmental activists have warned about such disasters for decades but few precautions have been taken by the oil companies.

Lukoil, which is now Russia’s largest oil company, and Bashneft are currently drilling for oil in the Trebs oil field in the Nenets Autonomous District which is estimated to hold 153 million tons of oil.

Vladimir Bezumov, chief of the local office of the Russian Environmental Agency, estimates that some 2,000 tons of oil gushed out of an exploratory well in the oil field this past weekend damaging as much as 14,000 square meters of land.

Oil exploration started in the region in the 1960s and expanded after the collapse of the Soviet Union. Activists warned that environmental problems were bound to get worse. “Western Siberia is already an ecological disaster area because of its many oil mishaps. Any oil accident would have serious consequences, that could reach upriver to the North Polar Sea,” Ellen Schmidt wrote in a 1996 report for the World Wide Fund for Nature and a German environmental group called the Association for World Economy, Ecology and Development (AWEED) at the time.

Gail Osherenko, a Vermont-based anthropologist who works with the Nenets peoples, told IPS at the time that the idea oil drilling in the region would have only minimal impact was “wishful thinking.”

And Russian and indigenous groups sent out an appeal in 1996 to ask the public to lobby the World Bank not to finance projects in the region. “We ask everyone to help us prevent an environmental nightmare. We ask you not to allow the use of your tax dollars, marks or kronor to facilitate further destruction of the environment,” wrote Alexei Grigoriev of the Socio-Ecological Union in Russia in Taiga News.

The warnings were mostly ignored.

An Associated Press investigation by Nataliya Vasilyeva in late 2011 described some of the damage caused by the estimated half a million tons of oil spilled every year that make their way into the Arctic ocean, roughly two-thirds of the quantity of oil spilled in the Deepwater Horizon in the Gulf of Mexico. “On the bright yellow tundra outside this oil town near the Arctic Circle, a pitch-black pool of crude stretches toward the horizon. The source: a decommissioned well whose rusty screws ooze with oil, viscous like jam,” she wrote.

The indigenous communities say their traditional way of life has been devastated by the oil industry. “There is no future for us. People are dying. If oil companies behaved correctly, they would ask us, where drilling is possible and where not, which river is spawning, where fish comes for winter cabin. Fish comes to this bog in the autumn. And now all the rivers are blocked here, and fish has nowhere to go,” Valdimir Vello, a reindeer herder told Greenpeace recently for a report titled “Is there a life after oil?” “I think that there is no future. If the oil companies leave us, we can manage to save something here, to recover this place.”

“The land is practically flooded with oil,” he said after a recent trip to the Khanty-Mansiisk region, according to a report by Gazeta.ru. “We didn’t have to look for polluted places, we had to look for places that hadn’t been touched by pollution.”

The drilling ventures are hugely profitable so they are unlikely to be stopped but there is more than enough money to minimize some of the worst impacts. Since 2003, British Petroleum has paid out an estimated $19 billion in dividends, more than ten times more than it would cost to repair the aging infrastructure, according to an estimate by Gazprombank.

Pratap Chatterjee is the Senior Editor at CorpWatch.org, where this article originally appeared. Reposted with permission.