While searching through the Treasury Board of Canada’s ‘Federal Contaminated Sites Inventory’ database last week, pollution researcher John H.W. Hummel came up on a ‘shocking’ discovery: a listing that says “biological/chemical warfare agents” were found within the Campbell River First Nation’s Traditional Territory in British Columbia. 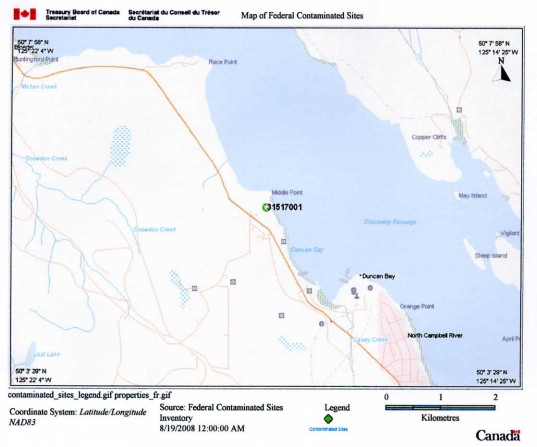 Searching further, Hummel discovered eleven more sites across Canada that similarly hold “biological/chemical warfare agents” (whatever they may be). 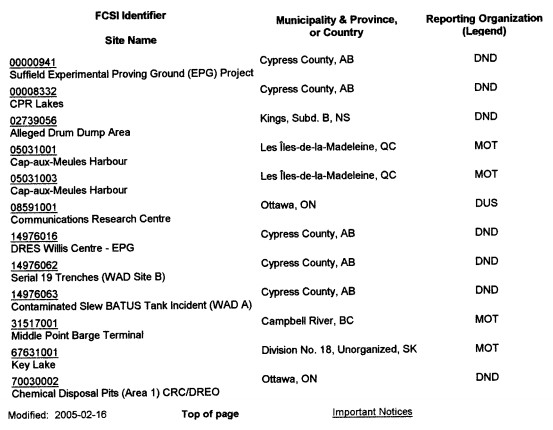 “It’s the most shocking discovery I’ve made in my whole life!” Hummel comments in an email.

Following the discovery, Hummel set out to draw the media’s attention and to demand the government take action on these sites. The Campbell river site in particular, like the vast majority of toxic sites that are situated on indigenous territories (over 4400 according to the database) have no action plan assigned to them.

A few days after sending his emails out, Mark Hume from the Globe and Mail got back to him. In his reply, Hume said that, according to Transport Canada, the Campbell River listing was simply a data error. He was told, “there is not and never has been any biological/chemical warfare agents detected at [the site].”

“That is indeed good news,” Hummel said in his response, “but I’m curious what is contained in the other 11 contaminated sites which the Treasury Board of Canada site says contains biological/chemical warfare agents?”

Perhaps they are also ‘data errors’? Same goes for the thousands of other toxic sites across the country. That’s exactly how the government seems to view them!

Why else wouldn’t they be taking action to clean them up?

There’s only two other reasonable answers to that… The first is that it would cost too much. The second, and much more concerning answer, is that they just don’t want to clean them up.

While we wait for answers, an entire generation of indigenous people is born with a wide-range of neurological and physical impairments, while the elder generations are damned to a life of ever-increasing misery.