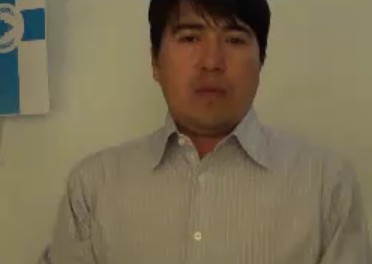 Lenca solidarity with the people of Rapanui

A Lenca message of solidarity for the people of Rapanui, who were attacked less than 24 hours ago by armed Chilean troops.

The following statement was released by SaveRapanui.org.

Now there is blood on the streets.

Leviante Araki, the President of the Rapanui Parliament, was shot twice about his hip and rib cage and is being air lifted to Santiago for medical care.

A young man, Richard Tepano, was shot at short range in his right eye and is now in critical condition in the hospital.

Maori Pakarati was shot above his right eye and in his arm, a rubber bullet remains encrusted in his arm.

Zita Atan was shot in the head.

Pia Vargas was shot in her right leg. ClaudioTuki was hit in the forehead.

Enrique Tepano was shot in his face.

Honu Tepano was shot in his shoulder, as the Chilean troops were charging towards the fleeing Rapanui.

Santi Hitorangi was shot in his right leg from behind, and as he attempted to continue to film the situtation he was shot twice in his back.

At 5:45 a.m., Jose Rikorokoi who was on the premise of Rapanui land adjacent to the bank building, was beaten by a baton in his head. At this site Chileans troops violently routed out the unarmed family of Michael Tuko Tuki, Rapanui nationals.

The unarmed Rapanui people are determined not to be removed from their lands. The Rapanui people defended themselves by throwing rocks amid the bullets flying toward them.

The judge and fiscal official who activated the order has disappeared. No officials can be found and the police say they are only following orders.

Yesterday the Governor asked the Rapanui people to evacuate the premises. They refused. She has no control to stop the police as it is not within her power.

After months of relatively peaceful reoccupation of their lands by the Rapanui people, the Chilean government attacked with force, brandishing automatic rifles and shotguns.

The state of Chile has refused to hold meaningful discussions to resolve this situation, which could be resolved by issuing title to the Rapanui people of their lands as required under Chilean law.

Instead of finding a peaceful solution, the Chilean government has all that delayed and criminalized the Rapanui clans that are in re-occupation and has now violently attacked them. Regardless, the Rapanui commitment and steadfastness is unwavering and inspirational. The unfunded and unarmed Rapanui are fighting colossal well financed foreign and Chilean private interests to privatize the Rapanui island and its archeological treasures, the MOAI.