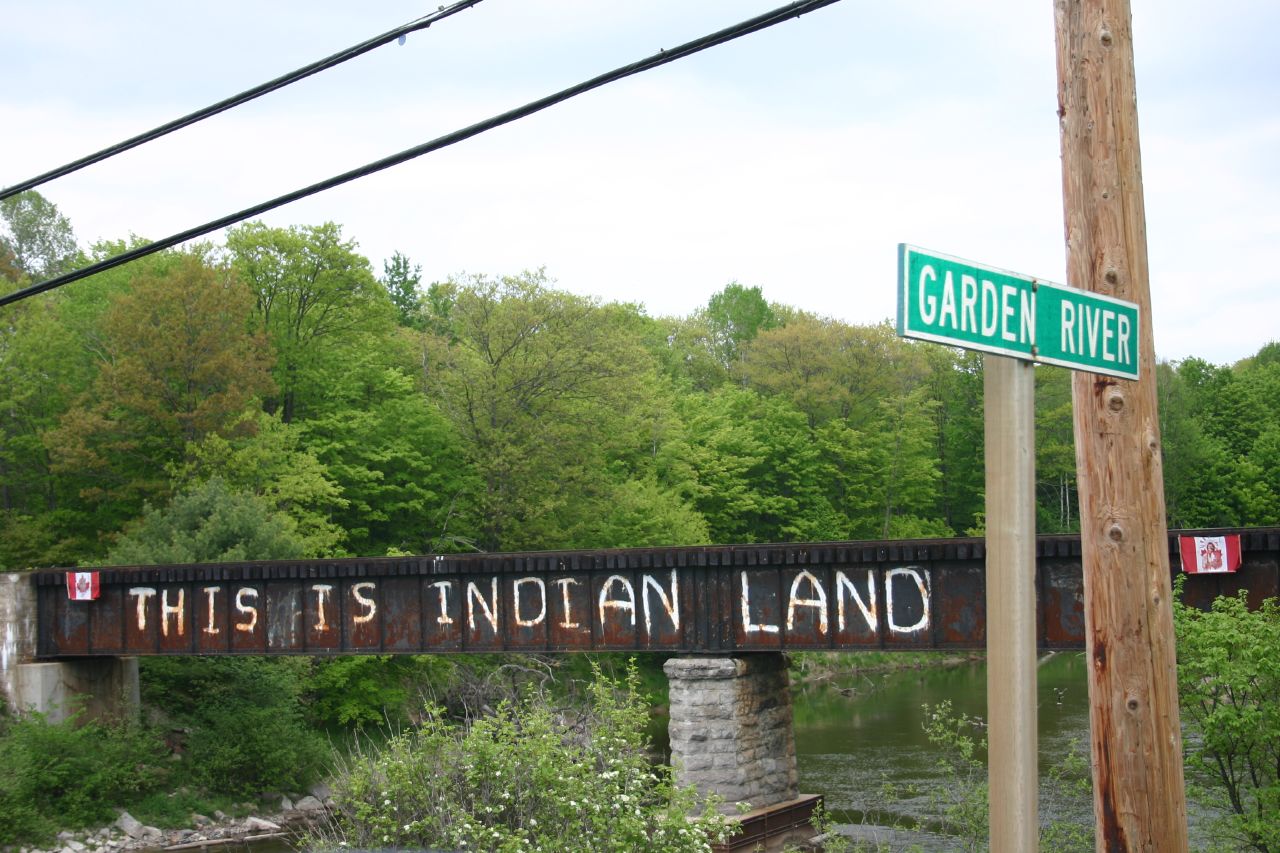 Grassy Narrows First Nation has won a major victory in their long-standing legal battle to stop clearcut logging on their traditional territory.

The Ontario Superior Court of Justice ruled yesterday that the Ontario Government does not have the legal power to infringe on the Anishinabe community’s Treaty rights for logging and mining development.

The welcomed decision may finally bring an end to clearcut logging in Grassy Narrows Territory. It may also make way for the proper recognition of the Anishinaabe commuity’s Treaty Rights; and, more importantly, “help protect the Anishinaabe way of life in Northwestern Ontario”.

Three years after the legal case was launched (in 1999), Grassy Narrows began its permanent blockade to stop the destruction of their territory by logging companies (see: As Long As The River Flows: The Grassy Narrows Blockade Story). The ongoing blockade is the longest-running in Canadian history.

(Toronto) – Yesterday the Grassy Narrows First Nation (Asubpeeschoseewagong Netum Anishinabek) won a major victory in their more than decade long battle to stop clearcut logging in Grassy Narrows’ traditional territory. Grassy Narrows Chief and Council welcome the decision of the Ontario Superior Court of Justice to protect the rights promised to the Anishinaabe from interference by Ontario. Madam Justice Mary-Anne Sanderson’s decision, over 300 pages in length, finds that the Government of Ontario does not have the power to take away the rights in Treaty 3 by authorizing development including logging and mining.

This decision will set the stage for proper recognition and protection of those rights and, even more importantly, will help protect the Anishinaabe way of life in Northwestern Ontario. Grassy Narrows hopes that this will be a turning point in this battle. We expect that real protection for the endangered boreal forest and our way of life will be put in place immediately.

Joseph Fobister, one of the trappers who were plaintiffs in this case said, “this is a victory for our people. We have struggled for many years to save our way of life in the face of uncontrolled clearcutting, which has contaminated our waters and destroyed our lands.” Mr. Fobister also thanked the people of Grassy Narrows and the supporters who have stood by the community in the fight against clearcut logging.

Chief Simon Fobister urges the Governments of Ontario and Canada to come to the table to negotiate a modern understanding that will fully respect and implement our rights. Chief Fobister said that “this will require protecting the way of life of the Anishinaabe who were here before the logging industry came to these lands and will be here after the logging companies have moved on to other forests.”

This case describes the long history of the Anishinaabe and their fight to hold the Government of Canada to the promises made in Treaty 3. Grassy Narrows calls on Canada and Ontario to honour the spirit and intent of this decision by moving to eliminate clearcut logging in Grassy Narrows Traditional Territory and to develop a meaningful new approach to the management of this territory in partnership with Grassy Narrows.