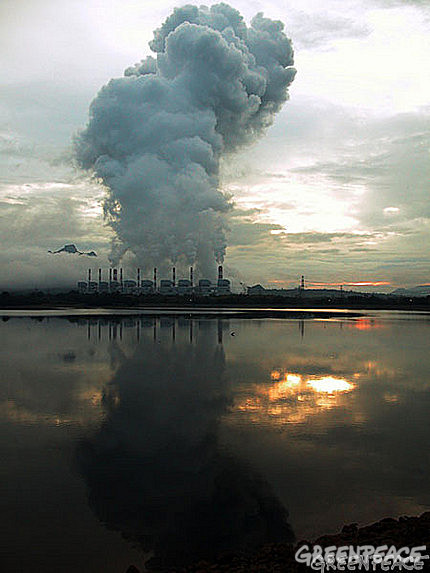 After five long years in court, Lampang villagers in Northern Thailand can breathe a much-needed sigh of relief, shallow and full of cancer-causing sulphur though the air may still be.

Last Month the Chiang Mai Administrative Court ordered the Electricity Generating Authority of Thailand (EGAT) to pay 477 villagers approximately 246,000 Baht (US $6,949) each, plus interest, for years of suffering brought on by pollution at the Mae Moh coal-fired power plant in Lampang.

According to Greenpeace, the power plant releases on average 1.6 million tons of sulphur gas into the air each day, over the years causing “irreversible damage to the natural environment” and widespread respiratory problems that have resulted the death of more than 200 people.

Greenpeace also says more than 30,000 people were displaced to make way for the power plant, which first went into operation 17 years ago.

In addition to compensation, the court ordered EGAT to pay for the reallocation of the affected families, and to rehabilitate the local environment.

The villagers were originally asking for 1.8 billion in damages and the permanent closure of the plant, however, Maliwan Nakwirot, leader of “the Network of Patients’ Rights Against Mae Moh Toxic Emissions”, says the villagers are nonetheless satisfied that justice has been served.

Also see: Lessons from a Community’s Struggle with Coal in Thailand