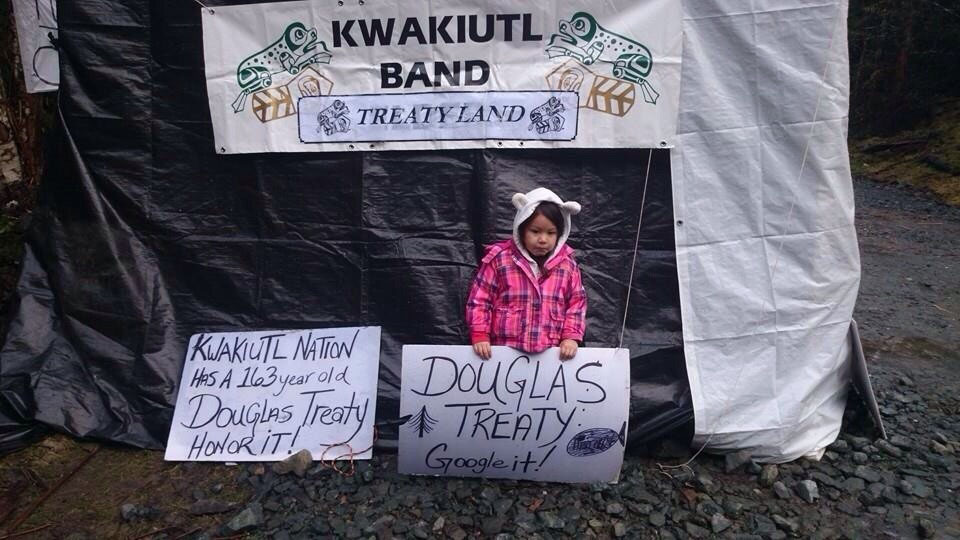 Protesters are calling on Island Timberlands to suspend logging on Kwakiutl lands while asking the federal and provincial governments to honour the terms of an 1851 Treaty and implement ‘enclosed fields’ for the protection of village sites.

“We ask Island Timberlands to respect Kwakiutl’s 1851 Treaty, the federal government to uphold the honour of the Crown’s written promise to the Kwakiutl people, and the provincial government to protect Kwakiutl lands from any further infringement,” said Chief Coreen Child.

Island Timberlands has been dogged by controversy since being created in 2005, through the purchase of lands resulting from a merger between lumber giants MacMillan Bloedel and Weyerhaeuser, and has been opposed for its destructive forest practices by communities throughout Vancouver Island, including Roberts Creek, Port Alberni, Cortes Island, Oceanside, Cowichan Valley, Port McNeill and Nanaimo.

“The company is not behaving like a good corporate citizen,” said Kwakiutl Protester and Elder Lucille Brotchie. “They have built their reputation on arrogance and an economic model that is far from sustainable.”

Last week, during Question Period in the BC Legislature, Claire Trevena, MLA for North Island, asked BC Forestry Minister Steve Thomson whether he would meet with Kwakiutl First Nation’s leadership and elders to try and deal with issues that led to the protest. He refused.

Both the federal and provincial governments could not be reached for comment.