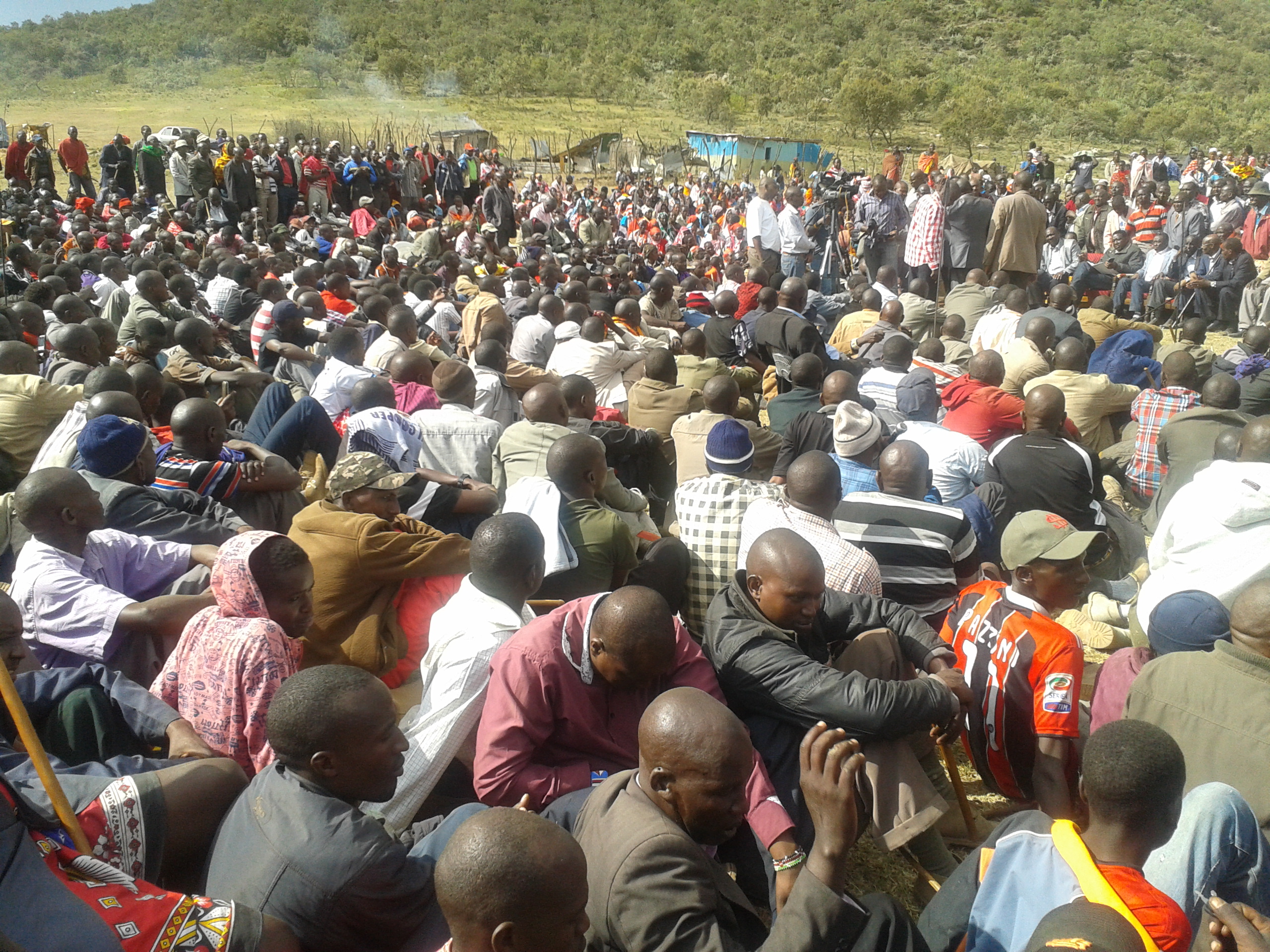 Forceful evictions of Maasai a recipe for tribal clashes in Kenya

Kenya was at it again last Friday when a 33-year old land ownership dispute between the Maasai and Kikuyu in Naivasha, Kenya, took an ugly turn. Reminiscent of the post-election violence of 2007/2008, over 200 youths believed to be members of the proscribed sect Mungiki–under the escort of heavily armed police–descended on the Maasai community in Narasha with all manner of crude weapons, burning and destroying 240 houses. The arsonists, who were protected by the armed police, rendered 2,300 people homeless, killed over 20 calves and over 600 lambs. During the raid, 2 elderly Maasai men sustained bullet wounds as well as cuts from machetes; they are now recuperating in hospitals.

Narasha is the home of the Maasai who suffered massive land dispossession dating back to the 1900s when the colonial government forced the Maasai off 75 per cent of their ancestral land. Subsequent post-independence government-driven initiatives continued to alienate land from the Maasai.

The tussle for ownership is focused on a 15,000 acre area to which the Maasai claim ancestral ownership. The Kikuyu also claim ownership resulting from an allocation by the first post-independence president Jomo Kenyatta, who happens to be the father of the current president of Kenya.

The bone of contention is that the land is rich with geothermal power; government functionaries want to make a killing by displacing the Maasai. Narasha village is sitting on top of lucrative geothermal power potential. A combination of senior government officials, businessmen and the energy giant KenGen are all involved in making sure the Maasai people are moved away from the area. The Geothermal project has attracted both multi-national and bilateral donors with the World Bank being the main financier of the project.

The forces behind the inhuman act are undoubtedly Kenya’s energy giant, KenGen which is undeniably at the center of the problems facing the Maasai people in nearby Olkaria. The company has embarked on a new geothermal energy project that will add 560 megawatts of power to Kenya’s national grid. This is so far the largest geothermal project in the world. The Ksh165 billion (US$2 billion) project will require expansion beyond the current land that KenGen’s wells occupy in Olkaria. Narasha community is in the middle of the areas earmarked for the new geothermal wells. KenGen has been negotiating for the last few years with the Maasai in Olkaria on issues of compensation and relocation. Not all is going well with the process; There are big trust issues between the parties.

Ngati Farm, a company owned by the Kikuyu from central Kenya, claims to have bought the disputed land from colonialists in 1964. For the last 33 years, the company and the Maasai (who have called the land home for the last 400 years) have been fighting court battles. With the recent push by KenGen for geothermal power generation, the land is now worth billions of shillings which means the stakes are now even higher for both parties.

Leading the pack behind the evictions is Eddy Njoroge, the former Managing Director of KenGen, who is currently serving as President Kenyatta’s advisor on energy and petroleum. Njoroge is closer to the Maasai-Olkaria troubles than anyone else; He knows the potential of the resources on the ground as well as the ability of the community to fight back. Sources claim that he is planning to buy the disputed Narasha land from Ngati Farm as long as the Maasai problem is brought to an end. Njoroge is also said to be closely associated with a tender by KenGen that will see another geothermal plant developed at Narasha.

The Governor of Nakuru, Kinuthia Mbugua, is said to be the mastermind of the Enarasha attack as well as another attack in recent history. The former Police Commissioner, who claims to be a member of Ngatia Farm, has a long history of hostility with the Maasai in Naivasha. After being elected as Governor, sources say Kinuthia vowed to remove the Maasai from Nakuru County. He is also said to be personally interested in a piece of land that is currently being occupied by the family of Odupoi ole Parsitau. He offered the family Ksh2 million if they would move away; Ole Parsitau declined the offer. Kinuthia is reportedly planning additional evictions in Kedong Ranch – another historically disputed area. Governor Mbugua will benefit greatly from KenGen’s projects.

Amos Gathecah, the new Nakuru County Commissioner, is Governor Mbugua’s foot soldier. He has been used as a go-between in negotiations with Enarasha community. Gathecah recently held a meeting with leaders from Narasha at Nashipae Hotel in Naivasha where he offered the community Ksh31 million to relocate from the area. When the offer was declined, he made a threat that he would use the same money to fight the community and force them to leave. This meeting was triggered by a June 19 petition by the community to the National Land Commission concerning the dispute with Ngatia Farm. The Commission started investigations that will delay any plans for the generation of Geothermal Power in the area.

Former Councilor Ole Linti, a former area councilor, is said to have changed allegiance in exchange for a share in Ngati farm or the proceeds from the KenGen deals. Ole Linti has a long history of fighting for the community against Ngati Farm and KenGen. He is said to have run out of steam after many years of struggle.

While the government denies knowledge of the evictions, the presence of the police and the manner in which the raids were carried out is indicative of a well-executed plan with backing from state machinery.