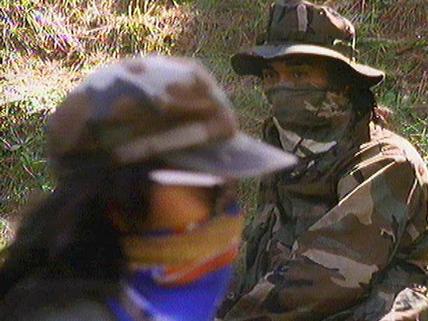 On July 11, 1990, the Mohawk Peoples of Kanehsatà:ke stood up against a legacy of fraudulent theft when the Municipality of Oka, in collusion with the Federal and provincial governments, tried to make way for the expansion of a 9-hole golf course and a new condominium project.

The Oka Crisis also showed us just how entrenched racism is among Canadian citizens, particularly at the Mercier Bridge on August 28, 1990 — when a violent mob assaulted a convoy of Mohawk Elders, Women, and Children seeking refuge away from their community. The police stood by and watched. Alanis Obomsawin produced a documentary about this event, titled “Rocks at Whiskey Trench.”

Obomsawin also produced the film Kanehsatake 270 Years of Resistance, which takes us through the history and the events that took place at OKA.