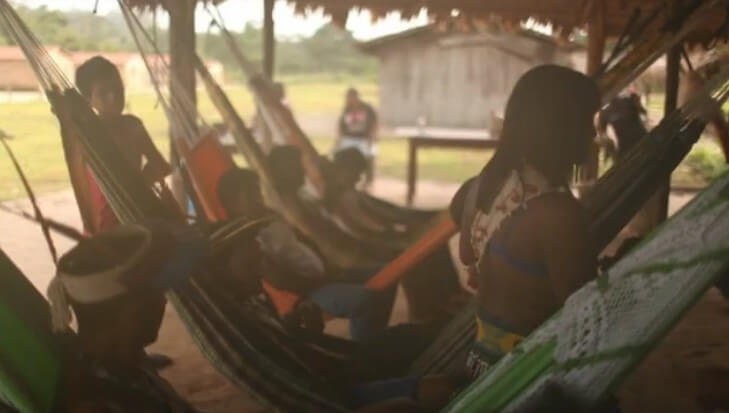 In this short film, the Indigenous Ka’apor take the struggle for sovereignty into their own hands
Support our journalism. Become a Patron!

The indigenous Ka’apor have been up against an ongoing battle with illegal loggers for many years.

The Ka’apor are located in the Brazilian state of Maranhao, a once densely forested region that has in recent years borne the brunt of rapid deforestation.

The Ka’apor’s traditional territory has been demarcated by the government, which means it is illegal for anyone not from the community to farm, hunt or harvest natural resources from the territory.

Unfortunately, this promising rule has thus far been of little use to the Ka’apor. It is rarely enforced by the government due to the size and difficulty in reaching the territory on the eastern side of the Amazon.

The Ka’apor have been left with no choice but to take matters into its own hands.

The Indigenous Peoples have started taking evasive action against the loggers; seizing illegally harvested timber, destroying equipment and physically expelling them. This course of action, however, has come with a price of its own.

This short video documentary tells the story of their struggle.

A film by Phil Clarke Hill and Ruy Sposati