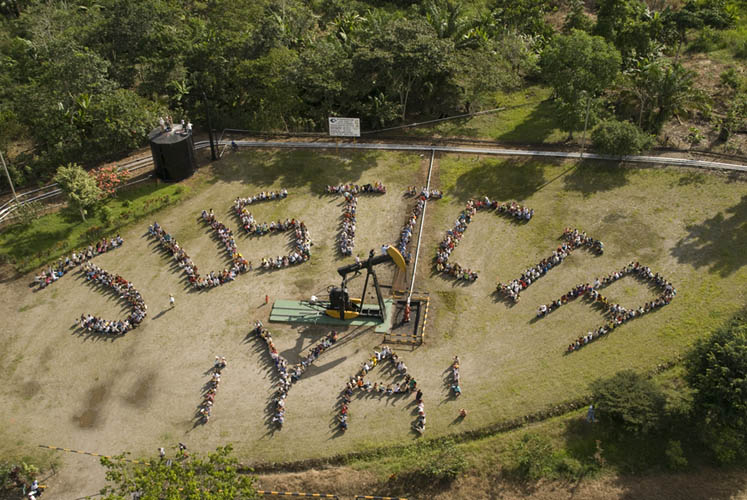 Here you will find Justicia Now! a 30-minute documentary produced by Mofilms to help raise awareness about “ChevronTexaco’s toxic legacy in the Northern Ecuadorian region of the Amazon rainforest – and a courageous group of people called Los Afectados (The Affected Ones) who are seeking justice for the ensuing cancer, sickness and death in the largest environmental class action lawsuit in history.”

According to a Press Release sent out last November, the documentary was originally supposed to premiere at the Artivist Film Festival, but Director Martin O’Brien pulled it out after the festival announced a ‘new relationship’ with Petrobras, “Brazil’s state-owned oil company with a controversial record of drilling in pristine areas of the Amazon rainforest, including on the territories of isolated indigenous peoples.”

The announcement came just a couple days after “indigenous leaders held a protest outside the Petrobras offices in the Ecuadorian capitol of Quito to protest the oil giant’s plans to drill in Yasuni National Park, a UNESCO Biosphere Reserve and thought to be the Amazon’s most biodiverse national park and home to uncontacted indigenous peoples. Petrobras also faces allegations of slave labor at another of its petroleum projects.”

Mofilms has since made Justicia Now! available for FREE download and distribution. You can find the download link below, and an 8 minute preview of the film from youtube.

If you would like to learn more about the lawsuit and the issues surrounding it, please visit www.chevrontoxico.org