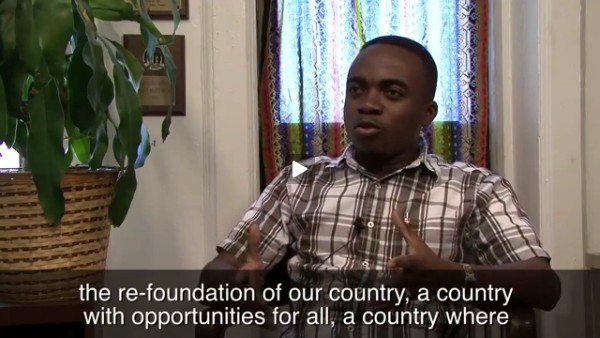 On that day, heavily armed troops burst into the presidential palace in Tegucigalpa and forced Honduran president Manuel Zelaya out of the country at gunpoint. The widely-condemned and equally ignored operation was the first successful 21st century coup in Latin America.

Since then, Activists, Indigenous Peoples, Campesinos, Human Rights Defenders, Journalists, Teachers, Union Leaders, members of the LGTB community and many others have been mercilessly targeted by the coup regime. The list of repressions is long and daunting: leaders have been disappeared families have been massacred, protests have been brutally crushed, communities have been raided or displaced.

But even so, the people of Honduras haven’t backed down. For two years they have been standing up to the ‘de facto’ government to restore democracy to their country.

Even now, the popular resistance movement in Honduras is preparing for a massive mobilization to commemorate the day of the US-backed coup. On June 26, 27 and 28, they will be demanding that those responsible for the human rights abuses be brought to justice, as well as the closure of foreign military bases and the dismantling of the emerging culture of militarization.

You can be a part of the “Hemispheric Day of Solidarity” by organizing debates, planning educational tours, staging vigils and protests in front of embassies, and taking other actions to support the people of Honduras and to reaffirm that we will NOT accept another US-backed military coup in our hemisphere.

Please send information about your activities to: fuerabases@gmail.com and americalatinadepaz@gmail.com

Hemispheric Day of Solidarity with Honduras: No to Foreign Military Bases—Stop the Criminalization of Protest Movements

We, the popular and social movements of Latin America and Honduras in particular, within the framework of the Latin America and the Caribbean, a Region of Peace: Foreign Military Bases Out campaign, call for an International Meeting Against Militarization in La Esperanza and Comayagua, Honduras on June 26th and 27th, 2011, closing on June 28th—the day on which two years will have passed since the Coup d’État carried out in Honduras that was perpetrated by the U.S. empire, military personnel and the oligarchy—with participation in the national event kicking off the self-convening of the Honduran people to the original constituent assembly that is truly representative and which has the goal of refounding the nation.

The objective of the Meeting will be to analyze the hemispheric and national context, facing the aggressiveness of the project of domination, with a particular focus on the hegemonic strategy of militarization and interventionism and the brutal repression against the Honduran people, to bring us to define a plan of action and possible strategies for counteracting it. We will be carrying out debates, exchanges of information and collaborative work to arrive at agreements and common lines of struggle.

With enthusiasm, hope and conviction we call upon you to work to end militarization in all its forms:

* Demand the closure of foreign military bases;
* Demand a stop to the criminalization of social struggles and the systematic and grave violations of human rights;
* Demand the trial and punishment for those responsible for these actions who are part of the golpista structures that must be dismantled;
* Dismantle the culture of militarization as a form of patriarchal and neoliberal domination in all areas of daily life of all people.

The international actions of the Continental Conference of Solidarity with Honduras will be carried out in front of Honduran embassies and consulates to organize debates, carry out visits and meetings with authorities, etc., to reaffirm their condemnation of a military coup in the continent. They will denounce the fact that the U.S. military bases supported the coup and have increased their presence in the country. They will denounce the persecution and murders of activists from social and popular movements and of the Honduran people in general by groups supporting the de facto regime. They will demand that debts incurred through the coup [por el golpismo] not be recognized.

Out, out foreign troops!
Yankee [gringo] trash, out of Honduras!