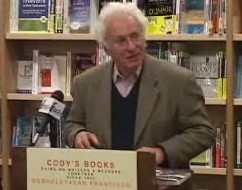 Published in 2006, Paradigm Wars examines the “momentous collision of worldviews that pits the forces of economic globalization against the Earth’s indigenous peoples,” through firsthand accounts of the struggles and successes as well as the impacts of corporations around the world who seek out target Indigenous Lands to exploit the copper and gold, titanium, coltan, molybdenum and coal, trees, plants, water, soil, and every other ‘material’ they can both profit from and help to feed colonial society’s insatiable desire for “more”.

In this collision, Indigenous People are seen as “unworthy” of the lands they live on, and are subjected to an entire spectrum of continual suffering that ranges from industrial poisoning and military violence to forced economic integration, displacement, and the physical destruction of their cultures and paradigms.

Indigenous people, who’ve developed their ways of life over thousands of years, are throughout the world doing everything they can to bring an end to this needless war, as Paradigm Wars demonstrates, to preserve their ways of life, to protect the environment, and bring justice to those who break the backs of the innocent for wealth, comfort, security, and happiness. Theirs and yours.