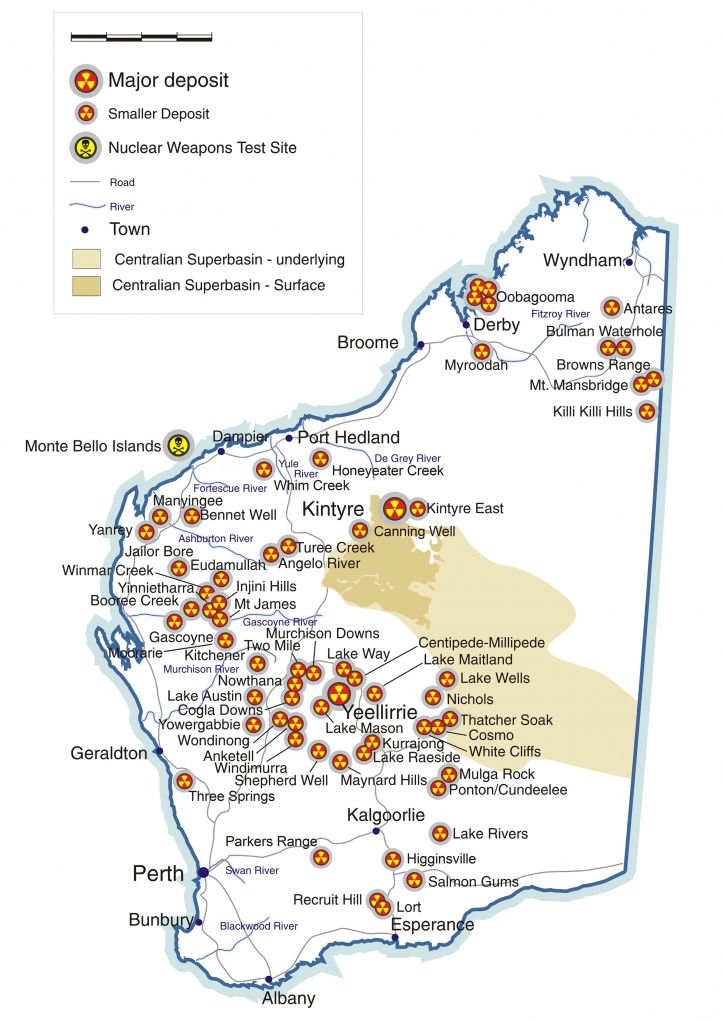 Kado Muir is the Chairperson of the West Australia Nuclear Free Alliance and spokesperson for the Ngalia people. He is also custodian for Yeelirrie, the site of a uranium deposit that is under exploration by BHP Billiton. The word Yeelirrie or Youlirrie in the Ngalia language means “place of death”.

In his op-ed, Kado Muir responds to a letter by Warren Mundine, published March 29, 2012, in the Australian Financial Review.

Globally the nuclear industry is in decline and has been for a long time. The price of uranium was briefly inflated along with false dreams of a nuclear renaissance, in reality the industry is waning. The Fukushima disaster reminded both communities and financial institutions that nuclear power is far too risky for life on this planet.

Warren Mundine wrote to the Financial Review promoting the nuclear industry. He wants uranium mining, he wants nuclear power and he wants the international community to dispose of its nuclear waste here, all on our lands. Mr Mundine does not speak for us here in Western Australia and has no right to talk about what should or should not happen on our country.

Some of the communities who are being barraged by these wanna be miners have generations of knowledge about uranium ‘poison’. We know better than most, the dangers of uranium. We also have generations worth of experience in dealing with mining companies , of witnessing their broken promises and the deep enduring failures of government to protect our country and people. We don’t need someone from the East Coast, from Canberra or Canada to tell us what we should or shouldn’t do. Uranium stays in the ground. We have a saying, “Wanti* Uranium, leave it in the ground!” (*leave it)

The nuclear industry across Australia takes it’s toll on Aboriginal communities; from the nuclear weapons testing in Maralinga and Monte Bello island, from the trial mines in Wiluna, Yeelirrie and Manyingee in WA, to the abandoned mines in the NT & Queensland at Rum Jungle and Alligator River and Mary Kathleen, the existing mines at Ranger and Beverley and Roxby Downs in SA. The defeated proposed waste dump in South Australia now proposed for Muckaty Station in the NT. This industry preys on remote Aboriginal communities keeping everything out of sight and out of mind.

Across Australia there has never been a uranium mine that has not leaked radioactive mine waste into the environment, this industry has been tried and consistently failed.

The risk to our lands, to life itself far outweigh the measly rewards, the few jobs on offer, the State government royalties. It is not worth the long term damage to our country and to our water.

These mines will only last for 10 years or 20 years but as custodians we have thousands of years of waste. Long after this State government is a memory, long after the mining companies have gone broke we will be living with the radioactive legacy of their greedy short term ambitions. I and the people of West Australian Nuclear Free Alliance will not sell future generations short.

Kado Muir is the Chairperson of the West Australia Nuclear Free Alliance, he is a Ngalia man and a custodian for Yeelirrie – one of the uranium deposits under exploration by BHP Billiton.