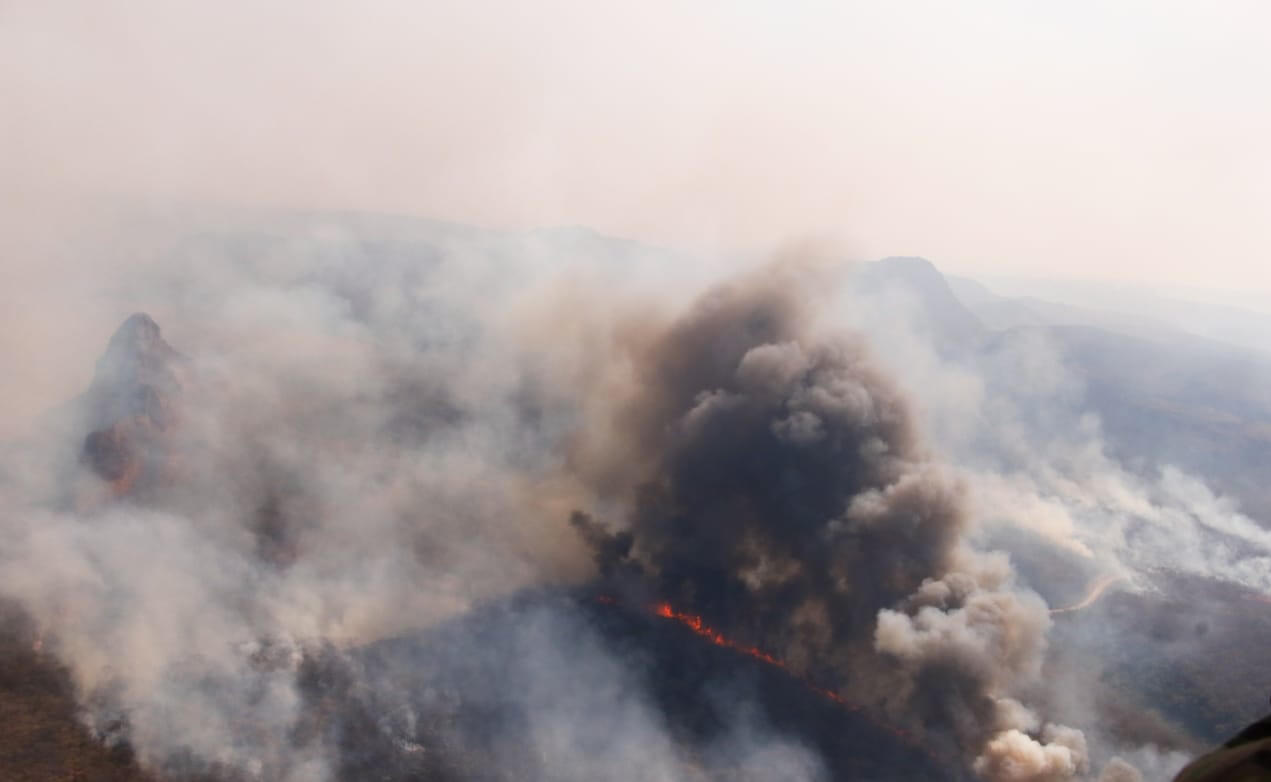 Up to 800,000 hectares of the unique Chiquitano forest were burned to the ground in Bolivia between August 18 and August 23. That’s more forest than is usually destroyed across the country in two years. Experts say that it will take at least two centuries to repair the ecological damage done by the fires, while at least 500 species are said to be at risk from the flames.

The Chiquitano dry forest in Bolivia was the largest healthy tropical dry forest in the world. It’s now unclear whether it will retain that status. The forest is home to Indigenous peoples as well as iconic wildlife such as jaguars, giant armadillos, and tapirs. Some species in the Chiquitano are found nowhere else on Earth. Distressing photographs and videos from the area show many animals have burned to death in the recent fires.

Bolivia just lost half a million ha of the unique Chiquitano forest in 5 days. Media is focusing in Brazil, but we need press attention so that the government acts and asks for inter. help. Please report@BBCWorld @guardIaneco @georgeMonbiot @dpcarrington https://t.co/nPmCpANPtQ

The burnt region also encompasses farmland and towns, with thousands of people evacuated and many more affected by the smoke. Food and water are being sent to the region, while children are being kept home from school in many districts where the air pollution is double what is considered extreme. Many families are still without drinking water. While the media has focused on Brazil, Bolivians are asking the world to notice their unfolding tragedy – and to send help in combating the flames. 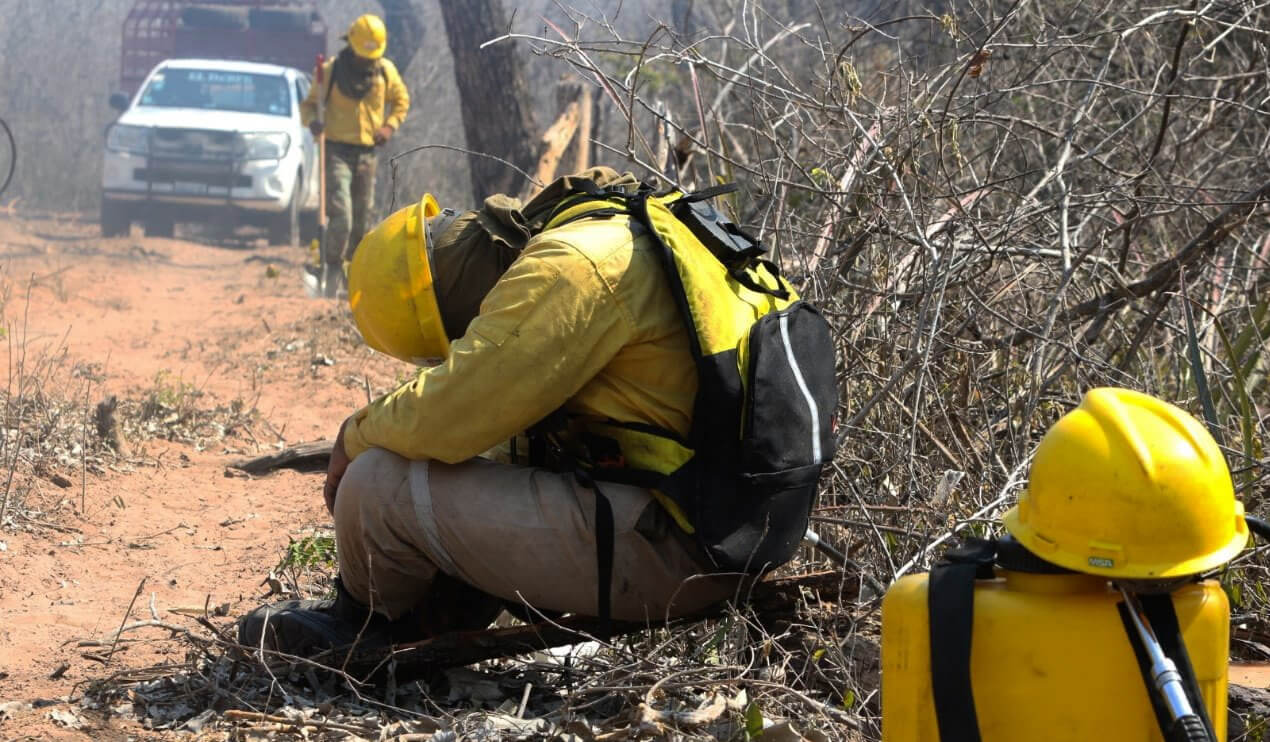 Firefighters and volunteers have been working around the clock to tackle the flames. Ipa Ibañez, Author provided

It’s thought that the fires were started deliberately to clear the land for farming, but quickly got out of control. The perpetrators aren’t known, but Bolivian President Evo Morales has justified people starting fires, saying: “If small families don’t set fires, what are they going to live on?”

The disaster comes just a month after Morales announced a new “supreme decree” aimed at increasing beef production for export. Twenty-one civil society organisations are calling for the repeal of this decree, arguing that it has helped cause the fires and violates Bolivia’s environmental laws. Government officials say that fire setting is a normal activity at this time of year and isn’t linked to the decree.

Morales has repeatedly said that international help isn’t needed, despite having sent just three helicopters to tackle the raging fires. He argued that the fires are dying out in some areas – although they continue to burn in others and have now reached Bolivia’s largest city, Santa Cruz de la Sierra. Many say that the fires could have been contained far sooner with international help, as videos show volunteers trying to beat back the fires with branches. 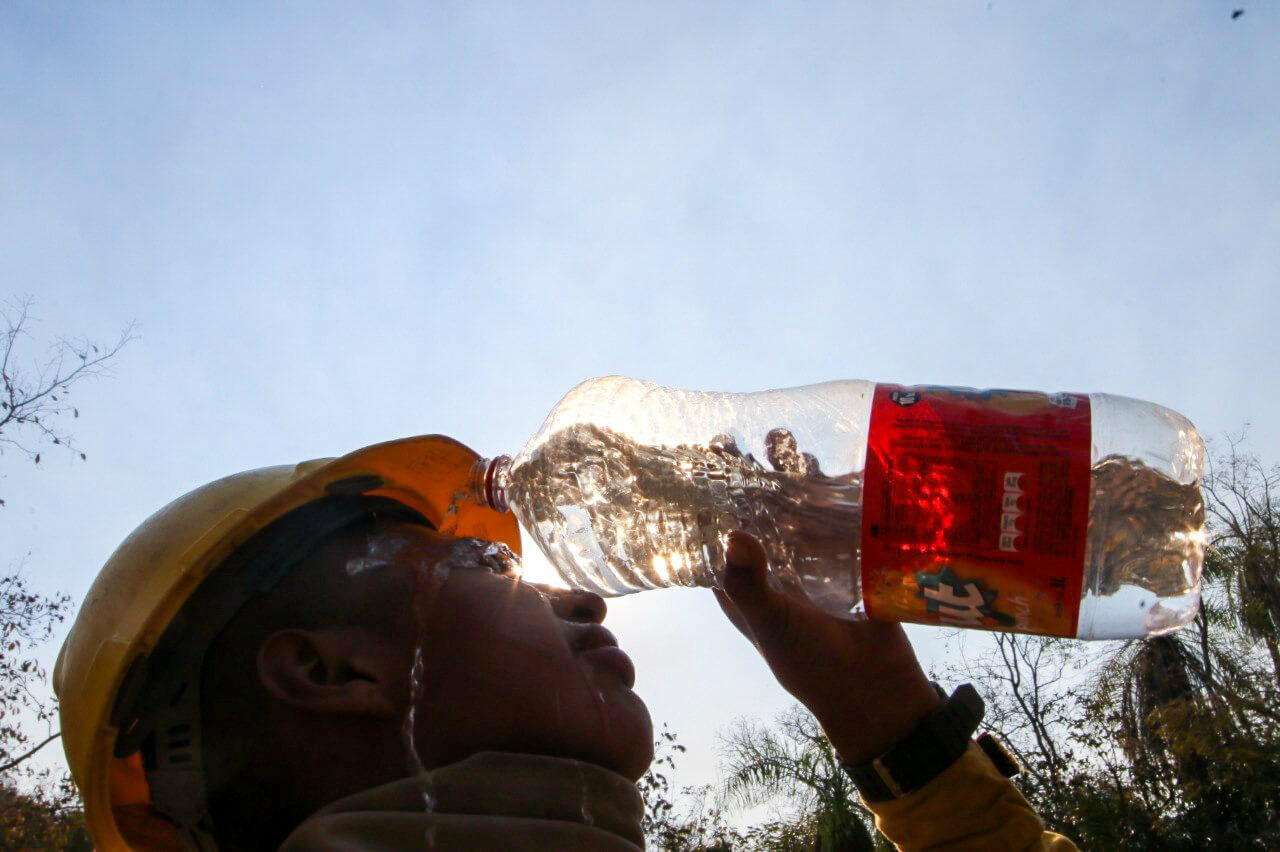 The extreme heat has made fighting the fires intolerable for those involved. Ipa Ibañez, Author provided

As the fires worsened, people gathered to protest in Santa Cruz state. Chanting “we want your help”, they complained that the smoke was so bad they were struggling to breathe. They want Morales to request international aid to fight the fires. While firefighters and volunteers struggle to tackle the blaze in 55℃ heat, Bolivians have set up a fundraiser to tackle the fires themselves.

A fortnight after the fires began, a supertanker aeroplane of water arrived, hired from the US. But if the reactions to the president’s announcement on Twitter are anything to go by, many Bolivians think this is too little, too late. Morales is fighting a general election and has faced criticism for staying on the campaign trail while the fires spread.

Thread on the current fires in #Bolivia:

Fires have been used to expand agro-cattle area before, but our current catastrophe stems from the government authorizing further fires on FOREST lands in a new alliance with private sectors who wanted these lands.https://t.co/lfS7btxcNW pic.twitter.com/Ho4AuFm1xZ

It is President Evo Morales who should be held accountable. What are these accountabilities going to be? A trial of responsibilities for this number of events that are occurring in the country, this number of violations of Indigenous peoples and also the rights of Mother Nature.

President Morales came to power in Bolivia in 2006, on a platform of socialism, Indigenous rights, and environmental protection. He passed the famous “Law of the Rights of Mother Earth” in 2010, which placed the intrinsic value of nature alongside that of humans. His environmental rhetoric has been strong but his policies have been contradictory. Morales has approved widespread deforestation, as well as roads and gas exploration in national parks.

While the fires in the Chiquitano have dominated the media within the country, hundreds more rage across Bolivia, assisted by the recent drought. It’s unclear whether the response to these fires will affect the October election outcome, but sentiments are running high in the country, where more than 70% of people prioritise environmental protection over economic growth.

Bolsonaro and Brazil might grab the headlines, but Bolivia too is now host to a desperately serious humanitarian and environmental situation.

This article was originally published by our publishing partner, The Conversation. It has been re-published under a Creative Commons License.