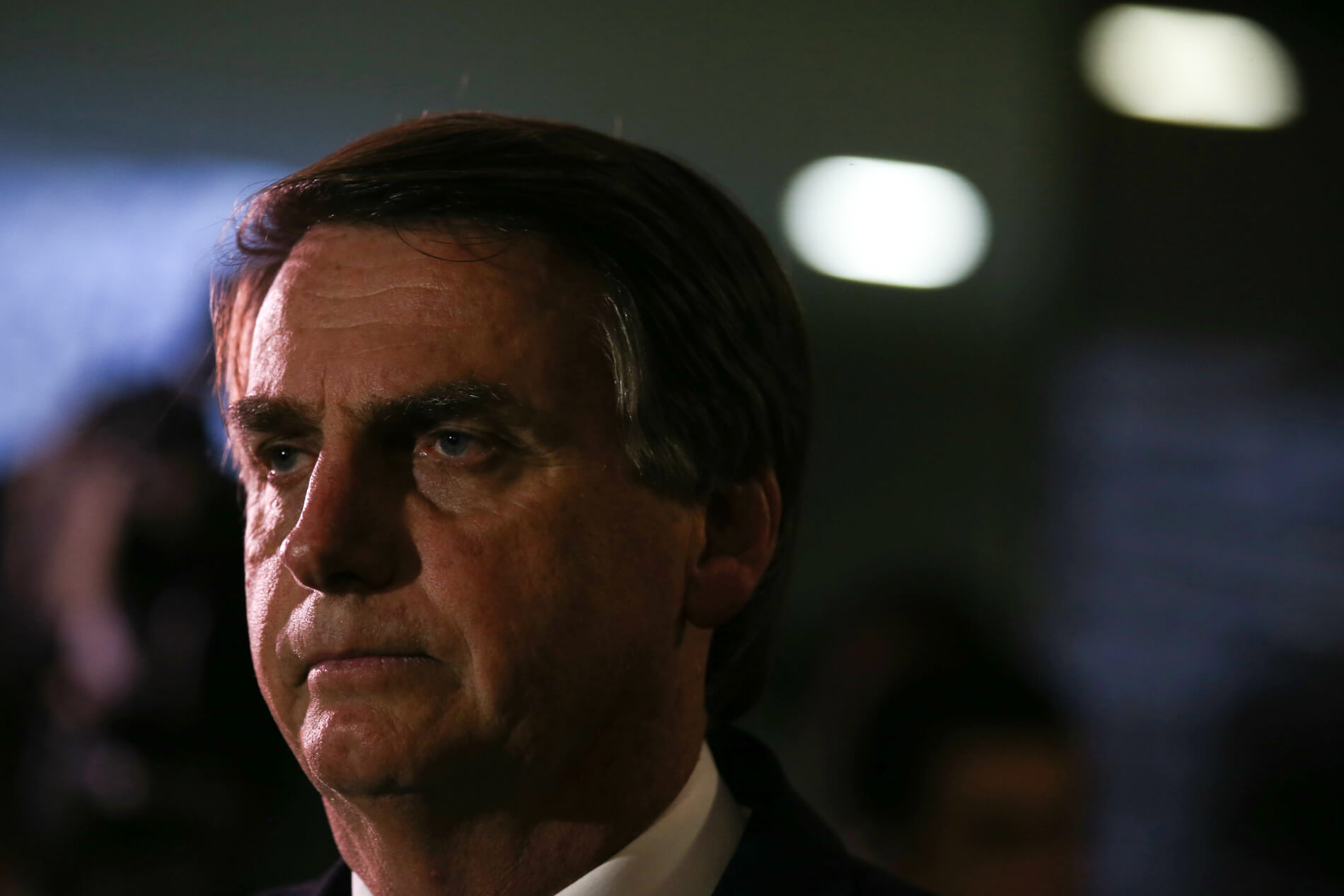 Is Brazil about to elect a ‘fascist’ as President?

Extreme rightwing candidate Jair Bolsonaro, an ex-army captain who has defended torture and dictatorship, won the first round of Brazil’s presidential election, but his total of 46 per cent fell short of the 50 per cent of the valid votes needed. There will be a final round on 28 October.

His opponent is Fernando Haddad, candidate of the leftwing PT, or Worker’s Party, who secured 29 per cent of the vote on Sunday. Although voting is obligatory in Brazil, 20 per cent failed to cast their vote, while 10 per cent spoilt or left it blank.

This was an election full of surprises. The biggest of all was how, in just a few months, a rather uninspiring congressman, known only for hate speech and offensive remarks, managed to sweep into first place. Ignoring traditional means of communication, Bolsonaro’s campaign relied heavily on social media, including a barrage of ‘fake news’ about Haddad.

He successfully presented the image of a strong leader who would impose law and order in a country where violence and crime claim dozens of lives every day. Last year over 60,000 Brazilians were murdered, a death toll higher than any other country, including those with civil wars.

He also tapped into the widespread, often visceral anti-PT sentiment, which has grown as a result of corruption investigations involving high-ranking party members, including ex-president Lula, who is now serving a highly disputed 12-year sentence for his alleged crimes An openly anti-PT media landscape contributed to this demonization.

But in Brazil’s poorest parts, the Northeast Region, Lula remains a hero because of the material improvements his government brought to people’s during its eight-year tenure, like electricity, water cisterns, family allowances and access to education.

As the imprisoned Lula was barred from running in this election, the northeastern electorate voted overwhelmingly for the PT replacement candidate, ex-Education Minister Fernando Haddad.

Yet even in this solidly PT area, some voters decided to give Bolsonaro a chance, saying he represented change and honesty. For although Bolsonaro has been a congressman for almost 30 years, he successfully sold himself as the anti-establishment candidate to a population fed up with a political system steeped in corruption, graft and horse-trading.

Brazilians are also angry about the recession that began under Lula’s successor, Dilma Rousseff, and continued after she was impeached on trumped-up charges in 2016.

Today thirteen million people are unemployed, millions more live from ‘bicos’ or odd jobs and extreme poverty has returned, with a rise in infant mortality and avoidable diseases.

Brazilians have ostensibly turned to Bolsonaro because he appears to offer quick and easy solutions to these problems: lowering taxes, selling off state companies, even relaxing gun laws for ‘good’ citizens. His supporters do not seem worried by his lack of a coherent programme of government, or by his inexperience in an executive role.

Instead landowners are delighted with his promises to stop the demarcation of indigenous lands and open them up to economic exploitation. And most of the evangelical churches, who now count almost 30 per cent of the population as members, applaud his anti-abortion, anti-LGBTQI stance.

Bolsonaro is nostalgic for the days of the 21-year-long dictatorship, which ended in 1985. His running mate is a reactionary retired army general and he wants to appoint military officers as ministers. Schools would become military colleges with emphasis on discipline.

After the election results were announced, Fernando Haddad immediately called for democratic forces of all parties to unite around him, and defeat fascism. He promised that his government would look out for the poorest and weakest members of society.

Traditionally, the winner of the first round in Brazilian elections goes on to win the second round. Haddad now faces an uphill task in overcoming anti-PT sentiment, exposing the flaws in Bolsonaro’s project, and proposing a pragmatic programme of his own to deal with unemployment and crime. He is not helped by a media which often insists on equating the two sides as equally ‘extremist’.

But the election results were not all bad news for the Left. In the simultaneous elections for Congress the PT emerged as the largest party, although far short of a majority, and the party elected several state governors in the Northeast.

A number of indigenous and black representatives were also elected, including Brazil’s first female indigenous federal congresswoman, Joênia Wapixana. It is almost 40 years since an indigenous person sat in Brazil’s Congress. In Rio three ex-aides to the murdered councillor Marielle Franco were elected to the local assembly.

This article was originally published at the New Internationalist. It has been re-published at IC with permission.