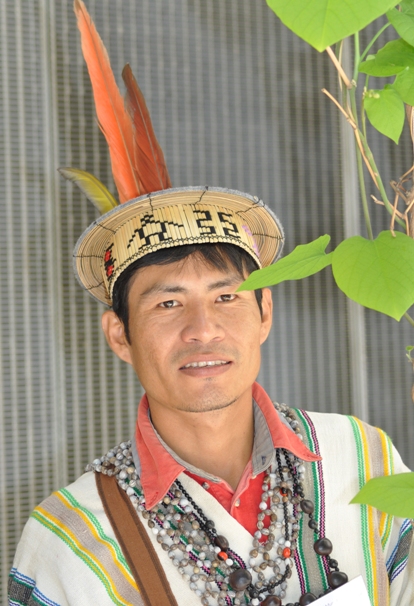 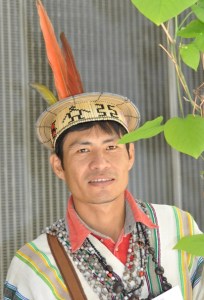 The municipality of Río Negro, located in the province of Satipo, in the central region of Junín, is today recognized as a model of Good Living governance. This is one of the first experiences of the institutionalization of indigenous representation in local government and has also become a model for many municipalities in Peru. In 2012, the municipality was recognized with the National Prize for Good Practices in Public Management, awarded each year by the Peruvian institution Citizens Up to Date (CAD), for its work on social inclusion.

Río Negro has approximately 26,000 inhabitants, 36 percent of which are indigenous Asháninka people, a native group hard hit by political violence in Peru between 1980 and 2000. Asháninka communities managed to overcome the scourge of violence — which exacerbated poverty and exclusion — with its only weapon: organization.

In 2007, by an initiative of the indigenous peoples, the municipality established the Department for the Development of Asháninka People. It is currently run by Teddy Sinacay Tomas, who spoke to Raquel Gargatte, a collaborator with Latinamerica Press, about the experience of governing under the Good Living model.

How did the experience of government with representation of Asháninka people start in the municipality of Río Negro?

In 2000 our organizations — such as the Interethnic Association for the Development of the Peruvian Rainforest (AIDESEP) and the Confederation of Amazonian Nationalities of Peru (CONAP) — pushed nationwide for the creation of INDEPA [Institute for the Development of Indigenous Peoples]. This plan to have a space for indigenous peoples in the governmental structure failed; then we the rionegrinos — understanding the importance of this initiative — copied this model and put it forward to the local government of Río Negro.

Luckily, the mayor back then — Mr. Guillermo Chumpitaz Quispe — listened to us and understood our proposal. In 2003 the Secretariat of Indigenous Affairs was created as an advisory body that operated with hardly any budget, within which they tried to develop some activities. In 2007, the Department for the Development of the Asháninka People was created, a body that has political power to make decisions towards the benefit of the native communities and their organizations, as well as to the benefit of the conservation of land, in order to improve the quality of life while respecting their [the indigenous peoples’] traditions, idiosyncrasy and world view. Back then the department was run by Yenny Muñoz Hilares, who was the first female indigenous representative elected by a congress made up of all native communities of the Río Negro district.

What we propose is development within a framework of respect for the rights of the indigenous peoples. It is often thought that development means having streets, sidewalks, houses made with noble materials, but this cannot be done in a community. No one is saying that we shouldn’t have access to basic facilities; however, what we want is to develop simultaneously within a framework of respect for our culture, where there is tranquility, peace within the community, where everything is harmony, healthy living, in connection with the environment related to the forest and to the nature.

Which projects are being implemented by the local government to guarantee the development of the indigenous peoples of Río Negro?

Initially, when the secretariat was established, we started campaigning for ID cards and we currently have 98 percent of people documented. The second activity has been working on productive projects, such as the cultivation of cocoa, coffee, fish farming; then we undertook a project for [the recovery of] orchids, to save this species. We have developed capacity building projects, we are trying to strengthen the indigenous governance in the native communities in order to empower the leaders, guide them as to what their role is, how to lead a community, how to look after their territory, how to safeguard its natural resources, how to ensure peace between families, all that based on communal statutes that constitute the internal law of the community.

Last year [2012] not only did we prepare new model statutes that guarantee the Good Living model but we also implemented a new management tool — the regulation for the administration of justice. Through it, the community itself has chosen its own sanctions so that the one that makes a mistake has to mend their ways and if that fails, as a last resort, the community member is expelled from the group for refusing to adapt to the communal life; and when the offences are quite serious, such as a murder, the community passes [the case] to the authorities so that the problem can be resolved by the ordinary justice.

All that is going to help strengthen organizational work for good governance in native communities, related to Good Living.

How are the decisions regarding development projects with indigenous peoples made? Is there participation? Who chooses the projects?

Neither can a leader do as they wish, because if that happens the people will protest and may change their leader, as it is not fair [for the leader] to take decisions alone. At the moment we are also promoting equitable participation of women in the decision-making process; before there was a strong [presence of] machismo — it was thought that the assemblies were for men only. Currently this is not permitted; women do participate in the meetings, in the assemblies, because it is said that we [both sexes] have the same rights, that’s what we are strongly promoting.

What has changed, what has improved in Río Negro with the participation of the indigenous peoples in the local government?

Thanks to that, with the participation of our authorities in the participatory budgeting, communities are choosing their own productive projects that are not based on the cement anymore. Communities are starting to express their ideas so that the municipality can take them into account and create public policies.

What we want is that our government understands that we are citizens, we are Peruvians, we believe that our input could help a lot because when we talk about development, western development models are often imposed on different realities, something that cannot work here. Our government must take into account our reality, [because] when they don`t, it generates a lot of problems and social conflicts.

This interview was originally featured at Latin America Press