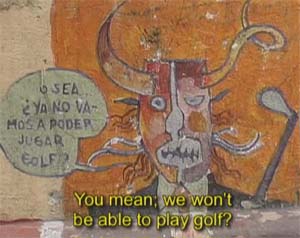 Intercontinental Cry: A Year in Review

2010 was a pretty eventful year for Intercontinental Cry (IC). Most notably, in June 2010, my article “Stop Killing and Starvation of Samburu People in Kenya,” was selected as one of the top 25 most Censored Stories for 2009-2010 by Project Censored.

In October, I also began the process of translating the website into four additional languages. Right now the effort is slow-moving, but I’m thrilled to say that IC now has its own translation team! So far, five people have come forward to offer their translation services. Hopefully that number will continue to grow.

And though I received just 7 donations throughout the year, It was more than enough to cover the costs of the website for 2010.

Still to my amazement, in May 2010, a long-time reader also purchased a new computer for me, days after I learned that my old computer was leaking toxic chemicals onto the Motherboard. I will be forever grateful for that reader’s kindness.

Concerning the website specifically, there was a pretty big decline in the number of stories that I wrote, compared to last year. Although, the average number of comments those stories received grew substantially:

IC’s credibility also appeared to grow significantly. In 2010, more than a dozen NGOs began following the website, along with a few government agencies and international institutions. As well, roughly three dozen articles were cited in various reports and studies as well as websites like Global Voices Online, Huffington Post, Indian Country Today, the Guardian and others.

IC’s presence on social networking also continued to grow. However, no one story seemed to get major attention, unlike selected articles in 2007, 2008 and 2009 which received anywhere up to 150,000 views.

Overall, according to various info sites like technorati, IC remained as one of the more popular journals on the net for indigenous news.

On that note, I would like to close this year in review by saying that I’m very hopeful about the future. While I may not write as much as I use to, my articles are starting to have a greater impact on the international community. I can only pray that this leads to greater coverage of the incidents that I am reporting on.

Finally, I also wish to add that, if you do find the website useful, I hope you will take a moment now and again to tell your friends about it and share my articles on forms, blogs, news groups, and networking sites like Reddit, Twitter, Facebook, Care2 and StumbleUpon. Generally speaking, Reddit and Care2 have proven to be quite useful in bringing attention to stories on IC.

Or, if you’re in a good financial position, consider making a small donation so I can keep the website going. If you don’t know it yet, I’m the only person running the site—and I don’t get any foundation funding–so every donation counts.

Most Commented Articles in 2010

Most Watched Videos in 2010

Least Viewed Stories and Videos in 2010