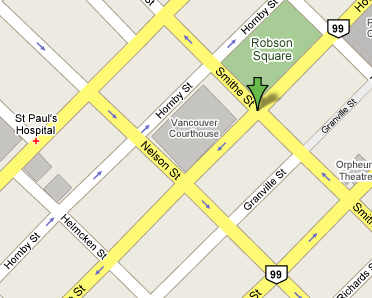 On Friday August 31, Shell will be seeking an injunction in Vancouver’s BC Supreme Court to have the Elders of the Iskut and Telegraph communities forcibly removed and arrested by the Royal Canadian Mounted Police.

There is a Support Rally on the same day, August 31 at 10am-1pm at the BC Supreme Court House, 800 Smithe St., Vancouver.

* For more information, you can go to sacredheadwaters.com/commentary/ and www.skeenawatershed.com

On Friday August 31, Shell Canada will be seeking an injunction in Vancouver’s BC Supreme Court to have the Elders of the Iskut and Telegraph communities forcibly removed and arrested by the Royal Canadian Mounted Police.

This is the latest in the ongoing struggle to oppose Shell Canada’s Coal-bed Methane exploration project in the Sacred Headwaters of the
Stikine, Skeena and Nass River watershed.

The Elders and their supporters have vowed they will maintain their vigilance over this sacred culturally significant area irregardless of what the outcome maybe. In their words “it is for our grandchildren we are still here after two and a half years and we will remain here as long as we are breathing to protect this land.”

Too much development, too fast for Tahltan.
By Rob Annandale
Published: August 27, 2007. TheTyee.ca

Protestors opposed to a proposed coalbed methane project in a remote and sacred corner of the province could be in a Vancouver courtroom later this week after lawyers for oil and gas giant Royal Dutch Shell filed an injunction seeking to have them forcibly removed from the site last Thursday.

The dispute is the latest skirmish in a lengthy battle over mining and gas drilling in northwest B.C. Local First Nations and environmental groups have repeatedly clashed with companies hoping to cash in on the area’s rich bounty of natural resources.

Last week a small group of First Nations elders and their families bearing “Get the Shell Out” placards prevented Shell workers and contractors from rebuilding a road needed to relaunch explorations in the Klappan Valley — a place known to the Tahltan First Nation as the Sacred Headwaters. Shell responded by serving the elders with papers to appear in court to settle the dispute on Aug. 31.

“We didn’t want it to be this way,” Shell Canada spokesperson Larry Lalonde told The Tyee from Calgary on Friday. “It’s unfortunate that a small group of people chose to blockade a legitimate business activity that will bring many benefits to the local community.”

But as the starting point of the salmon-rich Nass, Stikine and Skeena rivers, and a key source of hunting and trapping, the Klappan Valley holds enormous cultural and spiritual significance for the local Tahltan people, protest leaders say. And while the elders insist they are not opposed to any and all development within their massive territory, they believe it should be guided by two principles: only one development at a time, and no development in the Sacred Headwaters.

“That’s where we take our youth to teach them our culture, our way of life,” said Rhoda Quock, spokesperson for the Klabona Keepers — a group of elders formed to watch over the Sacred Headwaters — and one of three individuals the Shell’s summons mentioned by name. “And it’s the last place our elders want to go before they die.”

Quock said Friday that the summons changed nothing. Her group, she said, is more than prepared to take its fight to the courts.

Last week’s protest, which took place near Iskut (about 500 km northwest of Smithers), marked the third consecutive summer of protest for the Tahltan nation. Members of the band have set up blockades to stop the exploitation of their lands by mineral and energy companies in each of the previous years.

In 2005, an injunction obtained by Fortune Minerals allowed it to proceed with environmental testing for an open pit coal mine. A handful of protestors, including nine elders, were arrested at that time.

This time out, the modest local movement has added moral support. Fourteen environmental groups — including such heavyweights as Greenpeace, the Sierra Club and the David Suzuki Foundation — sent a letter to Shell last month asking the company to reconsider its plans for the area.

“What was just a regional issue has become much bigger,” according to Will Horter, executive director of Dogwood Initiative, one of the letter’s signatories. Shell has to be particularly careful about public perceptions, Horter said, given its highly visible brand and its stake in other Canadian energy hotspots such as the Mackenzie Valley and Alberta’s oil sands.

Others, too, are opposed to this kind of development. A coalbed methane development would require wells, pipes, roads, power lines and noisy compressors. It would also put the region at risk of serious water pollution and likely require the company to use flaring — a controversial and environmentally suspect process intended to burn off excess gas.

In 2003, the Union of B.C. Municipalities called for a moratorium on coalbed methane exploration and drilling rights unless there was increased consultation at the local level. More recently, popular protests helped kill proposed developments near Telkwa and Smithers.

Shell’s spokesman, however, says the risks are being exaggerated. The company has consulted widely with the Tahltan in the three and a half years since obtaining the rights to the Klappan, Lalonde said.

The exploratory work it did in the past was also on pre-disturbed land, he added, and it plans to do the same for the 2007-08 season.

What’s more, Shell has promised to truck away contaminated water that may come out of the coal beds rather than dump it in nearby lakes or rivers, Lalonde said, at least in the next year. Beyond that, the company would commit only to following the requirements of B.C. law, requirements many environmental groups criticize as lax.

Lalonde also refused to rule out flaring. “If we could get gas to flow, we’d look to do some flaring to burn off the excess,” said Lalonde. “There is just no other way to transport it.”

Shannon McPhail, executive director of the Skeena Watershed Conservation Coalition, is organizing a team of “witnesses” to camp out at the Sacred Headwaters and keep an eye on Shell. McPhail is not reassured by Shell’s claim that it only plans minor maintenance work prior to small-scale exploration.

“If they’re pushing this hard and willing to arrest grandmothers, it really does set the tone for how things will go once they’ve explored,” she said from near the blockade. “There will be no stopping them if they find a viable resource.”

McPhail is also planning a demonstration outside the courtroom for Friday. She has also co-signed a letter to Shell that questions whether the multinational has taken steps necessary to reconstruct an access road to the proposed drilling state in order to repair damage from winter mudslides.

Because the road lies next to the Klappan River, there are certain hoops to jump through and permits to obtain in order to guard against destruction of fish habitat. The letter cites concerns by the federal Department of Fisheries and Oceans and the provincial Ministry of Environment that Shell has not done enough.

At the same time, the letter raises questions about Victoria’s enthusiasm for development in northwestern B.C., which “has grown out of proportion with our government’s commitment to reasonably manage all resources with the free, prior and informed consent of all parties.”

While the debate over development on Tahltan lands has attracted some big-name friends to the cause, it has also led to internal divisions.

In 2005, a group of elders held a lengthy sit-in to try to remove a chief perceived by some to be benefiting personally from accelerated
development.

But even the Tahltan Central Council, a group often criticized for its perceived pro-business bent, is cautious about this development. Its chairman, Curtis Rattray, is not sure whether or not to endorse the Shell project, even in its exploratory phase, because his group feels it lacks the popular mandate to support Shell’s plans. But Rattray is well aware of the risks of excessive mining.

“Fifteen years of benefits for 1,000 years of impacts doesn’t make sense,” said Rattray by phone from his office in Dease Lake. “It’s better to keep the ore in the ground until technology improves.”

Of course, rethinking an entire industry will cost plenty of time and money. Shell’s latest move suggests it is done giving its opponents time. And something more precious than money is at stake, according to the protestors.

“Klappan means a lot,” said Rhoda Quock. “There will be a bunch of broken spirits if we lose it.”