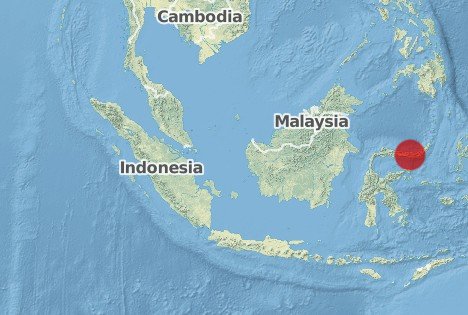 Three members of the Motoling Picuan indigenous community in North Sulawesi were seriously injured when a conflict between the community and PT Sumber Energi Jaya, a gold mining company operating in the area, escalated around midday last Monday, 6 January.

Sernike Merentek, a member of the Motoling Picuan indigenous community was shot by police from behind with the bullet penetrating his stomach. He was taken to Kando Malalayang hospital, Manado, in a critical condition. He is now reported to be conscious and able to communicate, though minimally.

In addition to Sernike, Hardi Sumangkut, 36 years old, and Asni Runtunuwu, 40 years old, were also both injured by police gunfire. Another victim, Terok Jefri, 38, was wounded in the arm by arrows fired by hired thugs working for the company.

Other community members have also since been arrested. “Six members of the indigenous Motoling Picuan community are reported to have been arrested and mistreated by police. They are still being held,” said Second Deputy to the Secretary General of AMAN, Rukka Sombolinggi.

Five of the six people currently being held were arrested on Wednesday afternoon, 8 January.

Jan Tendean, 60 years old, suffered head injuries and was treated in hospital before being imprisoned at the Minahasa Selatan jail. Lorens Flendo, 63, was reportedly kicked in the head. Romy, 38, and Noldy 35, are both reported to be in a critical condition in police custody. Their family has been denied visiting rights. Karya, 35, although reportedly not in a critical condition, remains in police custody.

Hartono Adidin, 45, was arrested later on the following day at the airport, just [prior to leaving] for Jakarta.

PT Sumber Energi Jaya has operated in the indigenous area of Picuan, East Motoling, South Minahasa in North Sulawesi since 2012. A ruling by the Minahasa Selatan mayor, SK Bupati Minahasa Selatan No. 87, Year 2010 to Change [Exploration permits to Mining permits] has enabled the company to secure a 20-year contract to undertake mining operations in the area. Indigenous peoples of Motoling Picuan have voiced their opposition to the ruling since it was first issued.

The arrival of PT Sumber Energi Jaya has threatened the traditional mining of the community which has taken place since 1990. Traditional mining was previously licensed by the Director General of General Mining No. 673K/20.01/DJP/1998 on Zoning of People’s Mining for Minerals and Gold in the area of Alason and Ranoyapo, Minahasa, North Sulawesi province.

This is not the first instance of violence in the community. According to AMAN, this case is just the tip of the iceberg of violence against indigenous peoples by the state on behalf of corporations.

A report by AMAN North Sulawesi and civil society organisations from 7 June 2013 noted the violence that was undertaken by the police on behalf of PT Sumber Energi Jaya.

On 22 March 2012, police arrested Pastor Edison Kesek who was accused of being an illegal miner and leading the resistance against the company’s mining.

On 26 May 2012, police undertook searches in Motoling Picuan and shot two people. Hautri Marentek was shot in the arm while climbing coconut trees belonging to the residents and Sumolang was shot in the thigh while in his own garden.

On 4 June 2012, South Minahasa Police searched the home of residents of Motoling Picuan. Officials reportedly hit Fredi Lendo [on] the head and [around] the waist, with Fredi requiring treatment at Amurang hospital before later being moved to a hospital in Manado.

In the search, it [was] reported John Aringking was shot in the head. He was taken by residents to the Rumah Hukum Tua (the house of the village chief). John was taken to Amurang hospital and later referred to Prof. Kandou Malalayang hospital in Manado.

“We demand that that the South Minahasa district police stop violence against the indigenous peoples of Motoling Picuan,” said the Secretary General of AMAN, Abdon Nababan on Monday 13 January.

“How much more blood will be shed in the Archipelago from officials defending corporations? It is time for Indonesia to have laws that protect indigenous peoples, including protection from violence against the state.”