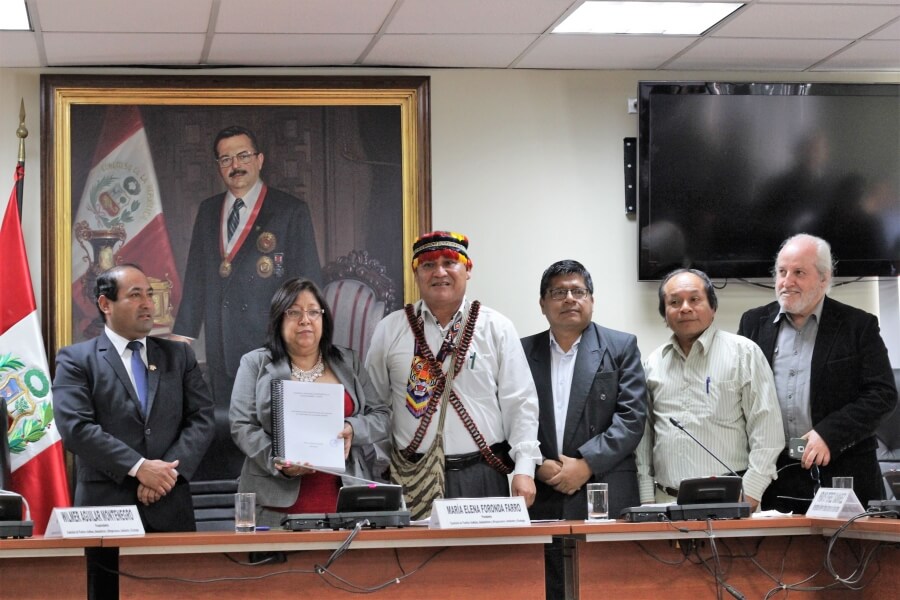 In a historic event, representatives of the indigenous Wampis nation in Peru, whose territory covers 1,327,760 hectares of forests in the Santiago and Morona river basins (Amazonas and Loreto region), delivered at the Congress of the Republic documentation that sustains (or is the basis of) the traditional and millennial occupation of this territory, as well as the geographical, technical, legal, and anthropological support of the exercise of their autonomy.

According to the press release of the Territorial Autonomous Government of the Wampís Nation, the delivery of this documentation constitutes a formalization of its self-government and a notification of the exercise of its autonomy, which has been taking place for a long time and which today is protected by international legal instruments.

In turn, Wrays Pérez, Pamuk or President of the Wampís Nation clarified that the exercise of their right to self-determination is not intended to promote any separatism of the Peruvian State, but, on the contrary, “as is expressly indicated in the Constitutional statute of the Territorial Autonomous Government of the Wampís Nation, solemnly our Peruvian nationality and respect for the unitary territorial character of Peru. ”

The Wampis Nation hopes that, from this notification, the Peruvian State will comply with the recognition of its integral territory and the Wampis Peoples as a subject of law, in accordance with Convention 169 of the International Labor Organization and the United Nations Declaration on The Rights of Indigenous Peoples.

This article was originally published at International Rivers. It has been edited for IC under a Creative Commons License.