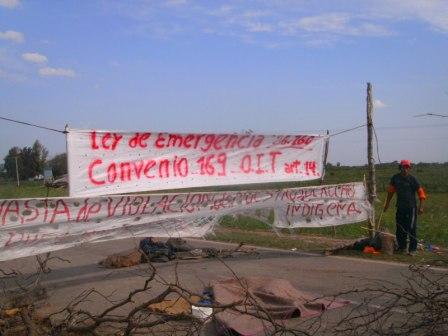 Four months ago, on July 25, about 100 Toba Qom set up a blockade on national highway 86, 170 kilometres north of the provincial capital of Formosa, to protest against the construction of the new National University Institute, a project that’s headed by the Provincial Government.

The Toba say that the land earmarked for the new University is a part of their ancestral territory, and they’ve been trying to reclaim it for years. Despite the fact that Argentina has signed ILO Convention 169 and the UN Declaration on the Rights of Indigenous Peoples, the government refuses to recognize their rights to the area. The Toba had hoped that the blockade would convince the government to finally send someone to negotiate.

According to Amnesty International, early on November 23, “five members of a non-indigenous (criollo) family who claim property on the same piece of land arrived on horses, carrying arms. They were accompanied by around 18 police officers. When Felix Diaz [a community leader] approached them, they shot at him twice, missing both times. Coming to his aid, other members of the community threw stones at the horses to make them bolt. The family left, firing shots in the air. Terrified community members confronted the police who did nothing to protect them. According to members of the community, police officers told them “you deserve it; you have been looking for trouble.”

Several hours later, the police showed up in droves and told everyone to abandon the area. Felix Diaz, a Toba leader that headed the protest, said the police “never showed us a dispersal order. They didn’t even want to chat. They came with the intention of killing,” Diaz stated. When the community refused to do as they were told, the police began to arrest and assault anyone they could get their hands on. In the chaos that ensued, two Toba and one police officer was killed, nearly two dozen Toba were physically assaulted; and a total of 28 Toba were arrested including a pregnant woman and several children between the ages of 4 and 17. 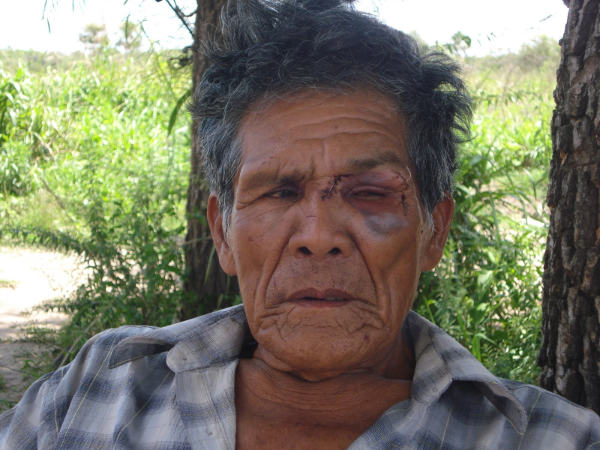 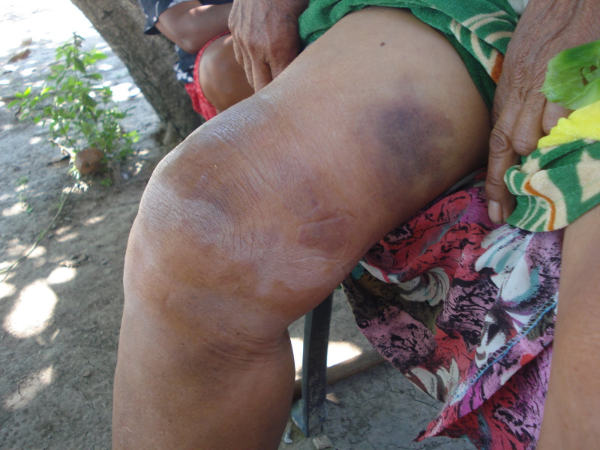 Most of the Toba that were attacked were elderly men and women, who couldn’t outrun the police.

Fortunately, 27 of the Toba that were arrested were released from prison after 24 hours. According to Amnesty International, only “Eugenio Fernandez, a young community member… remains in detention.” However, some of the Toba appear to have been tortured while they were incarcerated. According to statements on the community’s website the police handcuffed some of the Toba (presumably, to their beds) and tossed hot water on them so they couldn’t sleep. “The cell was a river of blood,” they state.

Following the repression, the police also burned all of the Toba’s homes and property. Everything was lost, from documents to clothes, bicycles, and food. 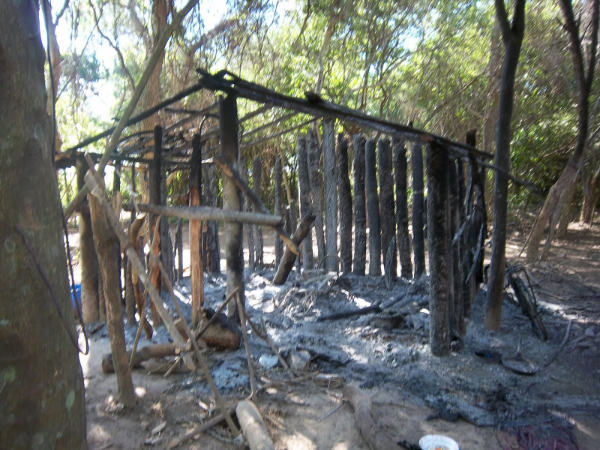 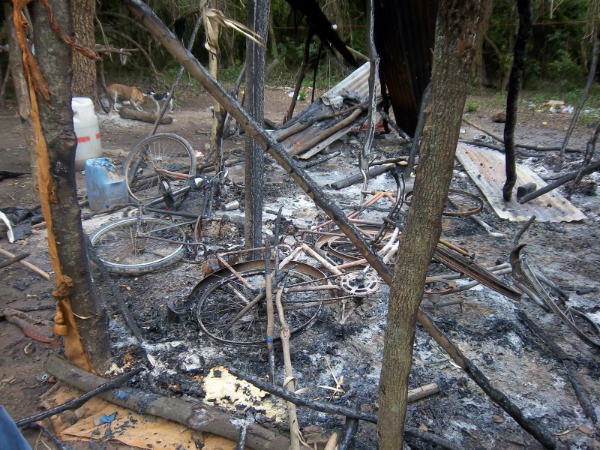 A formal investigation of the events of November 23–what appears to have been a completely illegal action on part of the police–is currently ongoing.

Amnesty International is urging the international community to write to the following officials (in Spanish or your own language):

Other NGOs have also called for the Impeachment and arrest of Formosa governor Gildo Insfran; Compensation for the families of the victims of the police repression; and for lawful and equitable solutions to all problems concerning land, health, education and community work.