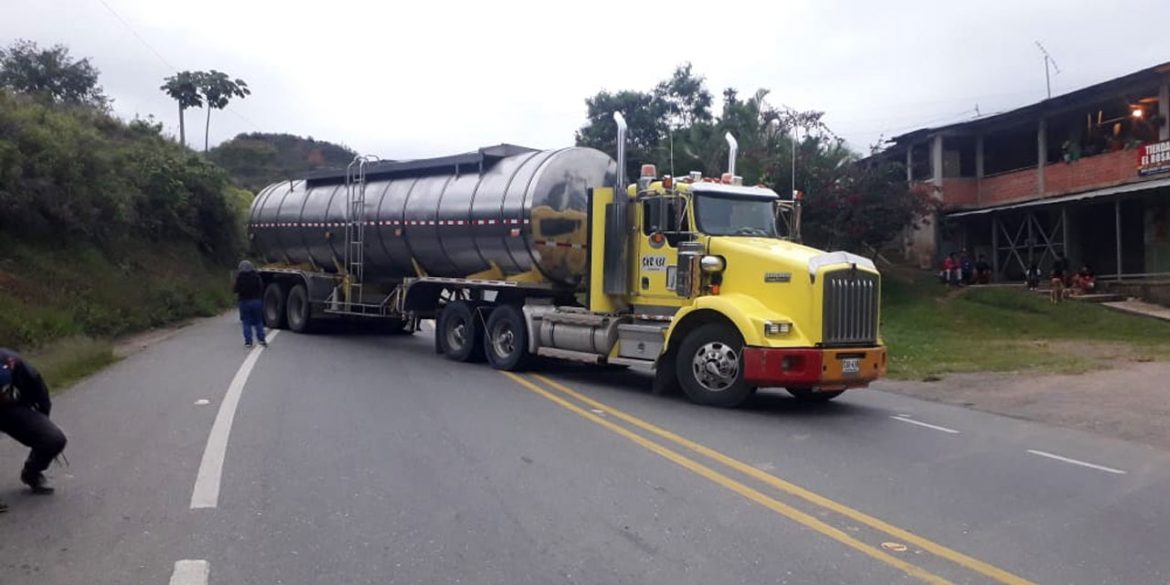 Protesters have blocked the highway that connects much of Colombia with Ecuador in the latest escalation of anti-government protests on Wednesday.

Indigenous protesters blocked the Pan-American highway in Caldono, a locality between Cali and Popayan, and are intermittently allowing passage, according to regional indigenous organization, CRIC.

The indigenous protesters blocked the highway “in the framework of the national strike and for the indigenous comrades assassinated by ESMAD,” they said, using the abbreviation for the national riot police unit.

It is time to meet, social sectors, workers, artists, transporters, teachers and students from different private and public universities, pensioners, to denounce the accumulation of a capitalist model that does not work and that is implemented by President Ivan Duque and some congressmen, a model that does not work, a model of death that does not contribute to the development of the Colombian country.
Regional Indigenous Council of Cauca

The roadblock limits traffic from Ecuador to mayor cities like Cali and Medellin, but does not affect traffic between the border and the capital Bogota.

The indigenous peoples joined the national strike earlier this month after the killing of indigenous governor Cristina Bautista, one of dozens of native Colombian leaders who have been assassinated in the Cauca province alone.

The native Colombians have been asking for talks with the president since March, but have been ignored, despite their claims that they are victims of genocide.

The roadblock comes a day after attempts to set up dialogue between Duque and strike organizers failed and protests against the unpopular president intensified.

People have been protesting throughout Colombia since Thursday last week, in the biggest anti-government protests in four decades.

Duque’s attempts to violently repress protests in Bogota have increase support for them while, according to one pollster, further sinking the president’s approval rating.

Congress met with strike leaders on Wednesday while the inspector general is trying to convince the president to engage in meaningful dialogue with the protesters.

This story was originally published by Colombia Reports. It has been republished at IC with permission.