The Zápara (or Záparos) are an indigenous people of the Amazon jungle that straddles the border of Ecuador and Peru. They once occupied some 12,000 mi² between the Napo River and the Pastaza. Early in the 20th century, there were some 200,000 Zapara.

From the year 2009 on the Ecuadorian Zápara call themselves Sápara. The official name is Nación Sápara del Ecuador (NASE). It means Sápara Nation of Ecuador. The president of this nation from September 2009 until September 2013 is Bartolo Alejandro Ushigua Santi also known as Manari Kaki Ushigua Santi or Manari Kaji Ushigua Santi.

The Sápara Nation was officially registered by CONDENPE – the Council of Development of the nationalities and peoples of Ecuador – on September 16, 2009. The new name and organisation are results of a unification process with other indigenous communities which called themselves Záparos or Záparas as well. There was a conflict between these different groups about their real authentic ethnic identity in the last years of the 20th century and the beginning of the 21st century. With this unification this conflict seems to be solved. CONDENPE confirms as well officially the legal status of autonomy or self-government of the Sápara Nation of Ecuador N.A.S.E. and confirms their territory between the rivers Pindoyacu, Conambo and Alto Corrientes (Upper River) in the province of Pastaza. It is confirmed as well that the head office of NASE is the city of Puyo, Pastaza.

If you would like to learn more about the Zaparo, watch the documentary film, TALKING WITH FISH AND BIRDS. The film is available for download here 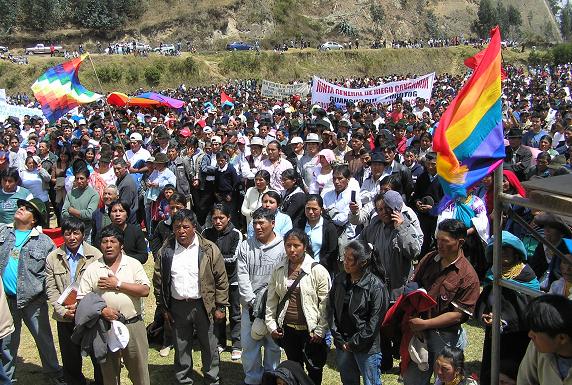