Wet’suwet’en (also known as Hwotsotenne, Witsuwit’en, Wetsuwet’en, Wets’uwet’en) are a First Nations people who live on the Bulkley River and around Broman Lake and Francois Lake in the northwestern Central Interior of British Columbia. The name they call themselves, Wet’suwet’en, means ‘People of the Wa Dzun Kwuh River’.

The Wet’suwet’en are a branch of the Dakelh or Carrier people, and in combination with the Babine people have been referred to as the Western Carrier. They speak Witsuwit’en, a dialect of the Babine-Witsuwit’en language which, like its sister language Carrier, is a member of the Athabaskan family.

The Wet’suwet’en’s population is currently estimated at 2,447 people.

Adapted from Wikipedia’s article on the Wet’suwet’en 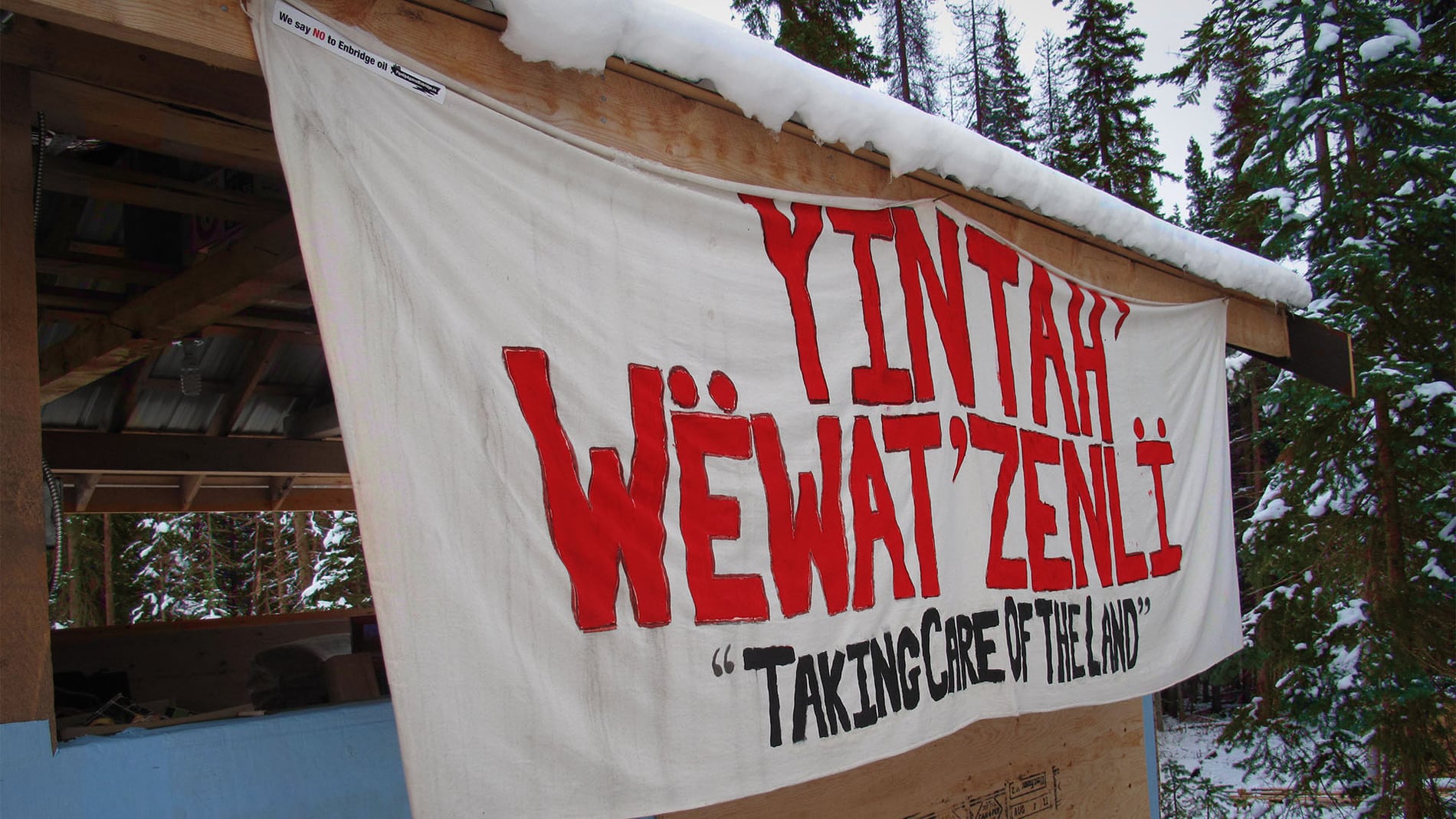