The Nadleh Whut’en First Nation is a First Nations government of the Dakelh people, whose territory is located in the Central Interior of British Columbia, Canada, around the east end of Fraser Lake. The nation has seven reserves which Indian and Northern Affairs Canada refer to as IR#1-9. (Reserves 5 and 6 split from Nadleh Whut’en and make up Stellat’en First Nation. Until 1990, it was referred to as the Fraser Lake Indian Band.

Nadleh Whut’en has 412 registered members, of which half live on reserve. Most of the nation’s members reside in Nadleh, the main community, while others (approximately 20) live at in Lejac. Nadleh is located along the banks of the Nautley (Nadleh) river, between Fraser Lake and the Nechako River. Lejac is located on the south side of Fraser Lake, on the site of the former Lejac Residential School.

The Nadleh Whut’en speak a dialect of the Carrier language part of the Athapaskan language family. Carrier people refer themselves as Dakelh, which means “people who travel by water.”

Their traditional staple foods include salmon, moose, deer, and small game, as well as berries, all of which as still collected by most band members each year for the winter. 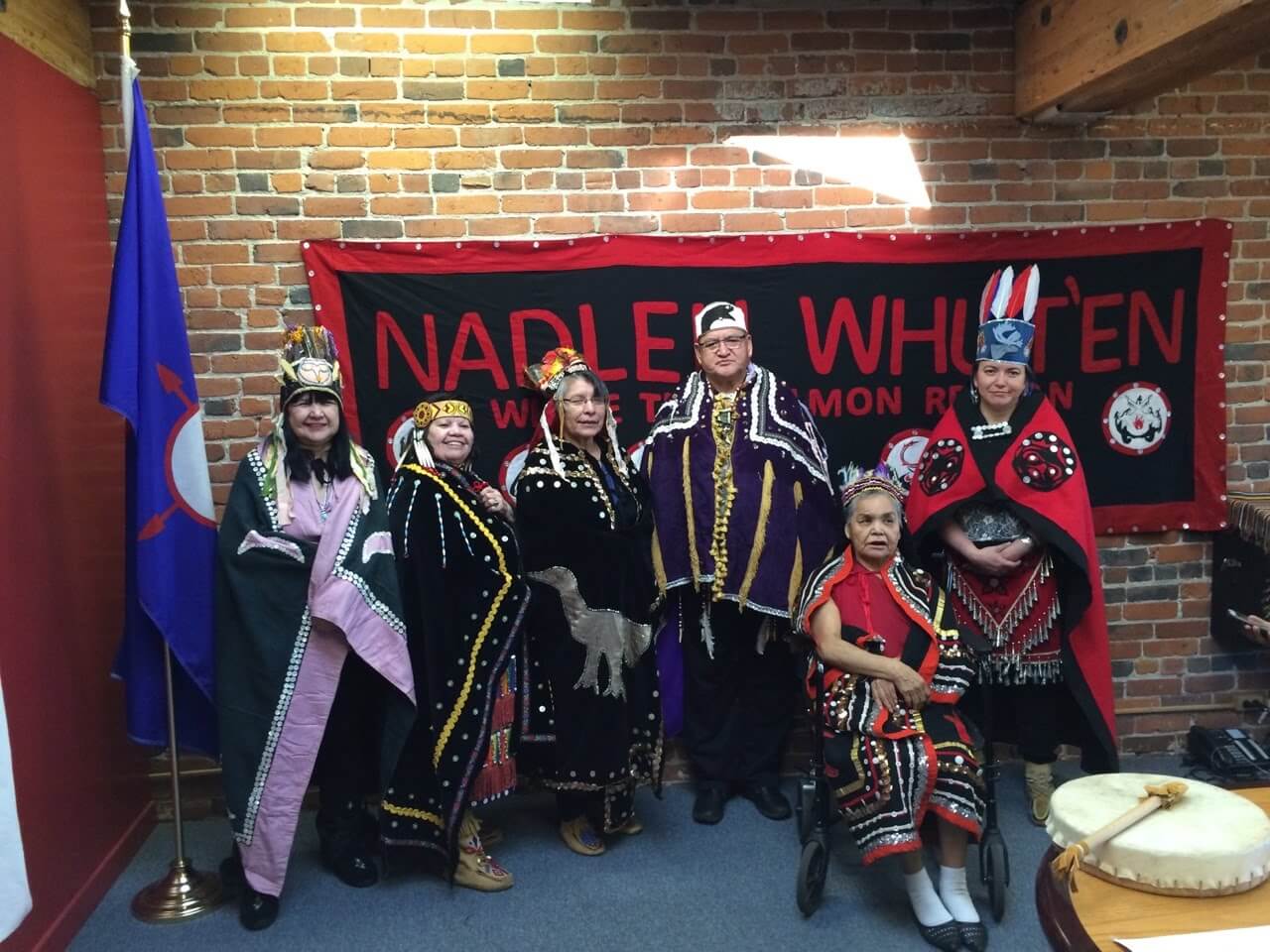 Nadleh Whut’en prepared for a blockade