The Kgeikani Kweni (First People of the Kalahari), more commonly known as the San or the Bushmen, are Indigenous Peoples of the Central Kalahari Game Reserve in Botswana. With a population of about 1,000 people, the Kgeikani Kweni are a part of the much larger Khoisan Peoples, who consist of several different groups in Botswana, Gambia and South Africa.

The Kgeikani Kweni strongly object to being called San, because it is a term that was applied to them by their ethnic relatives and historic rivals the Khoi [1]. The term is derogatory and racist. The Kgeikani Kweni would much rather be known simply as the Bushmen, even though the term is considered by some (outsiders) to be just as offensive as San.

Starting in the 1950s, government-mandated modernization programs forced the Bushemen to abandon their traditional subsistence way of life and become farmers. That policy lasted until the 1990s, when the government switched gears and implemented a relocation policy, forcing the Bushmen off their ancestral land on the Central Kalahari Game Reserve into newly created settlements.

Many Bushmen are still in those settlements today. Fortunately, in December 2006, the Bushmen won a landmark victory in the Botswana courts. The judges ruled that the forced relocation was unlawful, and that Bushmen have the right to return home.

However, despite the judgment, the government refuses to let the Bushmen hunt or gain access to what precious little water there is on their land. The government has also refused to help them return home. 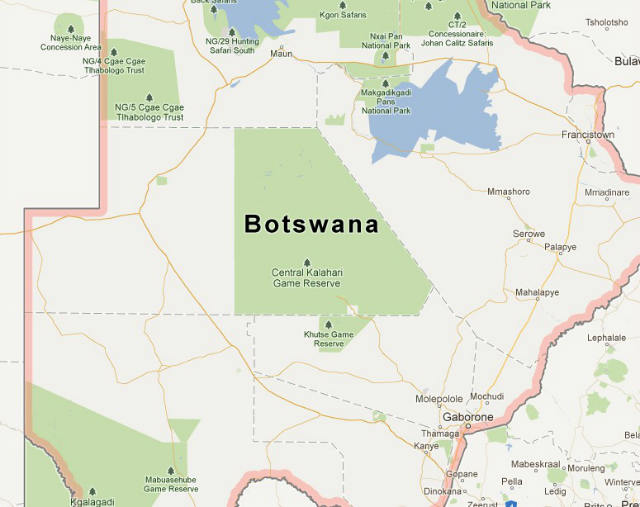 Botswana: Nharo-San vow to resist eviction from their land