The Caritianas or Karitianas are an indigenous people of Brazil whose reservation is located in the western Amazon. They count 313 members, and the leader of their tribal association is Renato Caritiana. They subsist by farming, fishing and hunting, and have almost no contact with the outside world. Their tongue, the Karitiâna language, is a Tupi language of Brazil.

In 2007, it was discovered that Western scientists, unbeknownst to the Brazilian agency, FUNAI, that regulates contact between the Caritianas, other tribes, and the outside world, had drawn blood and collected DNA samples, which were later distributed by a non-profit for a fee (it is not clear if this fee amounts to profits for the non-profit, or not). A response from Dr. Hilton Pereira da Silva who was accused of collecting DNA samples credibly suggests that the news story is faulty and irresponsible.

Adapted from Wikipedia’s article on the Karitiana People 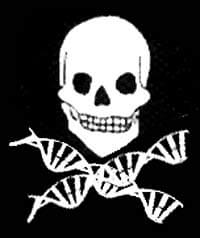