The Ingarikó inhabit the area surrounding Mount Roraima, the dominant landmark on the triple border between Brazil, Guiana and Venezuela, and, above all, the stump of the mythological tree of life, which was chopped down at the beginning of time. Occupying the highest portion of the Raposa Serra do Sol Indigenous Territory, they remained free of the various forms of recruiting indigenous labour that affected neighbouring peoples to the south for centuries. Contacts with their relatives in Guiana are today, as in the past, fairly frequent.

Also known as the Akawaio and the Kapon, the Ingarikó live in seven different villages along rivers and creeks with the highest demographic concentration on the upper Cotingo river and on the Ponari. 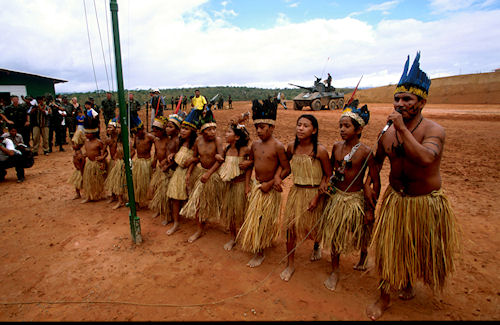