The Hyolmo people (also spelled Yolmo and Hyolmopa) are ethnically Buddhist people whose ancestors migrated to the Hyolmo region at some point during the 13th and 15th centuries from the Kyirong region of Tibet.

Hyolmo is considered to be a “hiding place for sacred treasures.” It is said that in the 8th century, a Prominent Buddhist Master left his “sacred treasures of wisdom” (doctrine) to be revealed by powerful masters in a future time of need.

The population of the Hyolmo exceeds 50,000 within Nepal. However, the 2001 census carried out by the government only listed 579 Hyolmo people.

You can learn more about the Hyolmo at http://hyolmo.com/ 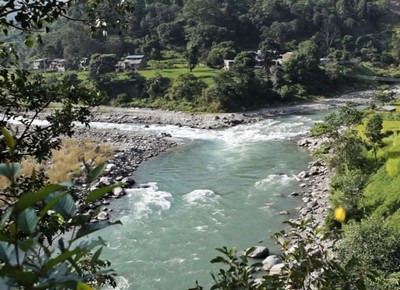