The Boruca (also known as the Brunca or the Brunka) are an indigenous people living in Costa Rica. The tribe has about 2,660 members, most of whom live on a reservation in the Puntarenas Province in southwestern Costa Rica. The ancestors of the modern Boruca made up a group of chiefdoms that ruled most of Costa Rica’s Pacific coast, from Quepos to what is now the Panamanian border, including the Osa Peninsula. Boruca traditionally spoke the Boruca language, which is now nearly extinct.

Like their ancestors the Boruca are known for their art and craftwork, especially weaving and their distinctive painted balsa wood masks, which have become popular decorative items among Costa Ricans and tourists. These masks are important elements in the Borucas’ annual Danza de los Diablitos ceremony, celebrated every winter since at least early colonial times. The Danza depicts the resistance of the “Diablito”, representing the Boruca people, against the Spanish conquistadors.

The majority of the indigenous population throughout Costa Rica makes their living from agriculture, and for this reason the reduction of indigenous lands and its occupation by non-indigenous people has a serious effect on the livelihood of those who live on the reservas.

Article Three of the Indigenous Law of Costa Rica specifically states, “Non-indigenous [people] may not rent or buy … lands or farms included within these reserves.” According to Article 5, the ITCO (the Institute of Lands and Colonization) must relocate the non-indigenous land owners of good faith in the Reserves, or expropriate and indemnify them. 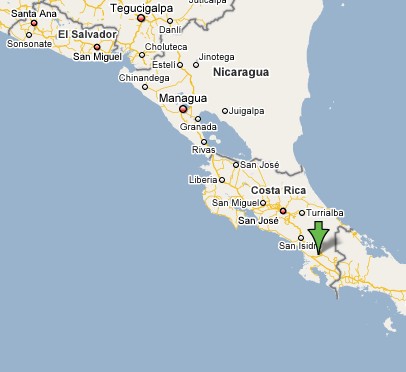