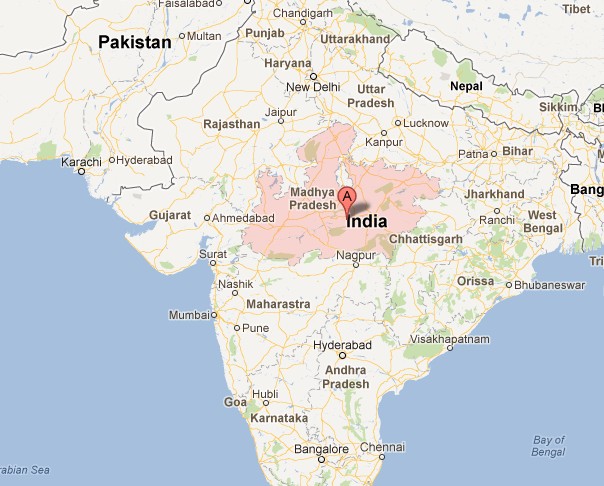 A consortium of indigenous and non-governmental organizations have sounded the alarm over a disturbing new ecotourism scheme by the Madhya Pradesh Forest Department (MPFD).

The MPFD, a government agency responsible for managing all forest areas in the central Indian state of Madhya Pradesh, says it wants to lease out 50 to 150 sq km bricks of land to interested tourism companies who would then be free to change the livelihoods of Indigenous Peoples to something more ‘compatible’ with conservation.

The All India Forum of Forest Movements (AIFFM) and the Campaign for Survival and Dignity (CSD)–the latter, a federation of tribal and forest dwellers’ organizations in India–have strongly condemned the heartless and clearly illegal scheme.

Below: a statement from the Campaign for Survival and Dignity (CSD) and All India Forum of Forest Movements (AIFFM); an overview of Madhya Pradesh

The Madhya Pradesh Forest Department has recently released a rather strange and rather alarming document ‘Development of Ecotourism Forests, Through Public-Private-Partnership (PPP) for Conservation of Wildlife in MP’. Apparently, the document has originated from the MP forest department, and it tries to present a policy framework for leasing out the state’s forest areas to private tourism businesses.

The paper is an alarming attempt to justify effectively giving away forests to the companies for their management. The argument for this – in the form of sweeping and generalized statements on forest degradation – is that local communities and their “extractive overuse” are the main cause of the “destruction of forests and wildlife”. Therefore, the document proclaims, blocks of 50 – 150 sq km each will be reserved in the name of interested tourism companies, who will apparently change the livelihood of forest dwellers to “non-consumptive” forms. Along the way, the document indulges in attacks on the Forest Rights Act and vague statements about how tourism benefits conservation. Though the policy says that the local people’s use of forests will not be affected from the ‘reserving’ arrangement, the operator ‘shall be free to come to an agreement’ with the local people to change their forest use practices.

This is blatant propaganda on behalf of the tourism industry and pushed by the MP forest department. It overlooks the following points:

We are at a loss to understand how such a poorly written and unsubstantiated document can emanate from a government department, especially a document that either ignores or prescribes bypassing of all existing laws, in the sole interest of promoting private business in forests.

We demand an immediate withdrawal of this dubious ‘policy document’. Any attempts to implement this policy will not only be a violation of the law, but will also result in escalating conflicts in forest areas. The forest communities of MP will under no circumstances let their ancestral forests be sold to business houses or such other vested interests.