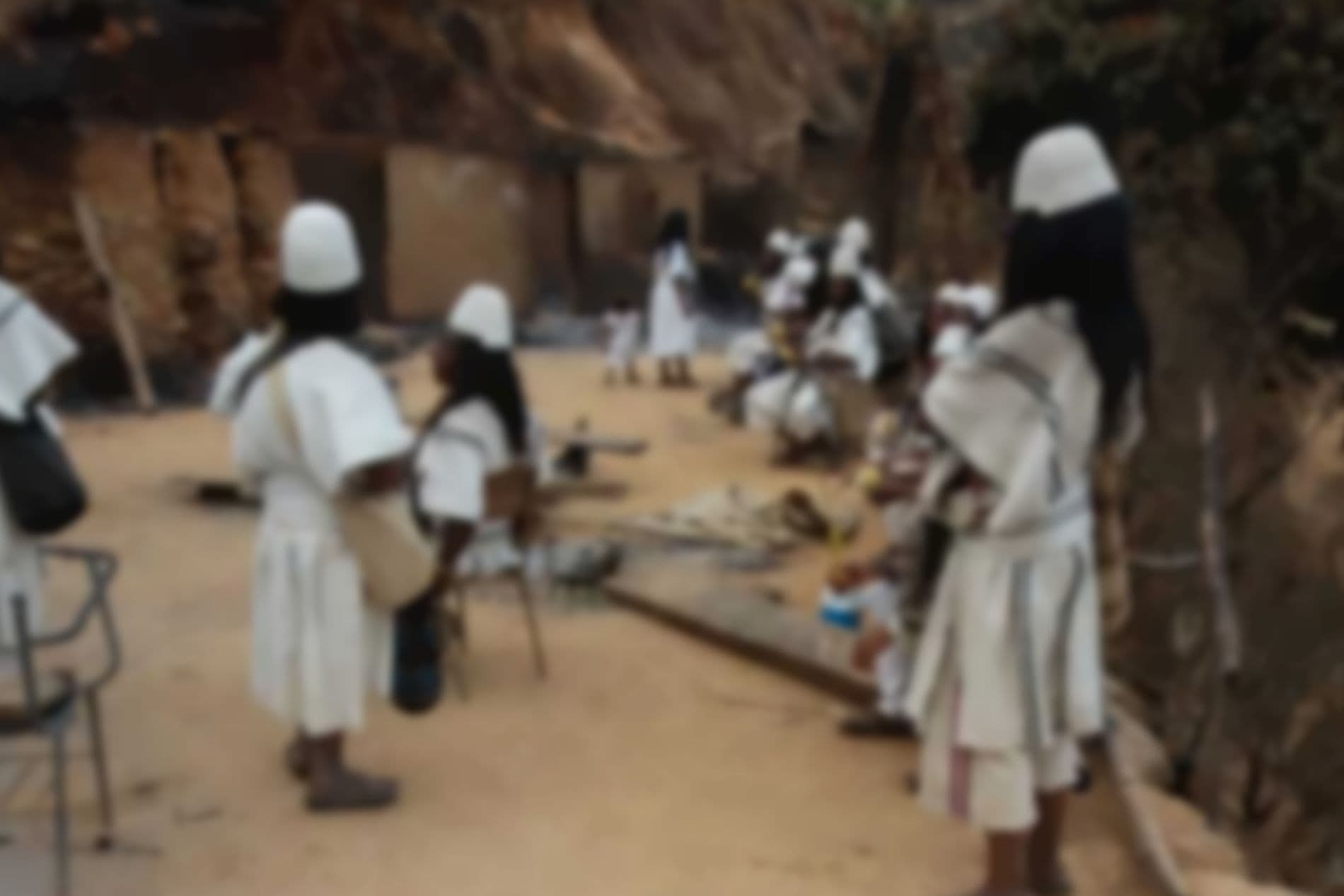 An unprecedented wave of wildfires has swept through indigenous communities in Colombia’s Sierra Nevada de Santa Marta. Three deaths have been reported, and up to 700 people have been listed in critical condition. In the aftermath of the fires, the Arhuaco, Kogi, Wiwa, and Kankuamo Peoples have declared a state of emergency and turned to the international community for help.

Located on the Caribbean coast of Colombia, the Sierra Nevada de Santa Marta is one of the world’s highest coastal ranges. Its millenary guardians are the Arhuaco, Kogi, Wiwa, and Kankuamo, the four indigenous descendant communities of the ancient Tayrona civilization.

The Indigenous peoples believe the Sierra Nevada is the Heart of the World, where they protect the balance of all life through pagamentos, or offerings. The Arhuaco and Kogi were one of the few indigenous communities that were never colonized and resisted being evangelized. They preserve their language, dress, and culture. 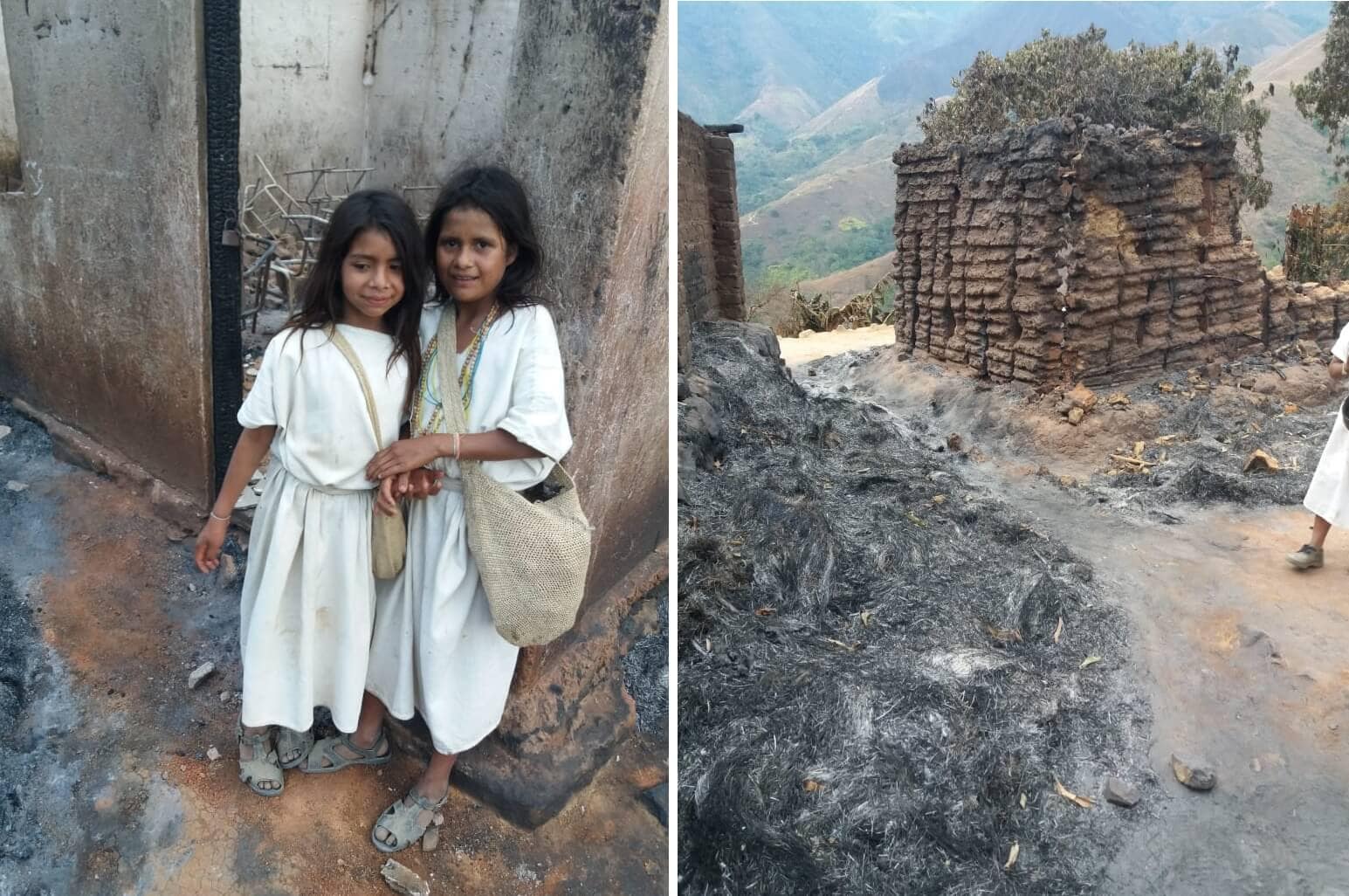 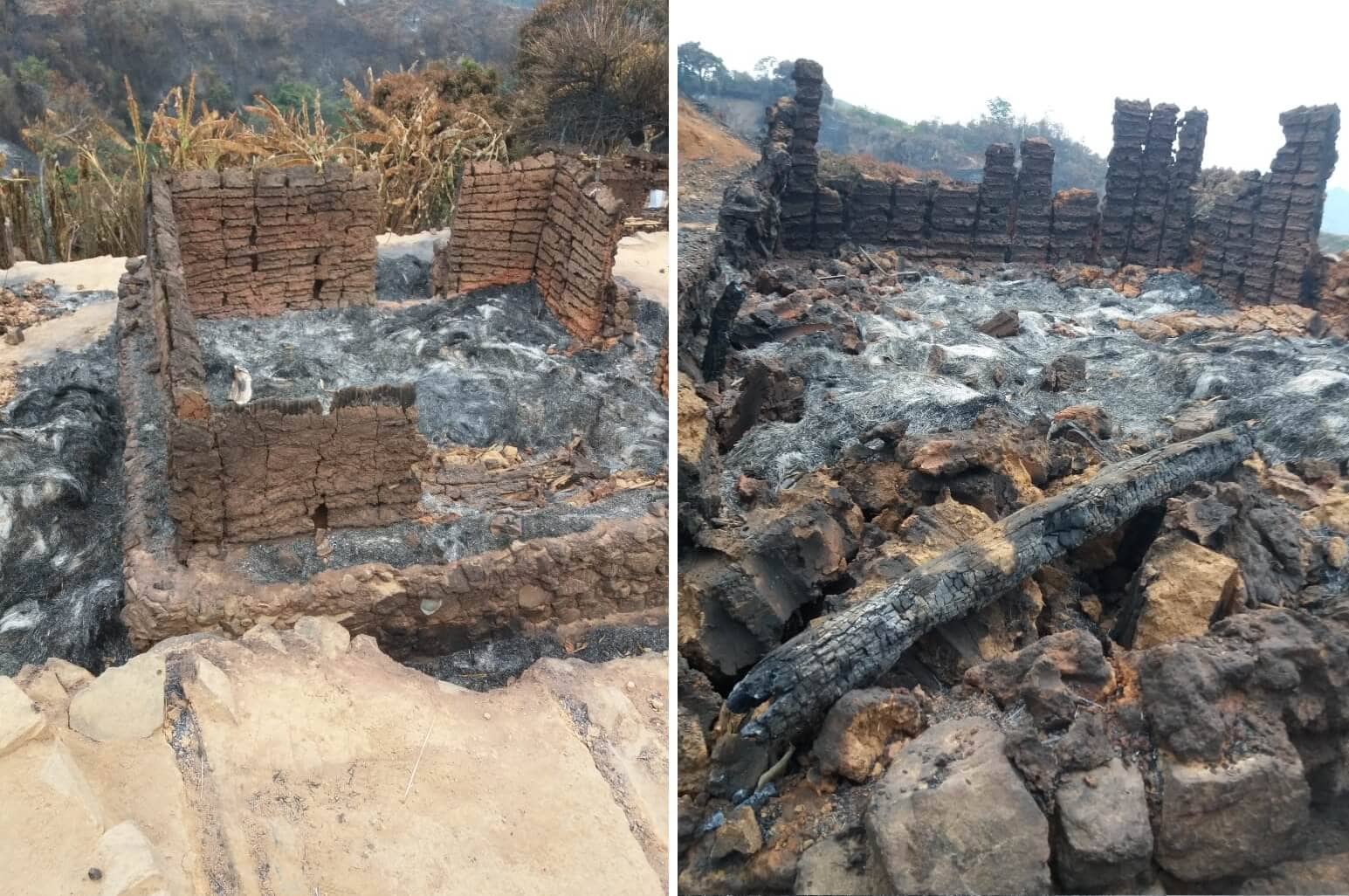 Many animals died in the fire as well, including mules, horses and the sheep that produce wool used to make traditional bags.

In a press release, the organizations representing the Kogui Indigenous People (OGT), the Arhuaco (CIT), the Wiwa (OWYBT) and the Kankuamo (OIK), represented by the Territorial Council of Cabildos (CTC SNG), explain the serious situation caused by the fires and the environmental crisis caused by an unusually hot summer.

The press release states the following:

“The Indigenous Peoples and Organizations Kogui (OGT), Arhuaco (CIT), Wiwa (OWYBT) and Kankuamo (OIK), representing the Territorial Council of Cabildos (CTC SNG), speak about the serious situation caused by the fires and the environmental crisis caused by the strong summer in the Sierra Nevada de Gonawindua.

“We hereby communicate to the public, local, regional, national and international opinion, and the civil society the following:

“As caretakers of the Heart of the World, we express our uncertainty about the serious environmental situation and humanitarian crisis generated by the fires, which have been presented since last February 24, in more than ten (10) places in the Sierra Nevada, that increased because of the long summer, the heat wave and the strong winds that increase the risk of destroying other areas in this sacred territory, threatening our material and immaterial heritage, natural in cultural and environmental terms.

“The magnitude of the damages is incalculable, the fires have devastated more than 1000 Hectares (nearly 2,500 acres) of the mountainous ecosystem of the Sierra Nevada. To date the total destruction of houses in the settlements of Seynimin (Arhuaco), and Waneyaka (Kogi) is reported, fires still persist in the region of Nabusimake (Pueblo Bello), Sogrome, Donachwi, Jukwinchukwa, Suribaka, Shendukua, Zinka, (Valledupar) Piñoncito, Sabana Grande and Potrerito (San Juan), and other regions are at risk. In addition, spiritual and material damages have affected the following ancestral sites: Ezwamas, Kadukwa, Mamanua, Shentuan (Ceremonial Government Center) Kankurwas (traditional houses), farms, health centers, schools, and hundreds of families.

“Faced with this serious situation that puts at risk the balance and harmony of the territory as a source of life and the physical and cultural permanence of the communities that inhabit and take care of the Heart of the World; the mamos (spiritual authorities), indigenous authorities and peoples of the Sierra Nevada de Santa Marta, have taken the following steps:

TO DECLARE [a state of] cultural, social, environmental and economic emergency in the Sierra Nevada de Santa Marta, traditional and ancestral territory of four indigenous communities.

TO REQUEST in an urgent manner the help of national, regional, and local authorities; relief, risk and disaster agencies, [Colombia’s] public prosecutor’s office and international organizations, [as well as] immediate intervention to address the declared [state of] emergency through coordination, accompaniment, and monitoring mechanisms.

TO ALERT the regional and local indigenous authorities along with the communities and families within the [four] communities to take the necessary measures of prevention and control in this situation according to our own mandates and regulations.

TO APPEAL for the solidarity of those who wish to provide humanitarian aid, donations of equipment, non-perishable food, mats, tents, hammocks, and other necessary elements that will be received in the offices of the indigenous houses in Valledupar, Santa Marta, and Riohacha.”

Direct donations can be sent to:

This article is being published in collaboration with The Esperanza Project, a Green News Portal for the Americas.